Realism is the in-thing lately in our Bollywood films. Among the most vital aspects that render a realistic look to a scene is set design, though people associated with the craft do not always get due recognition. Sandeep Sharad Ravade, who has been working as an art and production designer for years now, is happy that all the hard work he put into his latest, “Mission Mangal” is getting noticed.

Ravade has been associated with films such as “Parmanu: The Story Of Pokhran” and “Thackeray“, besides Bollywood’s latest release “Mission Mangal“, which have been noted for their overall realistic appeal. He says in this day and age, authenticity is essential, and that makes it even more challenging than working on a fiction film. 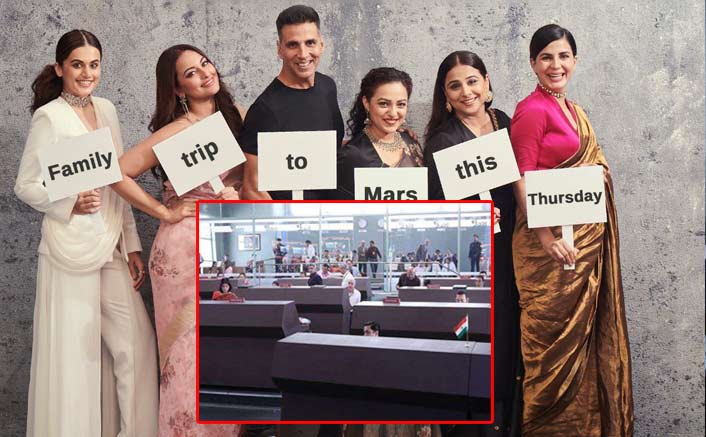 “Movies based on reality are always difficult to do. You can do anything in a love story, but when you do biographies or movies based on true events, people already know about the story. You cannot go wrong with such a film. You have to be particular about how the city was looking in a particular era or what type of movies had released around that time. Little details such as telephone numbers or addresses count,” Ravade told IANS.

“When you see the frame, it is not just about the character. If you remove the character, the maximum per cent of the screen is the production design,” he explained.

However, it is not just reality-based films that pull him like a magnet. In his almost two-decade career, he has also worked on romantic drama and comedy movies such as “Singh Is King”, “3 Idiots”, “Housefull”, and “Yeh Jawaani Hai Deewani”.

Creating the look and feel for a film such as “Mission Mangal“, which is based on Indian Space Research Organisation’s (ISRO) Mars Orbiter Mission (MOM), was not an easy task.

“Right from making the satellites and rockets, authenticity was important. For that, we had to do a lot of study and research. It took us almost two-and-a-half months to do that,” he said.

Entering ISRO was a big no.

“It was not possible. We did our research online. Not much was available because of security reasons. ISRO has a simple set-up with simple people. We had to keep the simplicity.

“Also, director Jagan Shakti’s relative was working at ISRO. He was able to visit the place a couple of times. Even taking pictures wasn’t allowed. So, he observed, remembered and shared with me whatever he saw there,” said Ravade.

Recently, producer Ekta Kapoor was trolled over the use of “wrong rocket” in the poster of her digital project “M.O.M. – Mission Over Mars”, which is on the Indian “women who sent the mission to Mars”.

Asked if sticking to real elements is important to him more so because of trolls, he said: “I am not scared (of getting trolled), but I don’t likhe has also worked on romantic drama and comedy movies such as “Singh Is King”, “3 Idiots”, “Housefull”, and “Yeh Jawaani Hai Deewani”.e anything to go wrong. That’s a challenge for me.”

That’s not the only challenge.

“We don’t get much time. Each and every technician gets less time to prepare for a Hindi film. When we do foreign films, they give us at least six to eight months or a year as preparation time. I suppose economy is also connected to this. They also have a bigger market,” he said.

Sharing an example, he said: “We did a Chinese film once. It was shot in 37 days, but we took six months to prepare in a big studio. A lot of labour work was involved in it. It was a period film. In India, there is less time, less money and infrastructure… Still, we get success. We manage to do correct things and give a good presentation to the audience,” said Ravade, whose next challenge is a web series by Neeraj Pandey, the shooting for which is going on in Mumbai.