The duo recently visited Pune and had gala time promoting their Film there.

In an interview to TOI, the actress stated that she is hungry to play different characters and is keen to try her hands in acting in different languages like her cousin and global star, Priyanka Chopra. 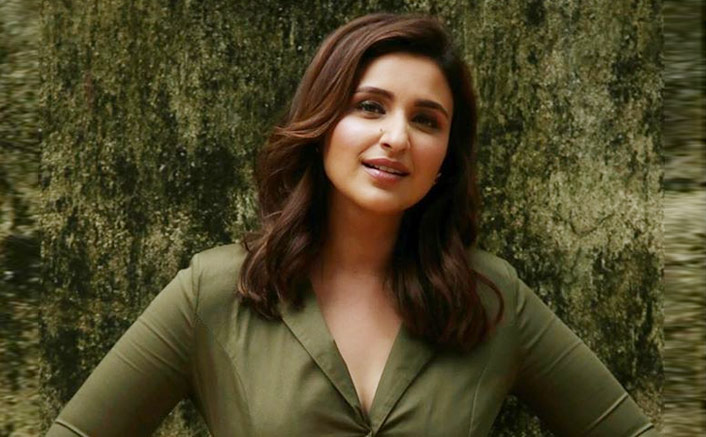 The ‘Ishaqzaade‘ actress also quoted that she would love to try her luck in Hollywood films few years down the line and not now. She further said that she has been getting some very interesting characters and films in Bollywood at this moment, and is very content with the work that she has been receiving in Bollywood.

As she said, “I would love to go Priyanka’s way, but right now, I am getting amazing work in India and I am doing diverse roles. Like the one in Jabariya Jodi – I’m sure the audience will smile after watching me and Sid.”

The actress also expressed her views on Marathi films, as she stated that she is mighty impressed and is a keen admirer of Marathi film industry and its work. Given an opportunity, she would love to act in Marathi film.

Parineeti said, “I was talking to Sidharth about the Marathi film industry and how amazing it is. I think the industry stands for quality. At least four times a year films come out that talk about something new. They are real game-changers. We tend to talk of Bollywood and Bengali cinema a lot, but I think Marathi Films are awesome.”

“Some of the most prolific actors in the country are Marathi actors. Sachin sir (Sachin Khedekar) is one of my favorites. I would love to do a Marathi film one day. I don’t speak the language at all, but I would love to do it because of the kind of subjects being explored in the industry.” added the actress.

Let’s hope that Marathi filmmakers are reading this and approach her with meaty roles for a film or two in Marathi.

Talking about ‘Jabriya Jodi‘, so far the trailers, songs & promos of the film have been very well appreciated by the audience.

‘Jabriya Jodi‘, has been directed by Prashant Singh and it been co-produced by Ekta Kapoor, Shobha Kapoor & Shailesh R. Singh.

The film is slated for release on this Friday (9th August).

The post Parineeti Chopra To Work In Hollywood & Marathi Films? The Actress Opens Up appeared first on Koimoi.