When we talk about the crazy fan-following in Bollywood, Salman Khan tops the list with a massive chunk of movie-goers being his fans. We’ve heard enough of the crazy stories of how people have expressed their love for Salman. But it’s one of those rarest times when Salman has acknowledged the same.

By now, we all know how Salman is taking his social media game to another level with regular posts. After he wished Katrina Kaif yesterday, he shared a video late night of a specially-abled fan painting his portrait. It was unconditional and was an emotional moment for the star. He captioned the video as, “God bless… can’t reciprocate the love but prayers and much love !!!” 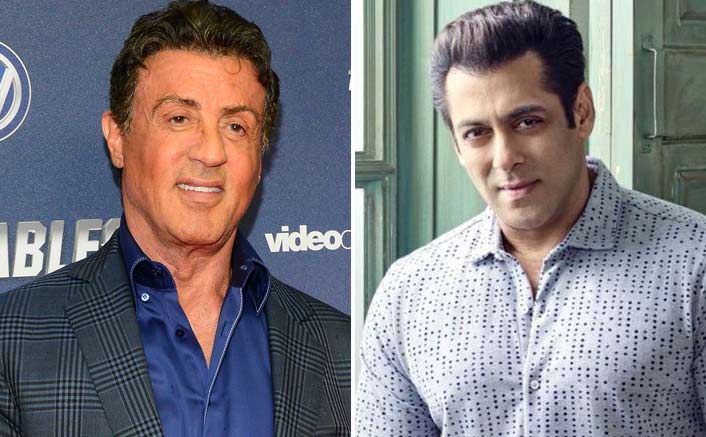 God bless… can’t reciprocate the love but prayers and much love !!!

The post attracted many comments but the one that caught our attention was of Sylvester Stallone. He commented, “This is love and devotion, Sly.” People from all over the world are touched by the love this fan has shown by this fan. 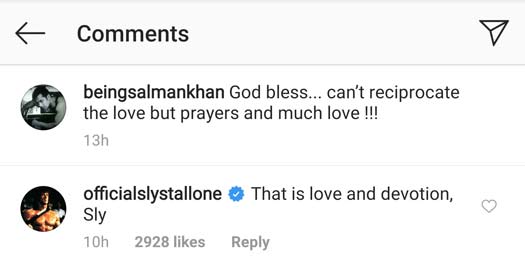 On the other hand, Salman is set to launch an SK-27 Gym Franchise, and plans to open 300 gyms across India by 2020. After his Being Human chain and Being Strong Fitness Equipment, Salman will launch his own chain of gyms and fitness centres, read a statement issued on behalf of the actor.

The aim of SK-27 is to make every individual fit and healthy, apart from creating job opportunities for fitness trainers and entrepreneurs while spreading the message of the Fit India movement. In April, Salman launched his fitness equipment brand Being Strong, which is said to have been installed in over 175 gyms across India.