Lok Sabha Election 2019: Popular film actor Dharmendra on Sunday repeated his famous dialogues from the Hindi blockbuster Sholay as he campaigned here for his wife Hema Malini in the Lok Sabha elections.

Amidst Crypto Decline, BTC’s Trading …
Can I tell you the truth?
Royal Palace Rugs
What Net Worth Makes You Rich? The Av…
God Has an Appointed Time for Your Bl… 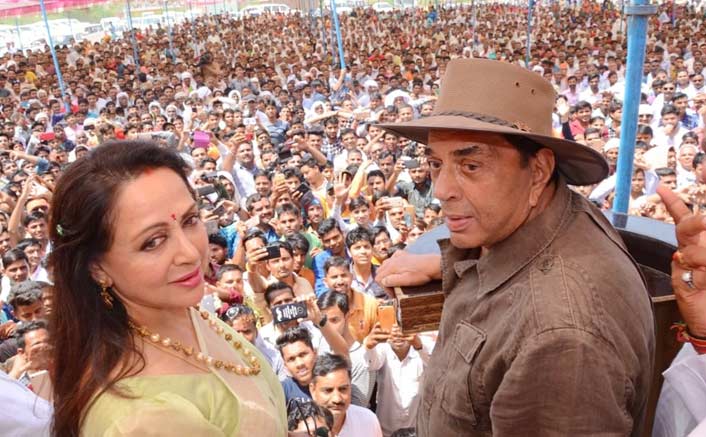 On persistent demands, he repeated his famous dialogues from “Sholay“. He called himself a farmer and appealed to local farmers to strengthen the BJP. He said,  “Gaaonwalo, agar aapne Hema ko badi jeet nahi dilayi… tanki kidhar hai?” (People, if you didn’t help Hema to acquire majority this election… where’s the water tank?). The ‘water-tank’ reference was from his movie ‘Sholay’.

Hema Malini was with him during meetings and at many interactions in Goverdhan area.

Dharmendra promised to return to the region after Hema Malini’s victory and have food at a farmer’s home.

Earlier, Hema Malini tweeted: “Today is also a special day for me! Dharamji is here in Mathura to campaign for a whole day on my behalf.”

The actress’ campaign has been inspiring jokes and memes galore on social media.

Her farm woman avatar, wherein she joined farmers and tried her hand at cutting the wheat crop in this region in Uttar Pradesh, invited not just scorn from the opposition but also the tag of ‘drama girl’ over the ‘dream girl’ she has been known as.