Zoya Akhtar’s Gully Boy is all set to rock the screens this Valentine’s Day i.e. on 14th February 2019. The film features Ranveer Singh and Alia Bhatt in a never-seen-before avatar. After garnering praises at Berlin Film Festival, the makers held a special screening at Yash Raj Studios and going by the first reactions, it seems like Zoya and team have outdone themselves with this musical-drama.

After catching the movie in the special screening held yesterday, the celebrities like Rahul Bose, Shankar Mahadevan and others, have praised the performances of the cast and Zoya’s filmmaking. 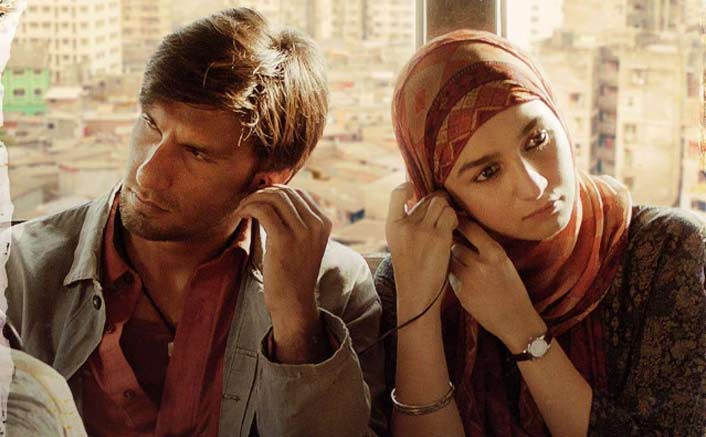 Read the reactions below:

Few more words on #GullyBoy. @RanveerOfficial finest work yet. Contained yet free, nuanced yet explosive. @aliaa08 A brilliant, achingly true performance, your heart breaks. The rest of the cast were perfectly pitched. Take a bow @jayoza : brilliant camerawork in a complex film.

Watched #GullyBoy yesterday. It takes you into a world you know nothing about & makes you care for its people, their lives, their futures. What more can an audience ask for? Superbly directed, spot on performances, great emotional highs and lows. And banging rap – music & lyrics.

I was in awe of #ZoyaAkhtar watching #GullyBoy. It’s Oscar Level

Was blown away seeing #AStarIsBorn, but Zoya you beat that experience for me!!! Your film pierces right through your heart & then goes home with u!!! Can’t be missed. @Javedakhtarjadu @RanveerOfficial @aliaa08

The sound of Apna Time Aayega reverberated at the Friedrichstadt-Palast here as Bollywood actor Ranveer Singh rapped away, much to the delight of the packed audience, at the world premiere of the forthcoming film “Gully Boy” at the 2019 Berlin International Film Festival.

“Packed house with the loudest, most passionate cheers. Berlinale gets a taste of the crazy Indian film fan at the world premiere of Zoya Akhtar’s ‘Gully Boy‘,” tweeted Smriti Kiran, Creative Director, MAMI Mumbai Film Festival, who was present at the screening on Saturday night.

According to Cameron Bailey, Artistic Director, Toronto International Film Festival, a regular at the Berlinale, Gully Boy elicited the biggest cheers, he had heard in 20 plus years at the annual film jamboree here.

Directed by Zoya Akhtar and produced by Ritesh Sidhwani and Farhan Akhtar under the banner of Excel Entertainment, the film is a story inspired by the slum rappers of Dharavi.