Salman Khan’s Bigg Boss has always been topping the charts, leaving behind almost every other show whenever it gets aired every season. But this year, despite a unique theme in Bigg Boss 12, regular fights, drama – things just aren’t working out for the makers. Audiences aren’t being able to keep them glued, and the makers aren’t being able to make a place for themselves even in the top 10 shows of BARC reports.

We remember the launch day, where each one of us couldn’t keep calm and were excited to write daily LIVE updates but there’s no spark, that’s attractive and it’s visible to how hard the makers are trying! Below are probably the top 3 things that probably aren’t working in the favour of the makers: 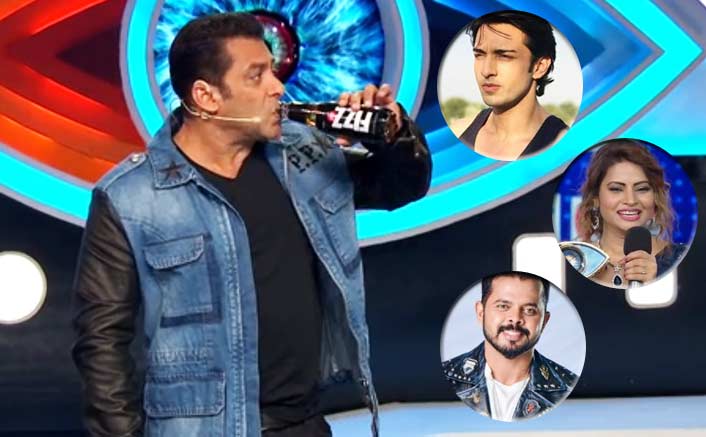 1. Theme -Vichitra Jodi Vs Celebrities: As the season started with the theme of Vichitra Jodis vs Celebrities where most jodis were commoners, the makers eventually went onto seperate them. However, the idea in itself seemed quite bizarre as they still behave like jodis and are all rooting for each other. Unlike the previous seasons, none of the contestant is even bothered about the ‘Commoners Vs Celebrity’ feaud, looks like no one’s interested and all they understand is to just forcefully create issues, fight to gain publicity, and sit back.

2. That Constant Effort: Not that it’s not necessary, but the constant push that the makers have been trying to give, from sending Sreesanth – Anup Jalota to outhouse,brining in Vikas Gupta to show everyone their real faces to bringing Surbhi Rana as a wild card entry have been more than apparent but sadly, nothing’s still working out. Now with another wild card entry of Rohit Suchanti & Megha Dhade who’s previously won the marathi version of Bigg Boss, is it the right move? We’re still not sure!

3.Weekend Ka Vaar: No wonder we all wait for the weekend to come, so that we can watch the anticipated session of the housemates with Salman Khan but the constant moving around the set, the music band, the forceful appy fizz promotion, it’s all been too monotonous for us to take in. Moreover, at some point it looks like Salman has been a bit biased towards Sreesanth, explaining him things in the most subtle way, despite his unforgettable mistakes. Are the makers hesistant of Sree’s obvious agressive reaction?

We have no idea if we shall continue watching the season if this is the ‘entertainment’ factor involved. How about you?

The post Bigg Boss 12: Here’s Why Salman Khan’s Reality Show Is A Turn-Off This Year! appeared first on Koimoi.