The multi-talented star who has been shooting for his upcoming film has taken some time out for his next concert. Prepping for the same he shared sneak peek on social media.

After having a fun filled tour with friends Shankar-Ehsaan-Loy, Farhan now is all set to treat the audience with yet another interesting concert in his UK tour.

Romantic Interior Design
15 stylish homes with modern interior…
Anthony’s is as Italian as They Come
Falling in love with Banyan Batiks Ka…
VECHAIN PRICE ANALYSIS: WILL THE PRIC…

The actor who was in US and Canada in the month of August and September for SELF Tour with his musician friends did many shows across both the countries within a span of 2 months. 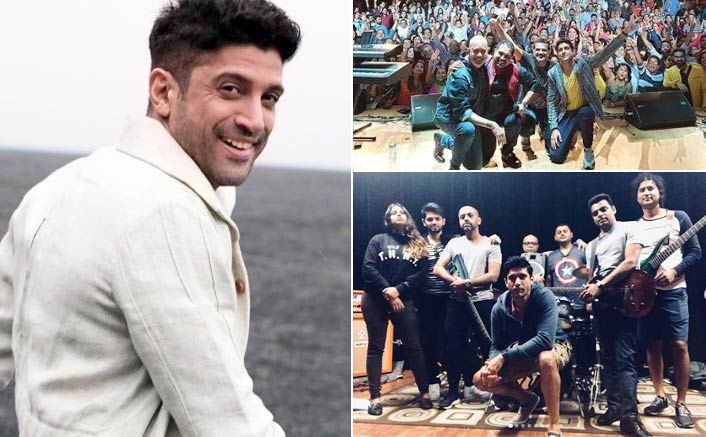 Later, he went on to UK to shoot for his next The Sky is Pink, post which the actor returned to country for some of his brand commitments.

Farhan took to his social media and posted a video where he is seen jamming with the team.

It is very rare that he shares behind the scenes from his jamming sessions.

Despite his packed shooting schedule, Farhan is leaving no stone unturned to make his next concert also a big surprise.

Farhan made a mark in Bollywood itself as an actor-singer with his debut film Rock On!!, which was widely loved and got him recognized as the man with the golden voice.

The actor-director-producer-singer’s songs have been widely loved and appreciated. It wouldn’t be wrong to say that he has now conquered the music industry with his concerts.

On the work front, Farhan Akhtar will be next seen in The Sky is Pink.

The post There Are Way Cooler Things That Farhan Akhtar Is Doing Apart From The Sky is Pink! Deets Inside appeared first on Koimoi.