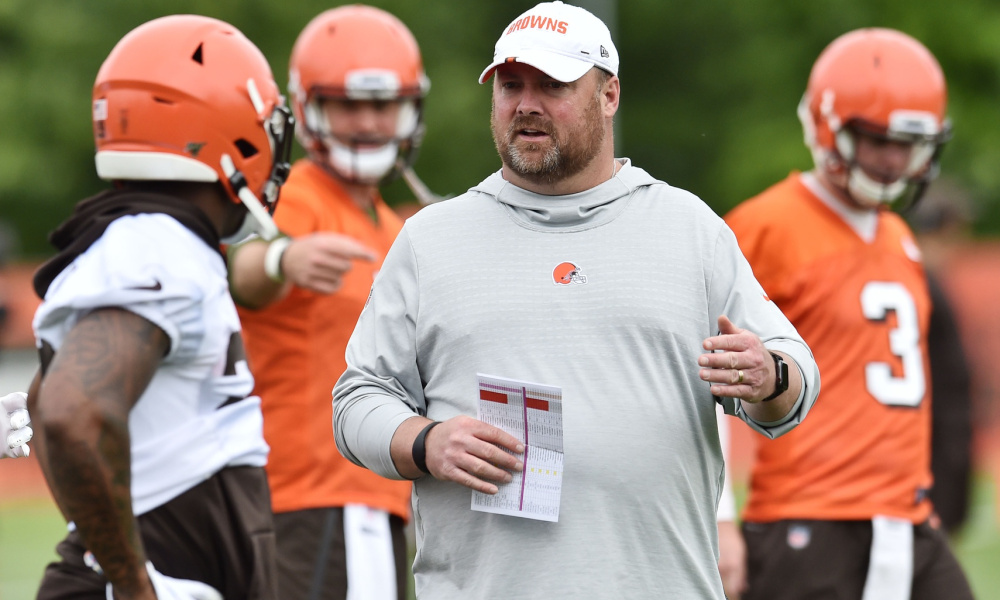 The Cleveland Browns have fired Freddie Kitchens after his lone campaign in charge of the Browns ended in disappointment. (Ken Blaze/USA TODAY Sports)

Freddie Kitchens entered this season with a lot of aspirations as the newly appointed Head Coach of the Cleveland Browns. With quarterback Baker Mayfield coming off an impressive rookie campaign and Cleveland acquiring the services of all-pro wide receiver Odell Beckham Jr to accompany his former LSU teammate Jarvis Landry, the Browns appeared poised to make a run in the AFC.

Instead of becoming meaningful AFC contenders, the Browns seemingly reverted further into their old ways, with the team faltering to a record of 6-10, embodied by their Week 17 loss to the last place Cincinnati Bengals. With no meaningful improvements to be seen and the locker room growing more restless as the season progressed, the Browns organization has now publicly confirmed that they have parted ways with Freddie Kitchens.

Freddie Kitchens has been relieved of his duties as head coach

Having held various coaching positions in the NFL since 2006, serving as Tight Ends coach under Bill Parcells with the Dallas Cowboys, Freddie Kitchens was promoted from his position as Offensive Coordinator under Interim HC Gregg Williams, citing his role in Mayfield’s development. Mayfield’s sophomore campaign was filled with inconsistency, which in turn diminished any impact that Odell Beckham Jr. had to offer, culminating in Kitchens now finding himself without a job.