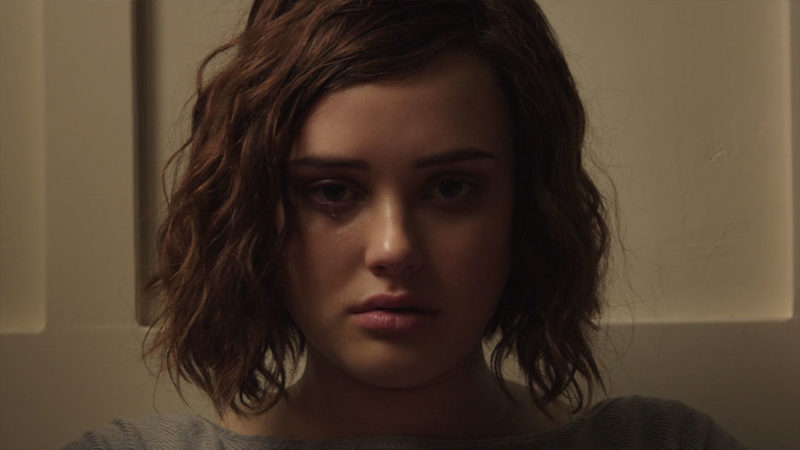 Ahead of the show’s upcoming 3rd season, Netflix has decided to edit the graphic suicide scene in the first season of ’13 Reasons Why.’ (Netflix)

13 Reasons Why has been at the center of one controversy or another basically since it first hit Netflix. One of the major points of contention with the series is its graphic depiction of one of the main characters committing suicide at the end of the first season. Well, after two years on the service and just weeks before the third season lands, Netflix has decided to alter that scene.

In a statement from Netflix released on Tuesday, the company detailed their reasoning behind the decision. “We’ve heard from many young people that 13 Reasons Why encouraged them to start conversations about difficult issues like depression and suicide and get help — often for the first time. As we prepare to launch season three later this summer, we’ve been mindful about the ongoing debate around the show. So on the advice of medical experts, including Dr. Christine Moutier, chief medical officer at the American Foundation for Suicide Prevention, we’ve decided with creator Brian Yorkey and the producers to edit the scene in which Hannah takes her own life from season one.”

Personally, I never watched the show so I have no idea what the original scene even looks like. But, luckily, The Hollywood Reporter broke down the differences between the original and edited versions. “The original, nearly three-minute-long scene — which is no longer available on Netflix — aired midway through the season one finale. It depicted breakout star Katherine Langford’s Hannah assessing her life in the mirror before she is depicted sitting in a bathtub, tear on her cheek, taking a razor blade to her left wrist and piercing the skin. The camera then holds on the character as she shrieks in pain as blood gushes from an increasingly long cut that extends nearly up to her elbow. Hannah is then seen gasping for air as her breathing ultimately slows and bloodstained water drips out of the tub. Not long after, Hannah’s mother (Kate Walsh) discovers her daughter’s lifeless body in the blood-filled tub.”

It’s surely a disturbing scene. Even with the mature content warning that warns of “graphic depictions of violence and suicide,” many viewers still felt it was too graphic and could trigger copycat cases. So, Netflix essentially edited the scene out entirely. It still begins with Hannah staring into the mirror but cuts from that straight to her parents discovering her body in the tub. Netflix has also said they will be monitoring the internet and shutting down any pirated versions they find with the unedited scene.

Creator and showrunner Brian Yorkey released his own statement regarding the edit on Tuesday.

“It was our hope, in making 13 Reasons Why into a television show, to tell a story that would help young viewers feel seen and heard and encourage empathy in all who viewed it, much as the best-selling book did before us. Our creative intent in portraying the ugly, painful reality of suicide in such graphic detail in season one was, to tell the truth about the horror of such an act and make sure no one would ever wish to emulate it. But as we ready to launch season three, we have heard concerns about the scene from Dr. Christine Moutier at the American Foundation for Suicide Prevention and others, and have agreed with Netflix to re-edit it. No one scene is more important than the life of the show and its message that we must take better care of each other. We believe this edit will help the show do the most good for the most people while mitigating any risk for especially vulnerable young viewers.”