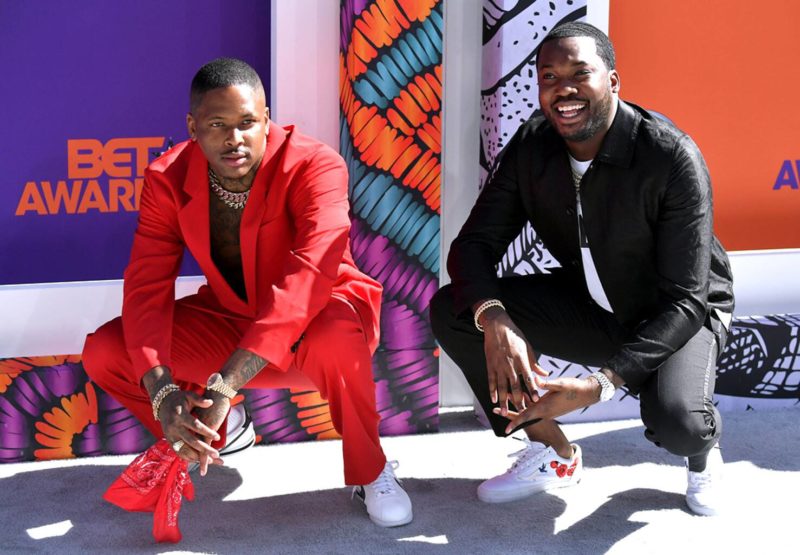 Meek Mill and YG. The duo pair up on the red carpet at the 2018 BET Awards.
Rob Latour/REX/Shutterstock

The 2019 Bet Awards are set to air this Sunday. Hosted by Regina Hall this year, a list of performers were announced earlier this month that included Cardi B, Lil Nas X, and more.

The awards show will also feature a special tribute to Nipsey Hussle from John Legend, YG, and DJ Khaled. The BET Awards 2019 will air live from the Microsoft Theater in Los Angeles on June 23 at 8 p.m. ET.