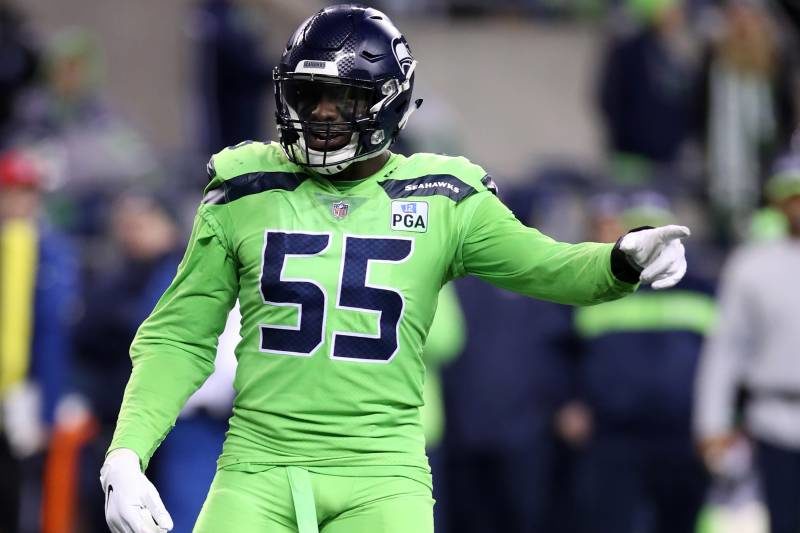 After trading Dee Ford to the San Francisco 49ers and letting Justin Houston walk to the Indianapolis Colts earlier this offseason, the Chiefs were left with a sizeable hole in their pass rush. However, just two days before the draft the Chiefs have made a splash move trading for Seahawks pass rusher Frank Clark for their 1st round pick, a swap of 3rd round picks in the 2019 draft and a 2nd round pick in the 2020 draft, as first reported by ESPN’s Adam Schefter.

Seahawks agreed to trade their franchise player, DE Frank Clark, to the Kansas City Chiefs for a 2019 first-round pick, a 2020 second-round pick and an exchange of third-round picks this year, per league sources.

The Chiefs and the previously franchise tagged Clark wasted no time agreeing to a long term extension, as the sides settled on a 5 year, $105 million extension, with $63.5 million guaranteed, also per ESPN’s Schefter.

After losing a player in Dee Ford that posted 13 sacks last season and has tallied 30.5 sacks altogether so far in his career, the Chiefs did well replacing his impact with Frank Clark, who also posted a 13 sack season in 2018 and has 35 career sacks in one less season than Dee Ford. Going forward, the Chiefs will depend on Clark to continue to power an elite Chiefs pass rush, coming off a season where they ranked 1st in the NFL with 52 sacks.