WHAT IS THE SCIENTIFIC REASON MORE AFRICAN-AMERICANS ARE KILLED BY PANDEMICS? 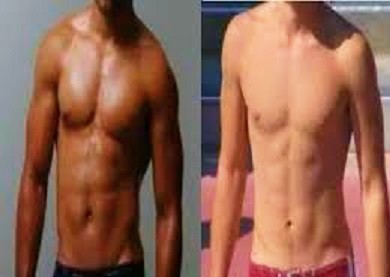 
I am neither a scientist nor medical personnel, however, my association with two great men, the Dutch scientist/micro-surgeon, Johan van Dongen and the German medical doctor, Wolff Geisler, within the medical establishments, have provided and given me ample knowledge about epidemics and diseases.


The fact is, there have been epidemics and diseases, yet information about the origin of most of these epidemics or diseases are suppressed. I must say it clearly that there are certain epidemics that aren't natural, they were deliberately triggered by humans.

Another fact that worth mentioning is we shouldn't always believe in what the health authorities, the US government, the World Health Organization, the Centers for Disease Control, CNN and the BBC, tell us about epidemics. All of them are members of a deceitful empire.

The human body has certain strong cells which fight diseases naturally, we shouldn't be deceived that certain diseases kill more black people or white people, however, there are both temperate and tropical diseases.

There have been historical epidemics, such as the flu, cholera, Asian flu, the black death pandemics, plague of Justinian, etc, while they are collectively called pandemics, the real fact behind them is some are biological weapons.

About the coronavirus, it's too early to find out if it's one of the deliberate biological weapons against humanity to reduce the world population, however, the fact which can't be ignored is Aids and Ebola are biological weapons prepared from the laboratory of the US government.

Therefore, it's meaningless and blatant lies for the World Health Organization and the Centers for Disease Control, to make us understand that HIV-AIds and Ebola are diseases that kill more black people than whites. Ebola is to kill Africans, while Aids virus was made in a way to take the lives of black people.

Dr. Wolff Geisler pointed out in his book, 'Aids, Origin, Spread, And Healing,' that:

Despite that Cryptococcosis reproduces more slowly in hot surroundings as opposed to the cooler ones, and although it infects White people four times more easily on average than Black people, it was discovered on average six times more frequently in Aids Patients from Zaire than patients in the USA.
Isosporiasis was not described as being the consequence of intentionally produced immunodeficiencies. Isospores are, therefore, not opportunistic agents which come to bloom when there is a reduction of defense.
In 1983, isosporiasis was first described among Aids patients, three persons originating from Haiti in the Jackson Memorial Hospital in Miami, Florida, USA. In Kinshasa, Congo, 19% of all Aids patients were also infected with Isospora belli, and likewise in Lusaka, Zambia.
In Haiti, 15% and in Uganda, 13% of the slim disease patients had isosporiasis. But in the USA, there were only 0.2%, and for a quarter of these, namely, those immigrants originating from Haiti. It was proved that they had stayed in special camps in Florida.
The cryptococcosis causing agent, a fungus, does not exist in healthy persons as an opportunistic agent and thus, not reactivated in cases of immunodeficiency.
It is transmitted in the air. The fungus is found more frequently among Aids patients than in immunocompromised persons who are not infected with HIV.
Even though the coronavirus has killed both whites and blacks in the United States of America, based on this scientific fact by Dr. Wolff Geisler, I am convinced that certain pandemics are not natural but man-made and also laboratory-engineered to target a particular race.

WHAT IS THE SCIENTIFIC REASON MORE AFRICAN-AMERICANS ARE KILLED BY PANDEMICS?