NOW I UNDERSTAND WHY MANY PEOPLE COMMIT SUICIDE 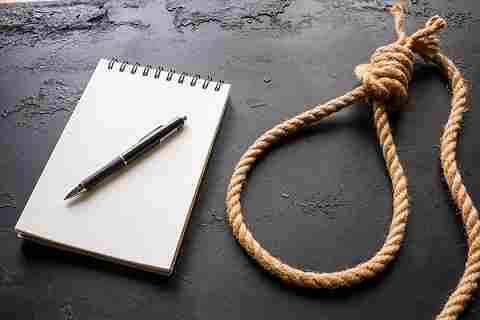 Don't blame people that commit suicide, blame the dishonest people that make their lives a hell

I am a very strong person, therefore, many times; I do ask myself, what kinds of problems often push people to commit suicide?

Because I know very well that there is no problem, no matter how big or small, whether has a solution or not, can force me to kill myself.

However, after a certain period of time, based on my own experience with Google and politicians, including that of the United States and Belgium governments, I clearly understood the reason many are not interested to live in this world any longer.

If I commit a crime, I will be sent to prison but Google abused its power and violated my rights by destroying our genuine health blog that exposes the US and Belgium governments, the World Health Organization, and Centers for Disease Control about medical crimes committed against humanity, especially, black people.

Decades after European countries lost their colonies in Africa, it still hurts them today, therefore, their revenge is to decimate the continent with man-made diseases, such as HIV, Aids, Ebola, Lassa fever, tuberculosis, etc, and many others, yet, they don't like to be exposed or to talk about them.

African-Americans have been killed through man-made diseases and contaminated vaccines in large numbers, while many black people in Africa have also perished through biological weapons.

In reality, the truth is what makes one a patriotic person but today, lies and deception rule the world, therefore, your truth makes one an enemy. You will be treated like a criminal just because you are not interested to live that deceptive life.

The world is now so dangerous and full of lies to the extent that life is meaningless to many people today, the reason suicide has increased more than before. I can't imagine being ruled by political criminals known as politicians today.

It's very disgusting and sheer wickedness knowing the type of people we have in politics today, causing pain, hardships, and suffering to other people for their selfish gains, through man-made diseases and continue to let the world know that bats, primates, monkeys, bushmeat, poverty, etc, are responsible.

As for me, I am too strong to entertain any suicidal thoughts because life is precious to me; however, the blood of the innocent people politicians have killed will always remain indelible in their hands.

Subjecting people to suffering because of the truth even makes them tougher than they can, I am happy to be one of them.

This post first appeared on Ghana Crowsourcing News, please read the originial post: here
People also like
Reduce Workplace Stress and Thrive
Teen Depression: Essential Signs & How Parents Can Help
3D ‘Lung-on-a-Chip’ Model: New Therapy Testing for COVID-19
An Officer and a Spy
A Furry’s Guide to Cryptocurrency
10 Psychological Factors That You Can Improve with CBD Oil
How To Get Rid of Ticks in the Yard – 8 Steps
WHAT IS BUSINESS COACHING?

NOW I UNDERSTAND WHY MANY PEOPLE COMMIT SUICIDE