THE OBSESSION TO CONTROL THE WORLD BY GLOBAL DEPOPULATION, VACCINES 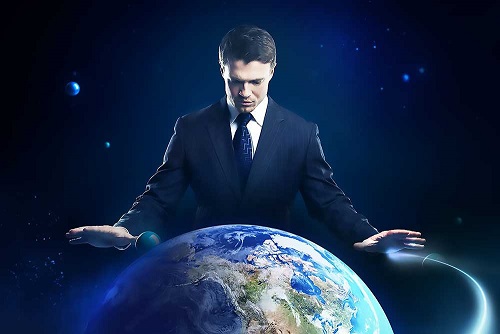 Greed, power, and money, have dominated mankind to their own injury

Humanity's leading voices in the fields of science, healthcare, law, and journalism are speaking out. Listen to these heroes of Humanity, who risk everything to inform you about what is truly happening in the world today.

"A network of 100 lawyers and 100 scientists has all the evidence that the pandemic is the worst crime against humanity ever committed."

Dr. Reiner Fuellmich is a world-famous trial lawyer, who has been suing large fraudulent corporations for decades and a vast international network of lawyers have interviewed more than a hundred experts from every field of science.

They have conclusive evidence that the pandemic and lockdowns are the worst crimes against humanity ever committed. The PCR tests are 100% fraudulent, government officials are massively bribed or blackmailed to collaborate and media is used to deceive the world, and so on.

The life-threatening disinformation campaign has been launched - Americas Frontline Doctors

Doctor Simone Gold the founder of America's Frontline Doctors, a large group of leading physicians in the United States organized a White Coat Summit in which they explained how the news media, Big Tech, and government agencies are collaborating to misinform the world, driven by a political agenda.

These Medical experts explained how there are several cures for COVID, how dangerous masks are to our health, why lockdowns are far more destructive than any virus can ever be, and so on. This medical summit was viewed twenty million times, in a matter of hours.

People recognize the truth! A video of Dr. Gold explains serious concerns about the experimental vaccines that are unlawfully imposed on all of humanity, for a disease that has a 99,97% survival rate, while safe and effective cures are being hidden from humanity.

In every nation, there are organizations with thousands of medical doctors, Scientists, and lawyers who are speaking out against the criminal policies of corrupt governments and news media.

On an international level, there is for example the World Doctors Alliance and COMUSAV, two organizations that connect tens of thousands of medical professionals, lawyers, and experts from every field of science.

There are reasons those 34 medical experts share why they oppose the experimental, untested, and gene-altering biological agents that are falsely marketed as 'vaccines.'

The companies who make these experimental products are shielded from all liability and no insurance company wants to offer any kind of protection against these supposed vaccines.

Cures for COVID are hidden because they want to vaccinate you

The world has great scientists, virologists, biophysicists, and micro-surgeons, who quickly analyze the effect of every pandemic to create the right vaccines or drugs, however, governments, politicians, and pharmaceutical companies will always find a way to discourage them for their greed.

The discouragement of the right vaccines to cure diseases dates back for a long period. It had happened to many scientists before Dr. Didier Raoult, who faced a similar problem after claiming hydroxychloroquine is the right cure for the coronavirus.

It has happened again; this time to biophysicist Andreas Kalcker is an internationally leading scientist who works with over 5,000 medical doctors in almost 30 nations. He developed a 100% effective cure for COVID-19 and all its variations.

This treatment has lowered the daily death rate in several Latin American nations from 100 deaths a day to virtually none. It was first tried by the police and military, and because of the life-saving results, it was then given to millions, who recovered in a matter of days.

A clinical study has confirmed the effectiveness of this treatment, yet, biophysicist Kalcker was however censored on all platforms, his book was removed from Amazon, his Facebook, Twitter, Linked In, and PayPal accounts were deleted.

Eventually, his scientific account was taken down from ResearchGate. As a result, his safe, effective, and cheap cure for COVID was hidden from humanity. At times, I wonder why authorities engaged in criminal activities while they put criminals behind bars.

At times, I wonder why authorities claim they want to make this world a better place, while they engage in crime and even declare war on genuine health writers and health blogs.

What they never think about is today is for them, therefore, they can enjoy their power but the world is rapidly changing, therefore, that power will one day be in the hands of the sick, tired, and psychologically scarred population for them to rise.

I’m not a clairvoyant to predict what might happen that day, therefore, they should be very careful. The intelligent ones who have ears, let them hear.

This post first appeared on Ghana Crowsourcing News, please read the originial post: here
People also like
Urban, Suburban, or Rural Practice: Pros and Cons
NCAA COVID Protocols: Can’t Play? Forfeit
Most Beautiful Mountain Lakes in Switzerland You Can Easily Reach
Twitter Opens Account Verification Program For Everyone; Here’s How You Can Apply
Teen Depression: Essential Signs & How Parents Can Help
A Balanced Response to Allen Gwinn
10 Health factors that you can improve with Delta 8

THE OBSESSION TO CONTROL THE WORLD BY GLOBAL DEPOPULATION, VACCINES