After All, There Is No Free And Fair Election In America's So-called Democracy? 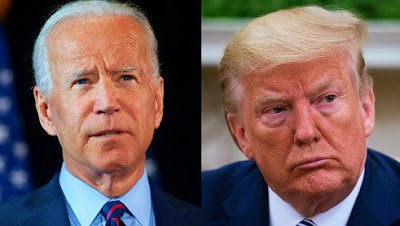 The US presidential Election was held on November 3, and Joe Biden, the political rival of Trump, won the presidential race, since then, Trump who is not happy about the election results, has repeatedly claimed the elections were rigged.

Cup and handle failed, what now?
Holiday Cards – A Brief History
Batman vs The Predator I An fine exam…
Best Organic Coffees That Are Healthy…
Rolex Daytona: Things to Know Before …

Being an African writer, I have something different to share about this accusation. There are many products in this world that good marketing strategies of lies and deceptions have made them very special and famous indeed, but once you become familiar with any of these products, you will find out that they are not really what they are.

The same thing applies to the United States of America. Everyone sees America as a great country, built on the foundation of democracy; and very often the leaders interfere in other governmental affairs, and around the world, persuading countries under military including Africa, to emulate democracy.

On many occasions, American officials go to troubled countries in the third world to monitor elections, just to avoid any political unrest and make sure the elections as free and fair. But now what are we reading in the papers about just the concluded America's 2020 presidential elections? Trump is accusing the Democrats of election fraud.

Whether this is true or false, America has proven that there are loopholes in its democracy and after all, there is nothing called free and fair elections in America, despite going to other countries to monitor elections. I have said it over and over, yet still, I am not tired of saying that there is nothing special about America.

In fact, the countries' bad policies, arrogance, and foolish pride haven't only brought untold hardships to Americans but to the entire world. Political greed, and the thirst for power, have generated hate for America, leading all of us to the slaughterhouse of COVID 19 today.

This same hate nearly escalated to the third world war when America and North Korea were at loggerheads. This is what I write and nobody should expect me to write anything different because everyone knows that when it comes to crimes, including medical, committed against humanity by European and American leaders, their journalists never write the truth.

That is the reason decades after HIV-Aids and Ebola biological weapons hit mankind, European and American journalists that many were at the university, including CNN's Sanjay Gupta, keep deceiving the world that monkeys brought from the Philippines to America caused HIV-Aids, while poverty, bushmeat, and bats responsible for Ebola. God will punish each one of them at the right time.

"America, the land of opportunity, freedom, and democracy," that is what many like to say about this country, yet, in the same country, live the descendants of slavery, who are now African-Americans, yet, can't breathe decades after the abolition of slavery.

"They say in God, we trust," yet America promotes racism, discrimination, white supremacy and in the past either used black people for experiments or intentionally inflicted them with diseases.

"Father, (God) if you are really there as I believe, please, then hear my humble cry because I can't really understand why a whole nation that even claims to have prophets, will continue to abuse your name in such a manner."

Many think Donald Trump's inefficiency as a president, is one of the reasons America is facing such a crisis in the time of the coronavirus. You see, there is time for everything, a time to be happy, a time to be sad, a time to die, a time a new baby is born. The truth is bitter than the bile but we must say it even if that will lead us to the gallows.

Donald Trump is just a scapegoat, unfortunately for him, his cup is full. That has cost him his second term in office. I can't believe that the so-called prophets didn't see that Trump's cup was full, instead, they said God told them Trump will win the 2020  presidential elections.

Reference: The Baal Prophets Of America 2020 Elections That Victory Prophecies For Trump Failed

Many pastors, including Pat Robertson, Paula White, and Chris Oyakhilome, prophesized Trump will win the 2020 elections but he lost

The fact is, if the rain falls, it doesn't fall on one man's house, so, every country that in the past have supported the US government's crimes, have now got its share of the coronavirus, a biological weapon which similar has hit Africa, of which the WHO, CDC, and the US government said monkeys, bushmeat and bats are responsible.

Who knows? Maybe dogmeat caused the coronavirus because the Chinese eat dogs.

After All, There Is No Free And Fair Election In America's So-called Democracy?