OPERATION ABRAHAM AND THE DELIBERATE SPREAD OF HIV THROUGH CIRCUMCISION 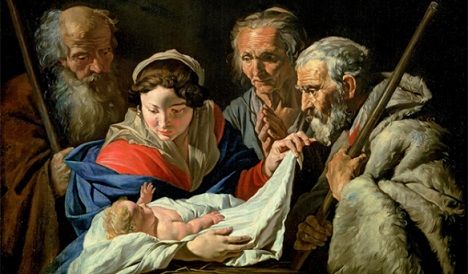 A circumcised child in mother's arm
Although traditional circumcision is associated with a higher incidence of HIV in 15 African countries, various organizations in Israel saw fit to lunch 'Operation Abraham,' in 2006, supposedly to curb the spread of HIV in Africa.
Twenty million men in South Africa, Zimbabwe, Mozambique, Tanzania, Kenya, Uganda, Zambia, Lesotho, Swaziland, Rwanda, and Senegal were to be circumcised by Israelis and local helpers by 2016.

Regaining fitness after major surgery…
أفضل مواسم السياحة في كينيا
Top Extracts Kratom Review
Help For The Inner Journey
Bancor Announces Liquidity Token Aird…
The Bible describes how the Israelis killed all adult males in the city of Shechem with the aid of circumcision. On December 6, 2011, in regards to the World Aids Day, the then US president, Barack Obama, announced in Geneva:
The US government would be financing the circumcision of 4.7 million men in Eastern and Southern Africa, by the end of 2014, as part of the PEPFAR Program. In Washington, 'Operation Abraham,' was represented by "Tifereth Israel."
The US Military HIV Research Program - MHRP, was active in Kenya - Kericho, Tanzania - Mbeya, in cooperation with the Federal German Ministry of Health, in Berlin, Uganda - Kampala, and Mozambique - Maputo.
The companies, Nike, Nokia, Facebook, and Pfizer, were also active in the fields of Aids and circumcision in Kenya and Botswana, as part of their 'Global Business Coalition.'
The Bill and Melinda Gates Foundation, the USA National Institute of Health, and the World Health Organization funded the three misleading circumcision studies in Kenya, Uganda, and South Africa.
By then, the World Health Organization has already funded mass circumcision in Kenya. In two regions where almost all the men had been circumcised, the incidence of HIV rose sharply to 8.3% in Kenya's coastal region.
The male circumcision led to an increase in HIV infection among women in Uganda. In Zimbabwe, where one million men were to be circumcised between 2013 and 2015, there were 7% more new cases of HIV among circumcised men than among uncircumcised men. 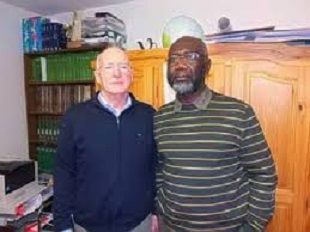 Dr. Wolff Geisler and Joel Savage
In 2012, David Gosselquist proved that 15% - 31% of HIV - positive children in African countries, had become infected before the age of five, as a result of medical procedures, while their mothers were HIV - negative.
The circumcision performed as part of 'Operation Abraham,' consequently spread HIV -Aids through African countries.
Culled from Dr. Wolff Geisler's "The Jubilee Murders - Originators and Methods of Mass Murders."

OPERATION ABRAHAM AND THE DELIBERATE SPREAD OF HIV THROUGH CIRCUMCISION