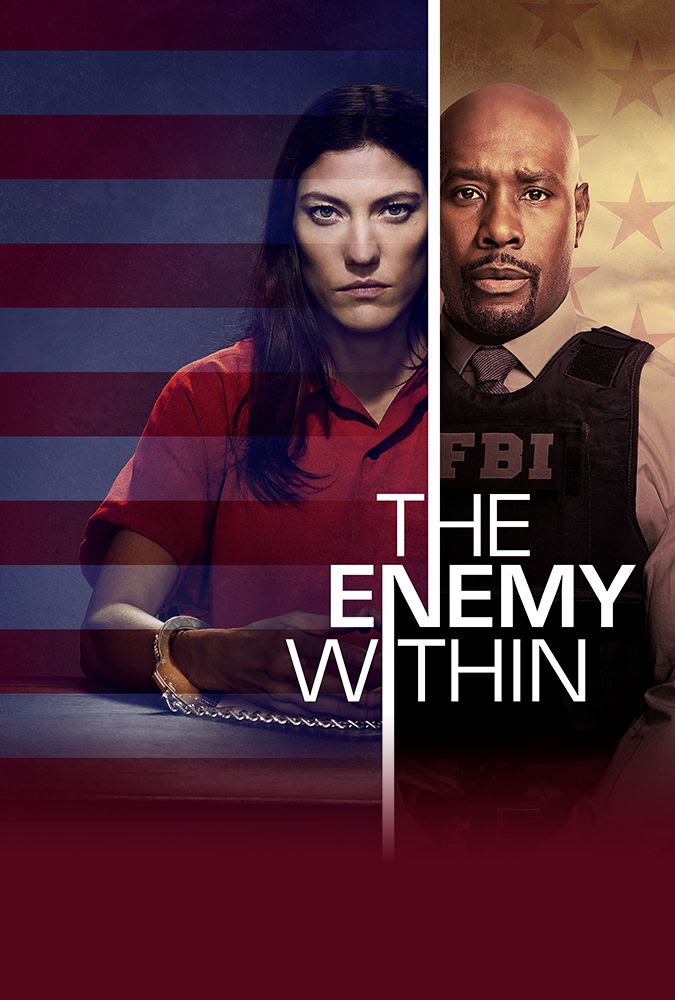 There's always been a tension between the CIA and the FBI on The Enemy Within, to say the least, but it was drawn much more sharply in last night's episode 1.9.   Unsurprisingly, the FBI knew and did what was best.

Of interest, though, was how incompetent the CIA seemed.  They not only were behind the ball most of the time.  They were stubborn, and repeatedly jeopardized the mission.   I usually prefer more subtle distinctions, but 1.9 was a pretty strong episode anyway.

Shepherd, of course, is (former) CIA, now working, in chains, for the FBI.   Come to think of it, there's not much subtle about that, though there's plenty of complexity, and secrets within secrets.  For the past few episodes, The Enemy Within has gone out of its way to show us that Shepherd is actually working with Tal.  But I don't believe it.

I mean, she's working with him, sure.  But the question is for what purpose.  I'm thinking she's connecting with Tal as the most effective way of getting to him, so she can kill him.  With just a few episodes left this season, I'm guessing we won't see that this year.  Instead, I expect the season will conclude with Shepherd appearing to escape and joining forces with Tal.

Will Will Keaton be aware that Shepherd is working with Tal to take Tal out?   I hope so.  Keaton's come a long way in understanding what makes Shepherd tick.  But he's not there yet.  And, who knows, I could be wrong about this theory.

At very least, I hope The Enemy Within is renewed, so I can see if I am right.

Can I consistently feel better?
10 Elite Special Forces From Around T…
How Much Prayer Time Is Required for …
FLY, MAYBE…
My Most Anticipated Retellings From J…
Paul Levinson's books ... Paul Levinson's music