In the last episode of Dilli Darlings, we saw Pooka looking for a venue to host her Kitty Party. Further, Deepshika was seen telling her husband about the bridal recreation theme for the party. Meanwhile, Rashmi's husband refused to attend the couple's kitty party. Deepshika visited a salon and at the same time, she received a call from a suspicious TV producer.

In tonight's episode, Pooja is all decked up for the kitty party. The other ladies are also excited about reliving their wedding looks. However, Seema is not insterested in this theme. She even tells her stylist she wouldn't want to revisit the mistake of marrying her husband for the second time.

Everyone is impressed by the hall which Pooja has picked. Reena shows up without her husband saying he had to take a flight that morning itself. However, Pooja is not sure if she believes Reena. Sona is least interested in the theme but she decides to go for the party after her husband says they should go. 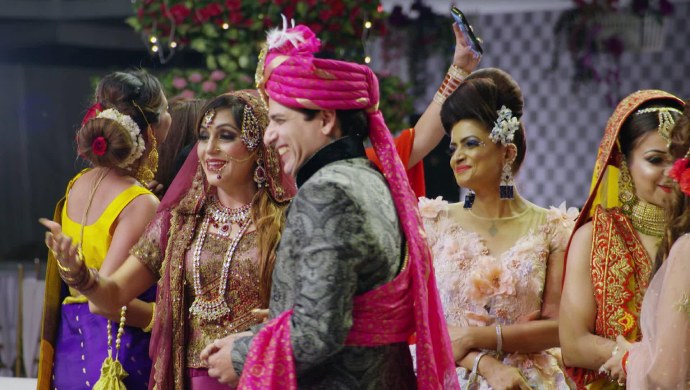 Rashmi also shows up without her husband since he is at work. Shaloo Jindal dresses up in a western bridal gown. However, Manya doesn't like her look at all. She thinks Shaloo wore a curtain and makes jokes about Shaloo needing a separate chair for her dress.

Rashmi too leaves with Reena since her husband says he will not reach in time to pick her up. What happens next at Pooja's kitty party. Watch the latest episodes of Dilli Darlings, now streaming on ZEE5.