The World of Independent Watchmaking

Over the past several years, it seems that more collectors have begun talking about Independent watchmaking and its complex landscape of unique designs, rare timepieces, and impressive innovations. But, the question begs, how do these new names get their start?

What You Need to Know About Sydney Ep…
Passive Income: Why It’s the Key to B…
High Paying Jobs ($100,000+ /yr) With…
Anxiety, depression, pain relief, sle…
WHAT IS SOCIAL MURDER?

How They Pave Their Own Path

According to a WatchBox Studios discussion with Philippe Dufour, a master of grand complications and intricate hand-finishing, many independents are introduced to the trade by restoring watches from top brands like F.P. Journe, Jaeger-LeCoultre, and Audemars Piguet to name a few.

And he should know. At the beginning of his career, Dufour trained at the Ecole d’Horlogerie de la Vallée de Joux, and spent his early years working for acclaimed brands and craftsmen from Jaeger-LeCoultre to Gerald Genta and Audemars Piguet. He credits his thousands of hours restoring complicated pocket watches as the foundation of his expertise. However, after getting a taste for the craft, he soon paved his own path in true independent fashion. 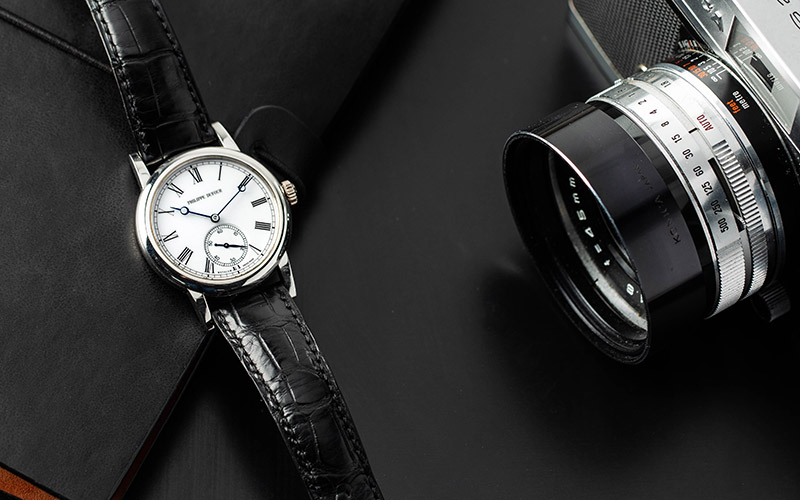 “To work for the other [brand] is not easy for your ego, because I was not allowed to say I made it. They treat my work as potatoes,” says Dufour.

After realizing he had more potential than the constraints that surrounded him, Dufour launched his own workshop in 1978, creating all of his own parts and exercising complete control over quality and creative direction. For him, as well as many other independent watchmakers, starting their own workshop is about working without limits, making pieces and movements that inspire them, and saying what they think without a brand architecting their every move in the background. Simply put, Dufour says “I made a watch to please myself.”

Over an impressive 12 year period, Dufour has created about 200 examples of work, often customized to his clients’ taste. Additionally, he has been recognized as the creator of one of the finest mechanical time-only timepieces ever produced, showing aspiring independents that making a name for themselves in this competitive industry is in fact possible—but that’s not without dedication and diligence.

Many of today’s most popular independent brands may tout their rogue ventures and fresh concepts, but what often goes unmentioned is their sense of high personal standards. According to Dufour, setting the bar high is absolutely necessary, not only for oneself, but for the people who surround them. For example, if an independent watchmaker decides to hire an assistant, craftsman, or refinisher, they must be willing to set the tone so the job is done with excellence and care. To Dufour, there’s simply no room for slipping up in this line of work—which might even mean forgoing a team and sacrificing production quantity. After all, quality trumps quantity and if someone isn’t right for the job, an independent has to be satisfied with making a limited number of watches every year—but hey, that’s half of the appeal for most collectors, right?

All of this is to say, building an independent brand from the ground up is no easy feat, and it’s one that’s quickly dwindling as new talent is hard to come by. For Dufour, it’s not so much that there’s a lack of interest in the watch trade, but rather, most young students don’t have the tenacity and discipline to pursue absolute excellence. However, he has met some rising stars who show promise. His biggest piece of advice for those who want to work as a watchmaker? Go to the market and buy an old watch, then restore it. It’s the best way to learn old techniques, hone problem solving skills, and flex one’s creativity.

The post The World of Independent Watchmaking appeared first on WatchBox.

This post first appeared on Watchbox |, please read the originial post: here
People also like
What You Need to Know About Sydney Epoxy Flooring
Passive Income: Why It’s the Key to Building Wealth
High Paying Jobs ($100,000+ /yr) Without A Degree
Anxiety, depression, pain relief, sleep, stress, and more can all be helped with CBD oil.
WHAT IS SOCIAL MURDER?
French DJ Wax Tailor Is Coming to Toronto - @modo_live @waxtailor @LeesPalaceTO
What Investments Are Safest in 2022?
How culture drives behaviours
European Style Electric Fireplace Heater LED Flame Effect Stove 1000W With Remote Control
On October 18th, NFTOne Pass will be launched grandly, and multi-dimensional value will break the limit of NFT value!
Taiwan Leader Tells China War ‘Absolutely Not an Option’

The World of Independent Watchmaking