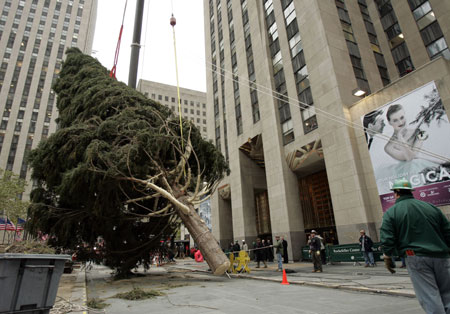 Bah, Humbug and Snow and……….? Well if by now chilly winters fail to remind you of approaching festive season then there is another big hint. The installed 84-foot-tall Norway spruce Christmas tree measuring 48 feet around at New York based Rockefeller Plaza is successful in catching eyeballs and rejuvenating you to bid farewell to this year. The tree has come from Joe and Judy Rivnyak’s yard in Shelton, Connecticut. 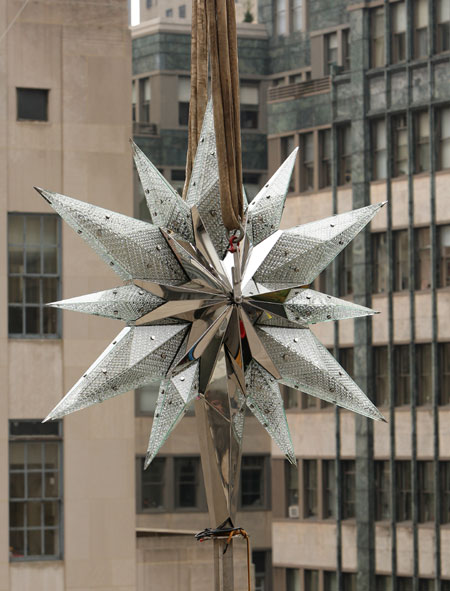 The illumination of the Christmas tree is most likely the renowned celebration of its kind and is scheduled to happen on 28 Nov. at 7-9 p.m. If you join the mob of millions of visitors dropping here just to view the event live, then the feast is available for your eyes through 3 January.

Prior to the traditional tree lighting ceremony on 28 November, a giant crystal star is lifted by a crane to be placed atop Rockefeller Center Christmas tree in New York on 13 November. Decked with Swarovski, precious 25,000 crystals and one million facets, the star has become the major attraction of the city.

But now I think it is sensible for us to say Bah, Humbug, Snow and STARS.


This post first appeared on Luxury Lifestyle, Design & Architecture Blog By Li, please read the originial post: here
People also like
The Wonders of Pili Oil
How To Get Rid of Ticks in the Yard – 8 Steps
5 Unique Ways to Show Your Financial Advisory Clients Appreciation
Hindu Reincarnation Memory Club (HRMC)
“The Friend Who May Not Seem a Friend”: The Cat and the Fire, Part 1 of 3
Floris, South Tyrol
Why Provence’s pompe à l’huile means Christmas