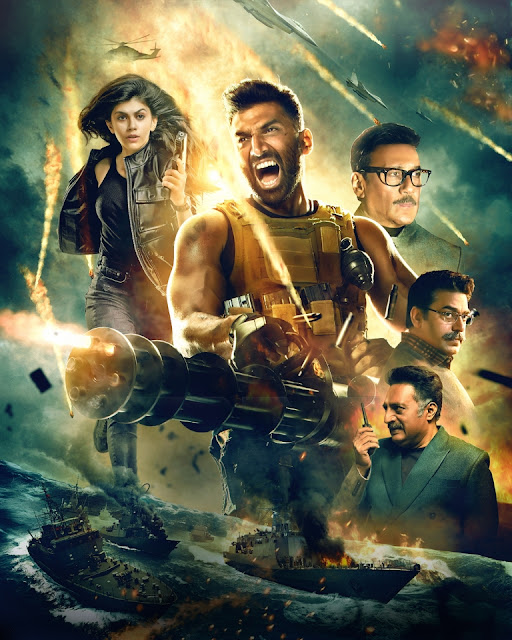 The action avatar of the nation’s heartthrob Aditya Roy Kapur and stunning Sanjana Sanghi in Rashtra Kavach OM has been creating a massive buzz all around and the audience is impatiently waiting for its theatrical release.

5 Celebrities Who Use CBD To Stay Cal…
Will smart glasses replace smartphone…
Step-by-step recipe to make garlic br…
Helmed by Kapil Verma, the Film revolves around Aditya playing the role of Om- an undefeatable soldier fighting to prove his father’s innocence along with protecting the nation.
Here are 5 enthralling reasons to watch this high-octane action entertainer.
1) Aditya Roy Kapur’s physical transformation
Aditya Roy Kapur’s body transformation is the hot-talk of the industry since his look was revealed. His professional training in martial arts, various forms of fighting and his strict diet regime made this toned and rugged hunk avatar possible.
2) Power-packed action stunts
The film has some wait-worthy action stunts that have left everyone in awe, already. The trailer amused the audience to no extent from their high-action packed fights and heavy guns firing, the trailer has left the audience intrigued to see what the film holds in for them.
3) Aditya and Sanjana’s sizzling chemistry
The leading-duo will be seen sharing the silver screen for the first time. The hot and sizzling chemistry between Aditya Roy Kapur and Sanjana Sanghi has been quite prominent in the trailer as well as their recently released romantic track "Saasein Dene Aana" depicted.
4) Sanjana Sanghi’s debut action avatar
From her romantic role in Dil Bechara to being an actioner in Om her career is experiencing a paradigm shift in an early stage. The film will notify Sanjana’s first ever action-avatar for which she underwent gun training and hand-to-hand combat training.
5) A movie that upholds every emotion
The film takes you on a roller coaster ride of every emotion, it evokes a feeling of patriotism along with abundance of family emotion, you will be weeping one moment and smiling with pride the next.