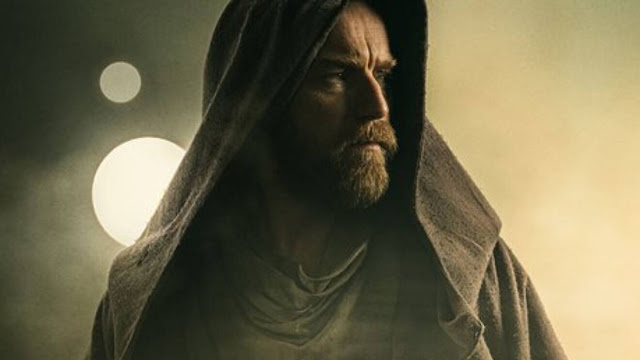 What is Star Wars without its heroes and villains? Speaking of heroes, who is the greatest of all Star Wars heroes? That spot is undoubtedly reserved for the one who successfully resisted the dark side of the Force against all odds. But how did he become a Jedi? He was trained by none other than Obi-Wan Kenobi who also trained Luke's father Anakin Skywalker. At the end of the events in 'Star Wars: Revenge of the Sith,' Obi-Wan Kenobi cripples Anakin Skywalker, his rogue apprentice seduced by the dark side of the Force, and leaves him for dead on the volcanic planet Mustafar following a famous lightsaber duel which is perhaps the greatest in the entire Star Wars saga till date. Anakin is rescued by Chancellor Palpatine aka Sith Lord Darth Sidius and subsequently Anakin takes a cyborg form and becomes Darth Vader.

Now, 'Star Wars: A New Hope' is set 19 years into the future. Ever wondered what would have happened between the ending of 'Stars Wars: Revenge of the Sith' and the beginning of 'Star Wars: A New Hope'? Well, after more than a decade long wait we finally have the Disney+ Hotstar series 'Obi-Wan Kenobi' upon us to tell us what actually transpired in those 19 years separating the timelines of the two Star Wars films.

At the beginning of 'Star Wars: A New Hope' (the original Star Wars film) we are introduced to the character of Obi-Wan Kenobi for the very first time. In fact, it's also the very first time we get introduced to the term 'Jedi'. When Kenobi meets a young Luke Skywalker on the planet Tatooine, he introduces himself as a friend of Luke's late father. He tells Luke that his father was killed by the Sith Lord Darth Vader. From that point onwards Luke develops an intense hatred for Vader. Of course, it would be revealed during the epic lightsaber duel on Cloud City towards the end of ‘Star Wars: The Empire Strikes Back’ that Vader didn't kill Anakin's father but that he is actually Luke Skywalker's estranged father Anakin. But Luke of course refuses to join him and remains true to Obi Wan Kenobi's teachings, choosing the light side of the Force over the dark side.

So clearly it's Obi-Wan Kenobi who trains Luke not just in the ways of the Force (also taking him to the Jedi Master Yoda) but also ensures that Luke remains vary of Darth Vader's evil. Had he told Luke in the very beginning that Vader was his father then there's a high probability that Luke would have got attracted to Vader and in turn the dark side under his influence.

Now, in the new series Obi-Wan Kenobi (three episodes have been released so far), things unfold 10 years after the events of 'Revenge of the Sith’. The entire Jedi Order has been wiped out and the remaining Jedis are being hunted by the Inquisitors (former Jedis who been turned to the dark side). Obi-Wan Kenobi now is a fugitive on the run. Also, he is weak and cornered and a mere shadow of himself. He is now hiding on Tatooine and his sole aim is to look after Luke and train him when the right time comes. Luke's foster father wants Kenobi to stay away from his son. Meanwhile one of the Inquisitors, Reva aka Third Sister (brilliantly portrayed by Moses Ingram), gets Leia (Luke's sister and daughter of Anakin and Senator Padme Amidala who has been adopted by Obi-Wan's old friend Bail Organa and his wife Queen Breha of Alderaan following Padme's death during child birth and is now Princess Leia of Alderaan) kidnapped with the hope of bringing Kenobi out of his hideout.

Despite his initial reluctance, Kenobi is forced to go after Leia after Bail Organa insists that only Kenobi can bring her back. The first two episodes succeeded in presenting this previously unseen Kenobi who is too afraid to use Force (as it might draw unnecessary attention and alert the Inquisitors). He is also old and vulnerable as summed up by the following remarks made by a 10 year old Leia: "Are you a Jedi? You seem kind of old and beat up!"

While rescuing Leia, Kenobi, to his great shock, also learns that Anakin Skywalker is alive (and is now Lord Darth Vader) at the end of the second episode from the menacing Inquisitor Reva from whose clutches he barely escapes.

But, towards the end of the third episode, Obi-Wan is forced to confront Darth Vader himself on the planet Mapuzo. 45 years after the two legendary characters first locked horns in ‘Star Wars: A New Hope,’ the red and blue lightsabers illuminate both their visages in pitch-black darkness as the two former allies glide across Mapuzo’s rugged terrain. What an overwhelming moment it really is for the Star Wars fans. The episode has everything that has made us fall in love with the Star Wars saga in the first place--without a sense of adventure and dread there is no Star Wars and that's one integral quality that Lucas borrowed from the Japanese master filmmaker Akira Kurosawa's 'The Hidden Fortress' and other seminal works. The Disney+ Hotstar series ‘Obi-Wan Kenobi’ is able to discover the same sense of adventure that's been missing from the recent Star Wars films.

The Harry Potter fans know that there is a strange connection between Harry and Voldemort. Interestingly, we get to witness something similar here between Obi-Wan and Darth Vader (perhaps, it was first hinted at in ‘Star Wars: A New Hope’ when Obi-Wan was able to anticipate Vader's arrival). It's really the kind of stuff that epic rivalries are made up of. Vader's entry halfway into the season elevates ‘Obi-Wan Kenobi’ to such heights that even ‘The Mandalorian’ hasn't yet achieved. People talk about super villains; this Vader (Hayden Christensen in the suit with the chilling James Earl Jones voice but only far more menacing than ever) has to be right up there with the most vicious of the lot. After a very long time, Vader’s presence on screen has created this kind of terror. Anakin absolutely abhors Obi-Wan and even the black helmet cannot hide the hatred that lies underneath. When he goes medieval on Obi-Wan with his red lightsaber, there is a sense of genuine dread and for a second there one felt that the end was nigh for the Jedi master despite knowing well that Obi-Wan would live long enough to train Luke. And that’s a major triumph for the series director Deborah Chow.

Ewan McGregor is yet again wonderful as Kenobi. Having already successfully essayed a young Kenobi in the prequel trilogy, he is now playing an aging, bruised and battered Kenobi who is well past his prime with equal conviction. This series is proving to be not just the best of Star Wars; it is also presenting longform storytelling at its absolute best. One hopes that there will be more layers of this hitherto unseen Kenobi in the coming three episodes.