While Indian cinema takes over Cannes, with 'Notre-Dame On Fire' the best of French cinema is coming home 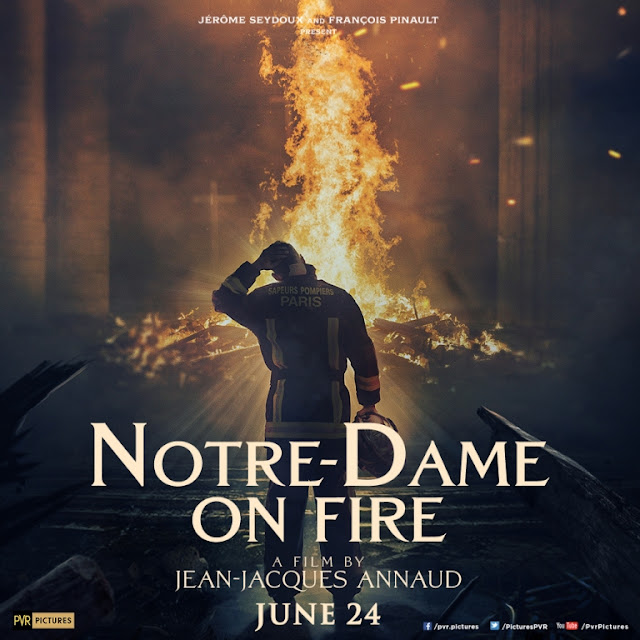 The triumph of art is when it breaks all geographical and language barriers. Cannes is being swept away by a distinctly Indian flavour this year, whether it is the felicitation of Indian artists or the standing ovations Indian films are receiving. We are truly crossing over, one film at a time.

It’s not just Indian cinema that is going global though, global cinema is going Indian in more ways than one too. A few years ago, it would be impossible to catch an acclaimed European movie on a big screen near us. Thankfully, brands like PVR Pictures are making that a thing of the past!

PVR Pictures’ upcoming release “Notre-Dame On Fire” is an internationally applauded French language film that will be coming to Indian screens with English subtitles. Helmed by Oscar winning filmmaker Jean-Jacques Annaud, the film tells the story of the Notre-Dame cathedral fire that shocked the whole world.

Talking about bringing the much awaited film to Indian screens, Kamal Gianchandani, CEO, PVR Pictures Ltd. says, “PVR Pictures has always put faith in powerful stories, and Notre-Dame On Fire is one such soul stirring tale. Audiences will be gripped by the movie’s thrilling re-enactment of the event, while also being moved by its core message of humanity and courage”.

On the Indian film industry’s stellar show at Cannes, he adds, “It was a matter of time before India took over not just Cannes but international platforms as a whole. In the digital era we live in, audiences are aware of all kinds of cinema, so it is natural for our films to find global footing and global films to find love in India.”

Early reviews have already praised “Notre-Dame On Fire” for the tense visual spectacle that it is. Jean-Jacques Annaud’s rich storytelling has always fetched plaudits, and his latest attempt at artistically capturing a real event seems to be no exception.

Cinema can act as the bridge that helps cultures from across the planet connect with each other, as India wins big at Cannes and “Notre-Dame On Fire” prepares to debut in India, seems like for movies, there is no looking back anymore.

PVR Pictures release, “Notre-Dame On Fire”, directed by Jean-Jacques Annaud, starring Samuel Labarthe, Jean-Paul Bordes, and Mickaël Chirinian, among others, releasing on the 24th of June 2022.

While Indian cinema takes over Cannes, with 'Notre-Dame On Fire' the best of French cinema is coming home