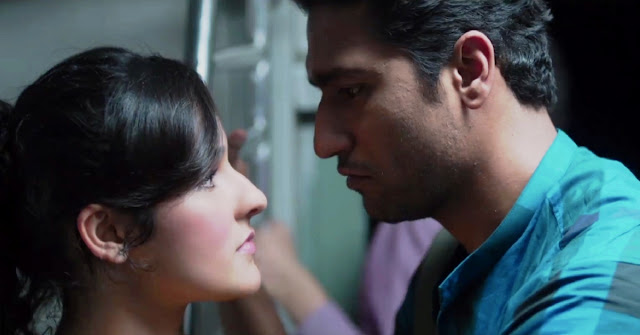 There is absolutely no denying that web has become battleground for some of the coolest experiments that are taking place today in the world of entertainment. But, it’s not that web is a haven only for the experimental stuff, for it is also a great place for conventional genre exercises with some interesting twists. While the content on television remains rather mundane with cinema mostly continuing to be larger than life, it is web that has become the hub of realistic content that closely captures the modern-day dynamics—especially relationships, whether it’s platonic or romantic. In a nutshell, content on web at large is not only refreshing but also relatable and perhaps that’s why more and more people are looking at the web for their daily dose of entertainment. What's heartening to see is that big players like Netflix and Amazon Prime are gradually shifting their attention to India for sourcing and producing indigenously produced content.
Speaking of Netflix, it is set to come out with its first original Indian film titled ‘Love Per Square Foot’—a romantic comedy set in Mumbai that will be available on the streaming platform globally starting February 14. Love Per Square Foot is produced by Ronnie Screwvala under his banner RSVP Productions. The film is directed by Anand Tiwari who is best known for his acting work on stage as well as films. He also assisted Anurag Basu on Barfi! Love Per Square Foot is co-written by Asif Ali Beg, Sumeet Vyas, and Tiwari himself. The film stars Vicky Kaushal (known for his versatile work in films like Masaan, Raman Raghav 2.0, Zubaan) and Angira Dhar (known for her work in YFilms’ miniseries Bang Baaja Baaraat) in the lead roles. Co-starring Ratna Pathak Shah, Supriya Pathak, Alankrita Sahai, Raghubir Yadav, and Arunoday Singh, Love Per Square Foot features a brief appearance from a leading Bollywood star (surprise, surprise!).
Love Per Square Foot is an upbeat situational comedy about a guy and a girl who both desperately want to own a flat of their own in Mumbai. But both lack the means to do so. They meet at an office function and gradually become friends. When they learn about a special housing scheme for couples they are unable to resist the temptation of applying for it together. Will this opportunistic relationship shape up into something meaningful? Or will it remain just another partnership based on pure convenience?
Love Per Square Foot is not the first film to deal with housing challenges in a Metro city. Perhaps, the first film that comes to mind is the Amol Palekar and Zarina Wahab starrer Gharonda (1977). Love Per Square Foot is also not the first film to deal with couples who bond together not out of love but for materialistic gains. But where Love Per Square Foot stands out is how it treats its rather grim subject. Opportunism is not the most heartening thing to see in a movie but then it is something we encounter amidst today’s cutthroat competition. What works best for Love Per Square Foot is how it often presents its opportunistic characters in a ridiculously humorous manner. And yet we can relate to the characters as well as their dreams and aspirations.
Overall, Love Per Square Foot is an engaging rom-com that doesn’t eschew from being edgy and daring in order to be true to its occasionally risqué content. Had it been released theatrically it would have probably got an ‘A’ rating from the CBFC but thankfully the web has no such restrictions, at least for now. Vicky Kaushal, who is known for playing intense characters, is here seen in a completely different avatar. While this may not feature amongst his best performances, he certainly looks convincing. As for Angira Dhar, she looks quite settled in the role of a strong-willed Christian girl who despite her easygoing nature is quite capable of calling a spade a spade. The chemistry between the two leads is one of the movie’s strong points. Lover Per Square Foot is far from being a perfect rom-com but it dares to offer a refreshing take on modern-day relationships. Also, it captures with considerable accuracy the aspirations of the urban Indian youth. Lover Per Square Foot is a must watch for couples, and, releasing on the occasion of Valentine’s Day, it would certainly keep them hooked.
Rating: 7/10
Love Per Square Foot - Trailer (YouTube)
Readers, please feel free to share your opinion by leaving your comments. As always your valuable thoughts are highly appreciated!
Previous Post: PadMan: Movie Review
Complete List of Reviews

The Mysterious and Majestic Atacama D…
How come so many Christians don’t rea…
Firebird – Making Of Story
http://feeds.feedburner.com/APotpourriOfVestiges

This post first appeared on A Potpourri Of Vestiges - Movies, Reviews, News,, please read the originial post: here
People also like
The Mysterious and Majestic Atacama Desert: A Guide to Visiting this Unforgettable Place
How come so many Christians don’t really know God?
Firebird – Making Of Story