A Potpourri of Vestiges Exclusive 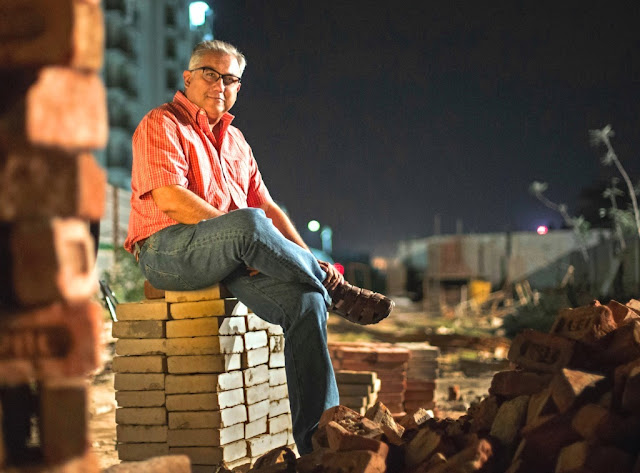 Ever wondered what it takes to become a professional commentator on cinema? Would you like to watch movies and get paid for it? Would you like to interview your favorite Film personalities? If writing about movies is what you love then can you fully dedicate yourself to it? How feasible is film criticism as a full-time profession? These are the questions that we often receive from many of our readers which include young cinema enthusiasts keen on taking up film criticism as a profession. In an endeavor to seek out the right answers we have started a special series wherein we would be interacting with some of the leading film commentators in the world and try and get them to talk about their success stories. How they got started? What inspired them? How they overcame the various challenges? What is it like to have tasted success? How they keep themselves relevant despite the changing dynamics, etc.?

Now, we consider ourselves really fortunate to start this series with someone very special: Aseem Chhabra (@chhabs). Aseem needs no introduction. A world renowned voice on international cinema, Aseem is the author of the critically acclaimed book 'Shashi Kapoor: The Householder, The Star'. As a freelance writer in New York City, Aseem has been published in The New York Times, The Boston Globe, The Philadelphia Inquirer, The Hindu, Mumbai Mirror and Rediff.com. He has been a commentator on Indian popular culture on NPR, CNN, BBC, Good Morning America and Reuters. He is the India consultant for the International Film Festival and Awards, Macao, festival director of the New York Indian Film Festival and the Silk Screen Asian American Film Festival in Pittsburgh. He is the voice of Shadow Puppet #1 in director Nina Paley’s award-winning animation film, Sita Sings the Blues.

We would like to extend our heartfelt thanks to Aseem for making himself available, despite having a very busy schedule, for a detailed telephonic discussion and for sharing his thoughts/experiences in a most candid and elaborate manner.
Edited Excerpts