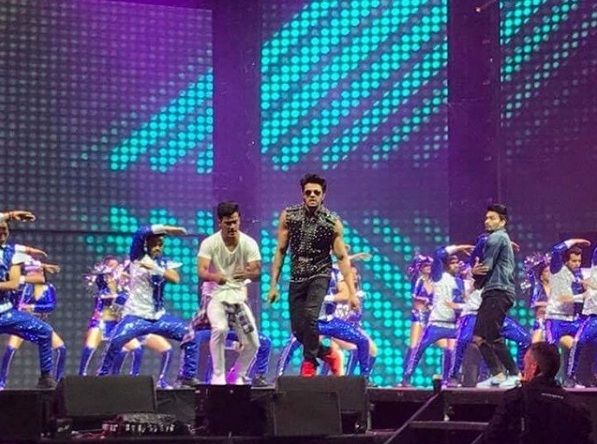 After rapping on stage for the first time at his recent Hong Kong tour of Salman Khan’s Da-Bang, Maniesh Paul has recently performed lyrical hip-hop in front of a huge crowd at his next destination, Auckland on 21st April, 2017.
Maniesh’s rapping act in Hong Kong that he had written took the audience by surprise as they cheered him with huge round of applause and whistles. The celebrated television host performed a lyrical hip-hop in Auckland recently as he has been already rehearsing for the same.
A source said: “The favourable response during the Hong Kong concert has boosted Maniesh's confidence to perform on stage and he was excited for lyrical hip-hop act. In terms of his performance, the actor wants to attempt something new in every city he performs.”
Maniesh said: “Live musical acts always give me a high. As a performer, I ensure that the energy of the song is conveyed in my performance.”
Readers, please feel free to share your opinion by leaving your comments. As always your valuable thoughts are highly appreciated!
Previous Post: Maatr: Movie Review

Is Vechain Here to Stay? – VET Market…
Artist Agne Kisonaite Art Carpets
HONG KONG - The Fight for Democracy
Review: How It Feels to Float by Hele…
Memory: The Origins Of Alien Releases…
http://feeds.feedburner.com/APotpourriOfVestiges