By Rohith Raju
Starting his career in mid ‘80s, it was like a roller-costar journey for him; he made mainstream films when he was experiencing success, acted in experimental films during hard times. There have been so many ups and downs in his career. Above all, I personally revere this Actor for his ‘Method Acting’ (limited to particular films) which made him the only contemporary actor to show prowess at that skill. I will talk more about method Acting while moving deeper into this list.
1. Geethanjali 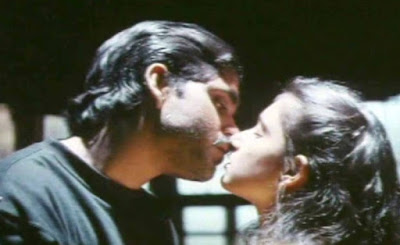 Here is a Mani Ratnam’s showpiece and Nagarjuna’s milestone which kept the momentum going for both. I really don’t know what tickled Mani Ratnam to enter Tollywood, but that helped Nagarjuna significantly in making his substantial mark which bagged him with a great deal of following. Coming to the film, Geethanjali, it a story of an ill-fated couple who are suffering from terminal diseases; it has everything in the form of intense love, emotion, tragedy, romance and bullying nature of the lead. In addition, P.C. Sreeram’s cinematography, Ratnam’s portrayal of love, romance, strong women characterization, and Nagarjuna’s offbeat performance made this avant-garde film more than a masterpiece, making it just the second movie to be rewarded with Best Popular Film Providing Wholesome Entertainment at National Awards after K. Vishwanth’s “Sankarabharanam”.
2. Siva 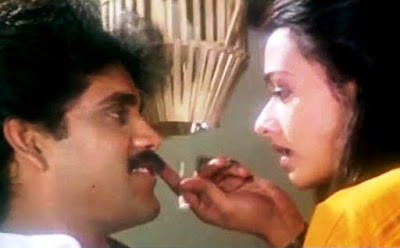 RGV’s unconventional approach and Akkineni’s dynamism made this an eye-opener. RGV, who was very popularly known for his scandalous temperament, debuted with the influential gangster drama “Siva” which starred Nagarjuna and Amala as lead pair. RGV, who introduced Steadicam to the Tollywood, composed an impeccable screenplay and made this film seem hard-hitting with his amateur yet consummate execution. Akkineni and Amala got a great scope to depict their acting potential as there were major portions of love, romance and emotions despite it being a gangster film. Nagarjuna delivered an exceptional performance: be it the ‘Cycle Chain’ scene or the scene which came at climax, he just had nailed them. But on a whole, it was an in and out complete RGV show with Nag’s fortitude theatrics, which made every viewer laud this film that later became a chartbuster by writing its page in history of Telugu cinema. Lastly, it became a trend-setter film in Tollywood which created the impact: “Industry before Siva, industry after Siva”.
3. Annamayya 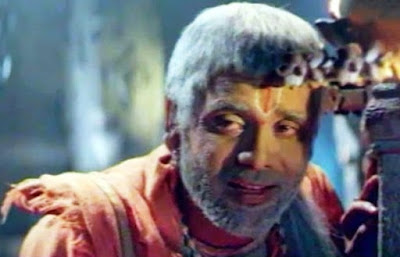 K. Raghavendra Rao’s vision along with Nag’s method acting includes this biopic in top 10 films. Those who had watched this 57-year-old actor’s “Ninne Pelladatha” conceived by Krishna Vamsi, will surely not believe that the same actor had starred in “Annamayya” too. The transition from a young lover boy to a much divine character (Annamacharya) is indeed unbelievable, and probably he achieved it with method acting. K. Raghavendra, who had a unique style in filmmaking and staging, thankfully offered him with a ‘once in a life’ character through “Annamayya”. Besides, Nag too got used to his role and succeeded in convincing viewers that he was the bona fide ‘Annamacharya’. And there, I was pretty sure that he adopted method acting because there was no way he could bring that kind of realism and emotion of ‘Annamacharya’ without this acting technique. Maybe he stayed in that persona till the completion of the entire cinema to attain that pragmatism and authenticity which can’t be accomplished without method acting. Consequently,this biographical film garnered him ‘Special Mention’ at National Film Awards, making him the first Telugu actor to earn this achievement. In my perspective, it was the least they could give in return.
4. Manmadhudu 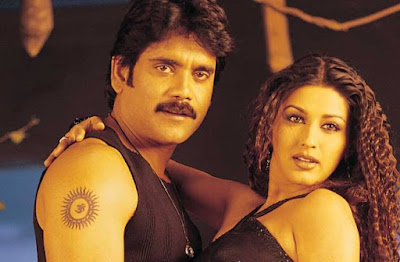 A K. VijayaBhaskar’s eminence hilarity and emotive depiction over the method actor made this a ‘Whole-some’ entertainer. K. Vijaya Bhaskar, who had created his own style in mainstream films associating with Trivikram Srinivas, once again enchanted us with “Manmadhudu” (the film which comes with the sub-title He hates women) post “Nuvvu Naaku Nachav”, offering Nag with a strongminded yet light-hearted portrayal. Actor-Producer Nagarjuna, a determined misogynist in this film, took the exercise of entertaining everybody by uttering amusing dialogues. The writer-director Trivikram’s penetrating story along with his punch dialogues combined with National Award-winner Bhaskar’s fine execution seized this movie to become super hit. Additionally, this picture showcased another sort of performer in Nagarjuna.
5. Oopiri/Thozha 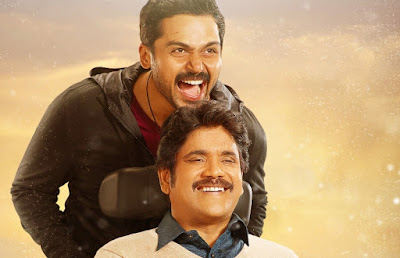 Vamshi Paidipalli’s good-sensible-offbeat adaptation of Olivier Nakache and Eric Toledano’s “Intouchables” created a decent emotional impact, leading it to become an untypical cult movie. It was very hard to believe that the film maker Vamshi Paidipalli, who entertained us with commercial “Yevadu”, had directed the technically made “Oopiri” because of the film’s fresh essence, jollity, humor sense, captivating screenplay and sentimentalism which Vamshi didn’t demonstrate in his previous flicks. Further in Oopiri/Thozha, he offered an awe-inspiring character to Nag, which involved so much of agony, hope, sufferings, and celebration. But Oopiri being a buddy film, his screen presence was limited and Karthik, who was another lead, had stolen the entire show making everyone laugh, stirring the viewers to react emotionally and at the same time romancing with Tamannah. Musically Gopi Sundar’s soundtrack, which touched my heartstrings, must be applauded in particular. Let it be “Oka Life” or “EpuduOkalaundadu” song, we seldom hear these kinds of songs which conveyed a good message. P. S. Vinod’s visuals incorporated with Vamshi’s picturization made them even better. Also, Gopi slated an absorbing BGM using Violin which was very uplifting. Besides, Nag too delivered an impeccable performance soulfully which made him proud, and which would stay in the hearts of many moviegoers till the next decade.
About Author - 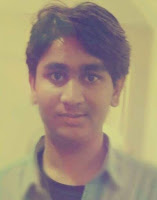 Rohith Raju an undergraduate who is passionate about all things cinema. South Indian cinema happens to be his first love among equals. He blogs at Directors Blog.
Readers, please feel free to share your opinion by leaving your comments. As always your valuable thoughts are highly appreciated!
Previous Post: VKAAO, India’s first ever theatre-on-demand platform, hosts Sneak Previews much before the release of the Oscar nominated film 'Lion'
Next Post: Box-Office Update (Day 1 - 9): Raees vs Kaabil
Complete List of Reviews