Mobile Phones: Why I Ditched Verizon and Will Never Deal With Gazelle

It has been a while since I last wrote something regarding my personal shopping experience. Today, I am going to share with you the recent odyssey I went through replacing two cell phones and services.

I had two Samsung Galaxy S7s that I purchased new from Verizon in 2016. As you can imagine, with the speed of technology advancement, in four years' time, the latest model from the Galaxy line is now S20. I am a firm believer that everyone needs to incorporate new technologies into daily life as part of continuous learning and self-enhancement.  In addition, I wanted a bigger screen mobile for more enjoyable reading and entertainment.

After some research, I decided on Galaxy Note 20. Naturally, since I have been with Verizon even before getting the two S7s, Verizon was my first stop. I reckoned I had some leverage: being a long-time customer and the bigger environment - depressed earnings and consumer spending with the ongoing pandemic.

I am not a high data user; my existing two lines were sharing a 2GB data plan and my monthly bill is around $80 (more on that later). My goal was to keep a similar shared data rate plan, but upgrade to two new Note 20s. 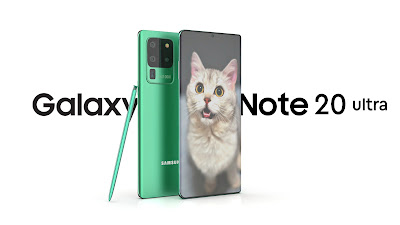 I headed to Verizon, and as expected, the parking lot and the store were almost empty. The "deal" quoted to me was $400 off on one phone, but there's a catch: (1) One of my phones has to have a new number (2) Both lines need to be on an Unlimited Plan for 24 months at $140/month for two lines, twice what my current bill was. If I want to keep my cheaper shared plan, I need to pay full price for both phones, i.e. about $2,200 for two Note 20s.

Obviously, Verizon's goal is to get people to sign up for new lines (to boost performance metrics for the sake of shareholders) and its expensive unlimited plan (a total waste of money for a majority of mobile users). I quickly did the math in my head, and concluded it was an unbelievably bad deal for any consumers.

I questioned the Verizon person how his company could come up with such an awful marketing campaign in today's economic environment. The response was the most uninformed I have ever encountered in the business and professional world. I was told there were plenty of Verizon customers lapping up their "deals" as many were receiving unemployment and government stimulus payments. I totally disagree with this short-sighted view, but it did sound like the thought process of an average American consumer. Bottom line is for me to take it or leave it. I walked out without wasting any more time.

Then, I thought I should pay T-Mobile a visit. After all, T-Mobile is Verizon's biggest competitor after acquiring Sprint. A T-Mobile store is just a few blocks away. On my way there, I drove past a Xfinity center when I remembered a Xfinity Mobile commercial. I use Comcast/Xfinity for cable and Wi-fi. There was a short waiting line, but I was quickly greeted and met with a specialist.

So, for an extra $25 a month for the next 24 months, I get to enjoy two new latest mobile technology phones with 1GB more data. The most ironic part is that Xfinity rents its mobile network/towers from Verizon. Then the specialist took time to review and reconfigure my existing Comcast account yielding further savings on my monthly cable/Wi-Fi bill.

Here is something I picked up by talking to the two carriers back to back. Verizon quotes its rate plan on a per line basis (even with shared plans), excluding a per line "base fee". That is why Verizon mobile bills usually end up a lot higher than what was advertised or quoted to you. Xfinity is on an all-inclusive basis. That is, in my case, for example, when Xfinity told me 3GB shared plan at $30/month, it is all inclusive for two lines, and there is no "base fee". Now you see just by comparing rate plans along, Verizon charges me more than twice for a similar rate plan.

The Gray Aftermarket of Gazelle

After getting rid of Verizon, I need to deal with the two Samsung S7s. The two units were in excellent condition, four years old and I always took good care of them with protective cases and shields. A quick Google found S7 in good condition could fetch $26 at Verizon, but $47 at Gazelle, which also has contactless option. I opted to go with Gazelle as I was (and am) trying to minimize trips to any public places. I packed the two phones in the box Gazelle sent. To ensure safe shipping, I left the two cases with both phones for added padding and protection.

Gazelle paid the quoted price for one of my phones. Then Gazelle claimed "scratches" and "damages" beyond acceptable condition for the 2nd phone, and that the price is now reduced to $13. There is absolutely no possibility that any of my phones could be in such condition as described. When I pressed for proof from Gazelle, the alleged "scratches" and "damages" became "image burn" and "defective screen".

I believe either Gazelle damaged my phone during receiving or inventoried them incorrectly. And of course, I did not document or take pictures before sending my two phones. Since I just wanted to get this 'project' over with, I ended up taking $13 for my 2nd phone. (I will not bore you with the less than pleasant encounter with Gazelle Customer Service.)

In the end, Gazelle paid an average of $30 for my two units in excellent condition, on a par with the Verizon quote. Most people will be initially lured by the much higher trade-in quotes. After shipping your phones, with time and energy already invested, you become part of a "captured audience" taking whatever they say. I mean what else can I do, in my case? Reject the offer and ask Gazelle to ship back a phone they damaged, or worse yet, not even mine?

I know, one could say what is the big deal? It is only $30 we are talking about. But it is a matter of principle as I do not believe consumers should take the consequence of a poor business practice and process.

Strategy & Response to the Current Environment

Granted, I may have bumped into a one-time special promotion from Xfinity, and there could be better options from other carriers. Xfinity is a unit of Comcast, and I have had numerous customer service issues with Comcast cable in the past. Nevertheless, in this instance, Xfinity Mobile at least is aware of its market position and understands what's required for its marketing strategy and staff training in response to the current COVID-driven economic downturn to gain new customers while leveraging existing scale of Comcast cable/Wi-Fi business.

Remember how the Xfinity person also re-configured my cable bill? That was a customer retention move reflecting a proper customer-facing employees training program. From that perspective, I am almost inclined to think Xfinity Mobile must have an entirely different management team from that of Comcast's cable business.

Regarding Gazelle, it is an e-commerce LLC based in Boston, MA, much smaller than Comcast and Verizon. Based on my experience, I believe the company is doing its best to adapt to and survive in the current environment. However, I do think its model and internal process/logistics is flawed thus doing disservice to its customers. Until that issue is addressed, I personally will not do business with them in the foreseeable future.

In contrast, my Verizon experience indicates the company appears complacent about its market leading position. Indeed, Verizon has been on a 20+ acquisition spree in recent years. The latest acquisition came in last month with prepaid carrier Tracfone for $6.25 billion giving the company an edge over rivals for low-cost phone service.

One high-profile acquisition was AOL-Yahoo, which Verizon had to write down $4.6 billion in 2018. The growing size and scale most likely give some delusions of grandeur, leading to a disconnect from customers and the business environment, thus driving customers away. This is reflected in its current marketing plans and poor (or lack of) customer-facing staff training believing it is a big enough player in mobile town to squeeze smaller competitors as well as consumers.

Both Comcast and Verizon are pretty deep-pocketed. However, just look at how Xfnity Mobile offers me more data for less than half of what Verizon charges. That suggests margins in the mobile business are high enough for a lot of pricing flexibility. And apparently Verizon is making a lot more from its customers and plans to continue doing so with one bad "promotion" after another.

Failure to respond to rapidly changing market conditions (which explains the AOL-Yahoo write-off), and poor staff training means many troubles ahead. It will be too late to turn around by the time you realize what has happened as the competitors go passing by.

Mobile Phones: Why I Ditched Verizon and Will Never Deal With Gazelle