Epocalypse: Only A Matter of When 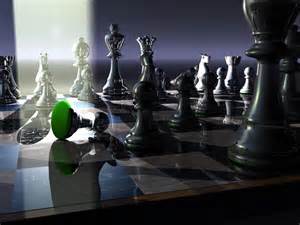 So, 2016 wasn’t the predicted Epocalypse, but it sure was weird! Globally, it was a year of continued economic malaise and increasing financial risks. Most notably, though, it was a year of political upheaval that pitted voters in the UK, Italy and the US in civil wars at the ballot box. Here are a few of the otherworldly highlights that typified the troubles of 2016:

Yes, it was annus horribilis for many, as Queen Elizabeth II said of the year when her palace burned and her princess daughter-in-law died and scandal plagued the family. 2016 wasn’t just a year of bad things; it was a year of freaky bad things; but it wasn’t the end of the world … so far.

If it wasn’t the actual Epocalypse, it must have been its antechamber. If it wasn’t the queen of all bad years, it was her joker. And its whirling dervish of abnormalities came foremost because it was the first year in the history of the world where globalists everywhere saw sweeping peasant revolts turn against seventy years of expanding unification under centralized control.

With that as backdrop, here is my second prediction for 2017:

This is the year the globalists dig in and fight back. They will fight to the death of any and all opponents before they will see seventy-plus years of globalizing work plowed under. That means conflict and economic turmoil will escalate all over the world in 2017. The fight is on.

Maybe the Epocalypse comes as an exponentially faster acceleration into global hellishness and not a sudden plunge over the abyss. Maybe its not “Epocalypse Now,” as I announced last year but Epocalypse Dawning in years of ever increasing aberration that are now the new norm.

Epocalypse: Only A Matter of When