When our youngest daughter was a little girl, she asked if Santa Claus was real or just pretend? Now, as a young adult, she’s asking is religion real or an illusion? Her intelligent, inquiring mind never suffered fools lightly. Now, she’s asking if I’m just fooling myself.

types of schizophrenia - negative sym…
30,000 Miles: Our USA Travels With Th…
What to wear: outfit ideas for Christ…
Karen Wiesner: I Have Dreamed a Littl…
Dacryphilia: The things you need to k…

“Well, I never been to Heaven/ But I been to Oklahoma”
~ Never Been to Spain by Three Dog Night

Initially, I fell back on the 1897 editorial response in The New York Sun – which included the famous reply, ‘Yes, Virginia, there is a Santa Claus’ – to a similar question in a letter from an eight-year-old, adding, “My little friends say there is no Santa Clause.” 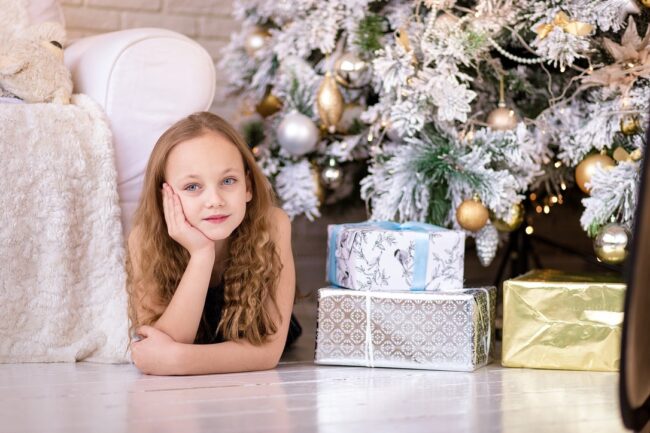 Editor, Francis P. Church’s response was really to all society, replying in part, “Virginia, your little friends are wrong. They have been affected by the skepticism of a skeptical age. They do not believe except they see. They think that nothing can be which is not comprehensible by their little minds. All minds, Virginia … are little … in this great universe of ours … as measured by the intelligence capable of grasping the truth…”

Regarding my adult daughter’s question about God’s existence, a similar response applies. And, other than personal testimonials, I’ll continue to fall back onto more enlightened minds than mine.

Years ago, I had the pleasure of meeting famed British journalist, author and media personality, Malcolm Muggeridge. As an agnostic, he converted to Christianity after writing a book about Mother Teresa, ‘Something Beautiful for God’.

He writes, “We who are imprisoned in history… we seek another Jesus. A Jesus of history, which is a contradiction in terms; like an eternity clock … Jesus can only exist now; and in existing now, makes now always. Thus, for Mother Teresa, the two commandments – to Love God and to love our neighbour – are jointly fulfilled: indeed, inseparable”

Relating to my daughter’s quest for truth, I also wondered why people would quote biblical passages when much is based on a hand-me-down verbal tradition – subject to inaccuracies. Yet, faith led me to a relationship – alive, within my heart. Talk about truth… about love! Is surrender too much to suffer?

Muggeridge reveals a letter written to him by Mother Teresa in which she addresses his unbelief. “… you to me are like Nicodemus, and I am sure the answer is the same – ‘Unless you become a little child.’ I am sure you will understand beautifully everything… in God`s Hands. The personal love Christ has for you is infinite; the small difficulty you have re his Church is finite. Overcome the finite with the infinite.”

Church continues: “Is it all real? Ah, Virginia, in all this world there is nothing else real and abiding.”

Religion’s universal truths, like the revelation behind the Bethlehem story, generate faith. May we, even the little child within, be enveloped with love, peace, and hope. How does your light shine?

Merry Christmas!
That’s the way I figure it. FP

Image is from pixabay

Fred Parry lives in Southern Ontario. He is a lover of people and a collector of stories, music, wisdom, and grandchildren. His raison d’etre? “I’m one of those people who believe that if my work serves the common good, it will last; if not, it will die with me. As a freelancer – including ten years as a Torstar columnist – I still believe that’s true.” His book, ‘The Music In Me’ (2013) Friesen Press is also available via Indigo / Chapters.

This post first appeared on LIFE AS A HUMAN – The Online Magazine For Evolvi, please read the originial post: here
People also like
types of schizophrenia - negative symptoms of schizophrenia
30,000 Miles: Our USA Travels With The Napier Truck Tent
What to wear: outfit ideas for Christmas & summer
Karen Wiesner: I Have Dreamed a Little Dream (Authors and Dream Inspiration), Part 2
Dacryphilia: The things you need to know right now
Equipment for IVF and Andrology Lab
Why Understanding Black Women’s Beliefs About Motherhood Can Help Improve Reproductive Health Care
Review: ‘Trouble’ Scott Van Zen

Subscribe to Life As A Human – The Online Magazine For Evolvi