How to Defeat a MultiBoxer in World of Warcraft

As been Noted by many people of late Multiboxing characters in World of Warcraft is becoming more and more common. While on one hand the long boring ass climb 80 probably is made considerably more fun with five chain lightnngs. On the other hand Queing up for a bg and waiting for the long as que times only to come into a game with five simultaneously controlled pallies can be very very fustrating.

Don't Despair There are a few simple rules you can use to take down any multi-boxing scrub.

1. Match the Boxer Player for Player- If there are five then attack him with five if four four and so on. This leaves the rest of the team facing an even number of opponents.

2. Attack the Boxer Constantly- The Players assigned to the Multiboxer should stay on him all game, especiallin in wsg where the outcome can really be decided in a matter of minutes. This grp should be composed of ranged dps and casters.

3. Dont Sit Still-Pretty Self Explanatory if you've ever been stunned and autoattacked to death by five swings. Kite The Boxer 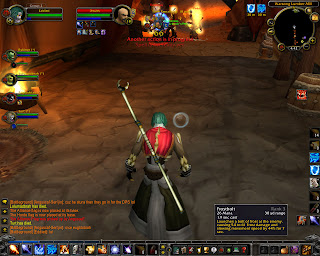 4. Attack The One in Front- The most prominent classes to multibox are ones that have some kind of group healing capacity, usually paladins and especially shamans. If you dont attack the one in front then theres a chance you wont have enough dps to make them sit and heal

Cold Laser Therapy – Everything You Need to Know About

How to Defeat a MultiBoxer in World of Warcraft