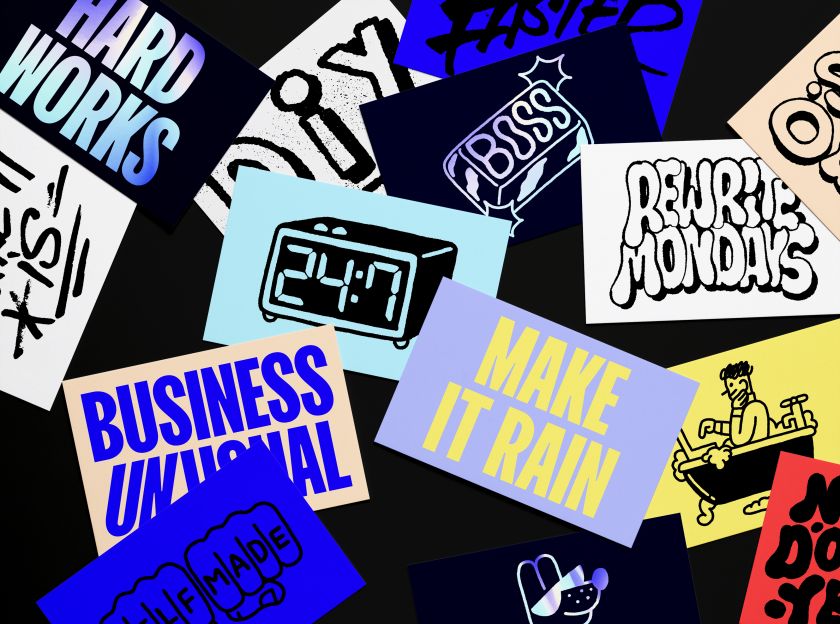 Oberlo claims to "encourage Young Entrepreneurs to become 'DIY CEOs" by providing the tools and advice people need to create their own online businesses. In 2017, it was acquired by well-known e-commerce tool Shopify when the parent company had spotted an increasingly young audience accessing its platform.

It’s Me – Chapter 11
Average Penis Size: Smaller Than You …
How to Develop an Educational App?
How much does Drake make in a year
Moffat Camping and Caravanning Club S…

DesignStudio was briefed to help create a brand that looked to fuel young entrepreneurship, and position Oberlo as a hub containing courses, tutorials and business tools to help make e-commerce "attractive, accessible and inspiring".

The studio initially looked into the internal culture at Oberlo and researched its industry more widely. From those findings, it identified a series of values that it felt embodied the mindset of the archetypal Oberlo entrepreneur: "Start Something," "Stay Real," "Be Relentless" and "Raise the Bar."

These values were then used as the guide for how DesignStudio's work translated into the way the brand worked for its users.

The studio states that "entrepreneurship is never a straight line", adding, "Failure is a real part of success, so these principles acknowledge it; not only encouraging hard work but acting as a mantra to inspire everyone and keep them hungry for better."

The new aesthetic and copy approach look to reflect the DIY nature of entrepreneurship, moving away from overly polished or unrealistic visual methods in favour of "real talk" and showing work in progress.

The designs use a bold typographic approach, a no-nonsense tone of voice and a vibrant colour palette alongside illustrations by Guy Field and Appear Offline. According to DesignStudio, they were commissioned thanks to their work's subversion of "traditional business tropes". The agency adds that it added a holographic texture to add "contrast to the grit" and suggest the idea of reward, to encourage the platform's users to raise the bar in their business.

"Working with Oberlo we were struck by their distinct and honest view of the real world of entrepreneurialism, no romanticised ideals of overnight success stories but a self-made, rebellious energy embracing both failure and success as halves of the same whole," DesignStudio creative director Alex Johns says. "We wanted this make-it-yourself spirit to run throughout the strategy and creative expression – creating a brand with honest immediacy and a little bit of grit." 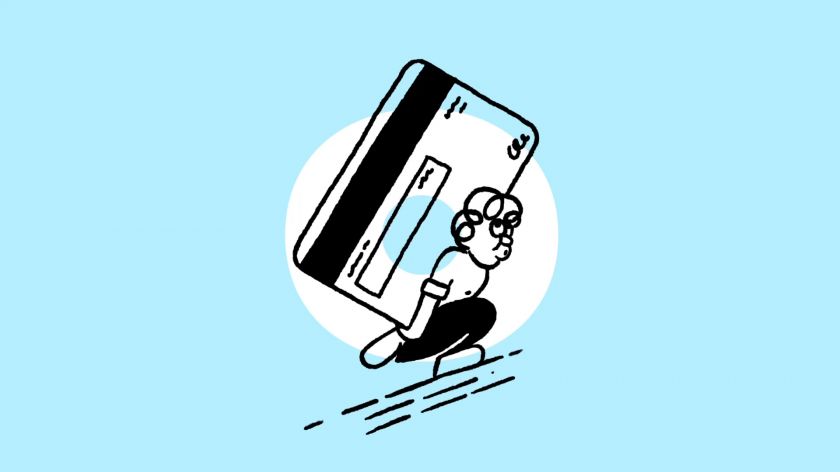 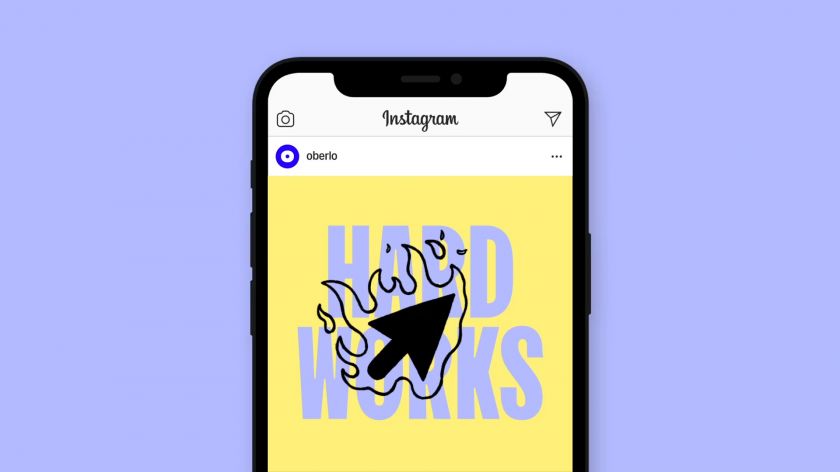 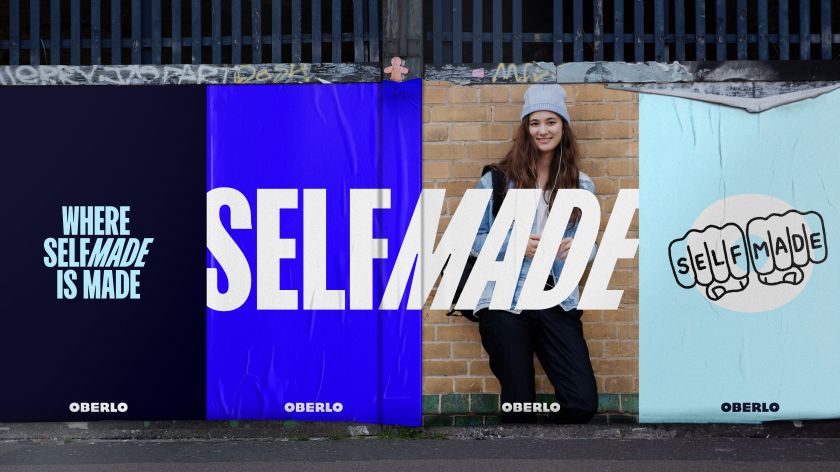 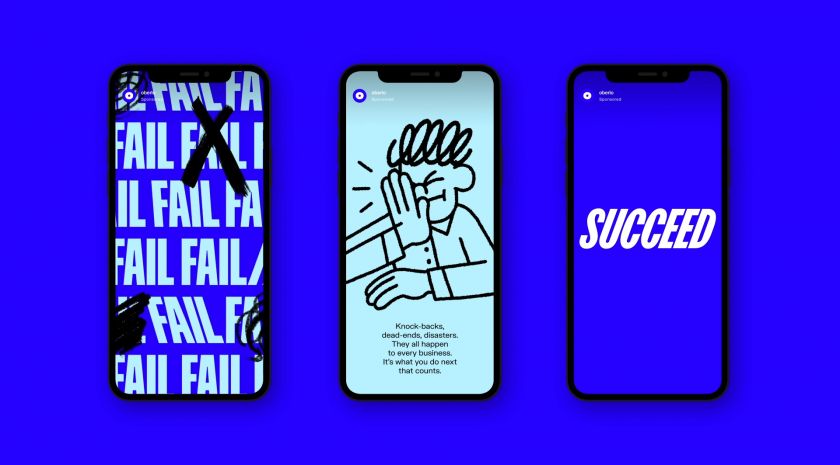 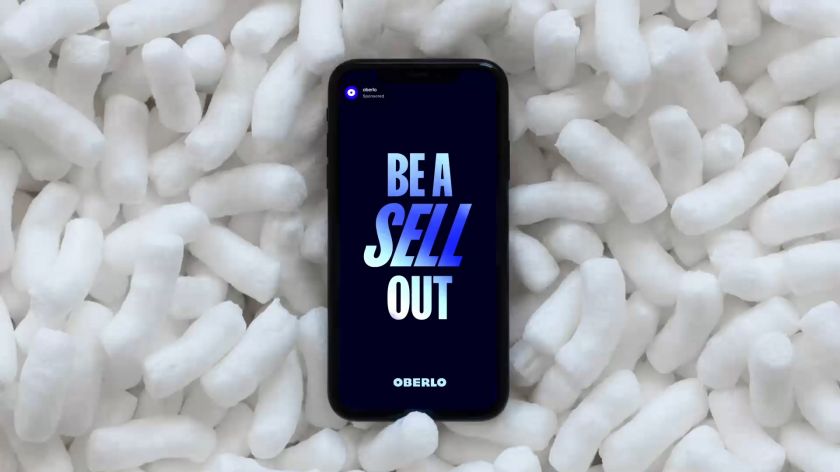 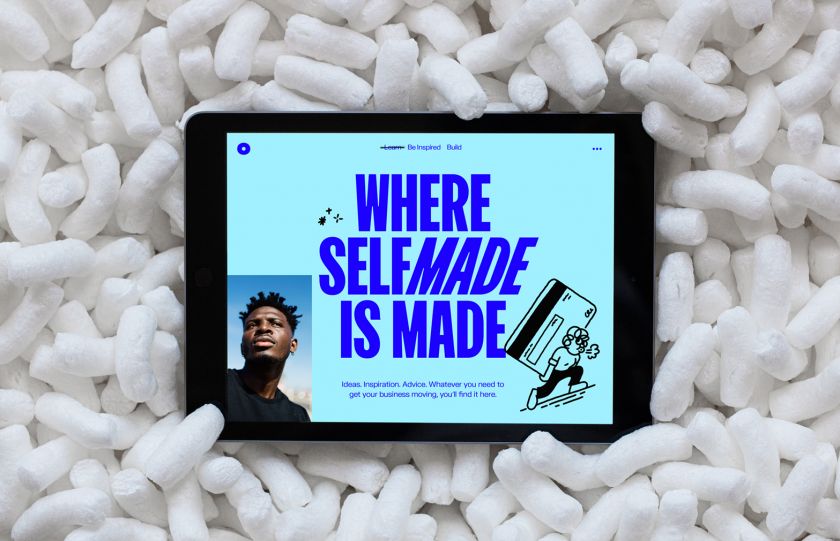 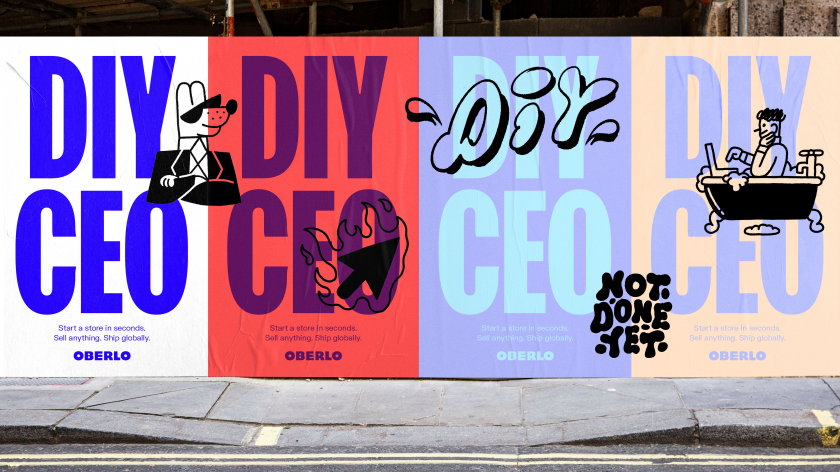