A video about Scottish football, in the style of Wes Anderson 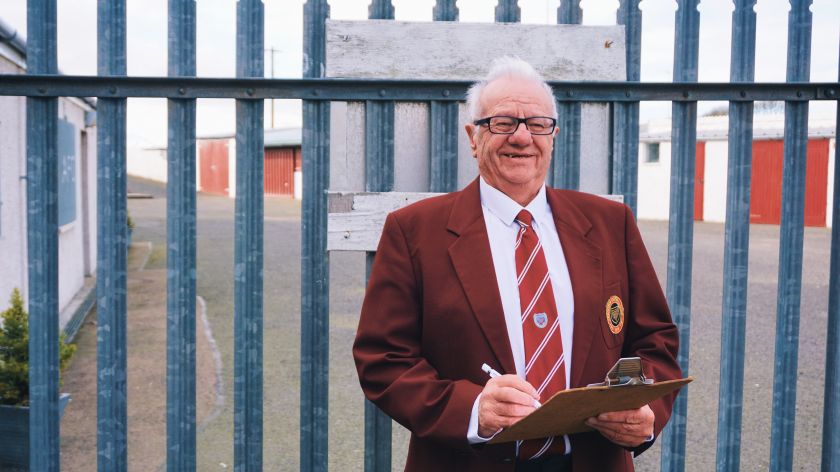 Scottish production company Studio Something has created a new video about Scottish Football for BBC TV show A View from the Terrace, which it says is inspired by the Style of iconic, twee-leaning Director Wes Anderson.

The piece is one of the Beauty In The Lower Leagues series from the production company that uses the style of various directors (a forthcoming short borrows from Quentin Tarantino).

"The idea behind the ‘Beauty In The Lower Leagues’ came from a simple thought of what would it be like if you gave a match that doesn’t normally get any attention ‘the treatment’? So, what if a big film director went and shot the lower league highlights? From there, it was what directors had distinct visual styles and then how would they shoot them?" says Jordan Laird, creative director at Studio Something.

"Once we actually started looking at styles and then teams to shoot it became a gift, the games were fast paced and full of moments of tension and humour, the stands were full of characters and the ‘stadiums’ had unique qualities. I suppose everyone has seen the big matches, the fancy stadiums and the slick action so it felt like we were getting to showcase a hidden gem that was rich with style but was also full of a lot of fun and heart."

He adds: “Wes Anderson was a reference for the shoot and you can see that in the use of symmetry, fonts and camera moves. I wouldn’t purport to be as good a director as him, of course, but it was just a little nod to how I imagined he might frame and shoot this type of location.”

The Friday night show is described as "a weekly irreverent look at the world of Scottish football", and many seem to be pretty into its combination of "panel analysis and artistic approach to showcasing the Scottish game," according to Studio Something.

A video about Scottish football, in the style of Wes Anderson