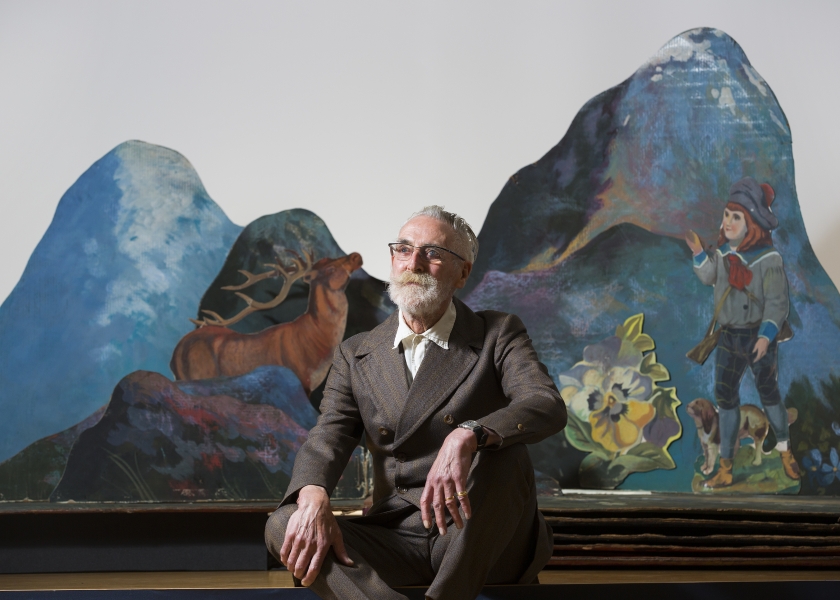 Measuring more than three by four metres when open and over two metres tall, it is made up of five pop-up scenes painted by Byrne, including a Highland landscape, a croft house, a poppy-strewn war memorial and a Native American Tipi.

The compact design, made of cardboard, meant the set was cheap to make and could be transported on the top of a van and quickly set up in village halls as it toured around Scotland. The actors would turn the page during the play to reveal the next scene.

"John Byrne’s striking pop-up book is a fantastic example of imaginative design," says Philip Long, Director of V&A Dundee. "Not only was it made to be portable on the long trips between towns and villages across the Highland and Islands, it also added to the magic of the play. It is painted like a children’s book, which deliberately creates quite a juxtaposition with the hard-hitting subject matter of the play." 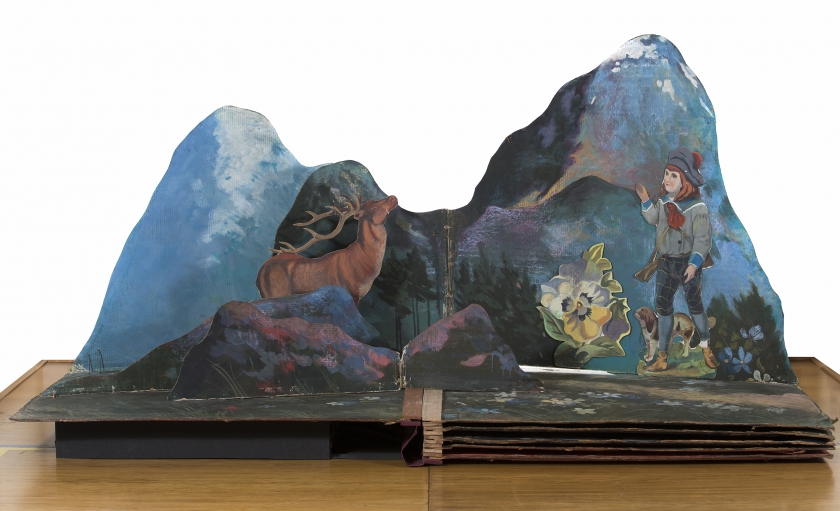 Made in 1973, the book was the original stage set for The Cheviot, the Stag and the Black, Black Oil, John McGrath’s influential play about the history and exploitation of the Highlands. 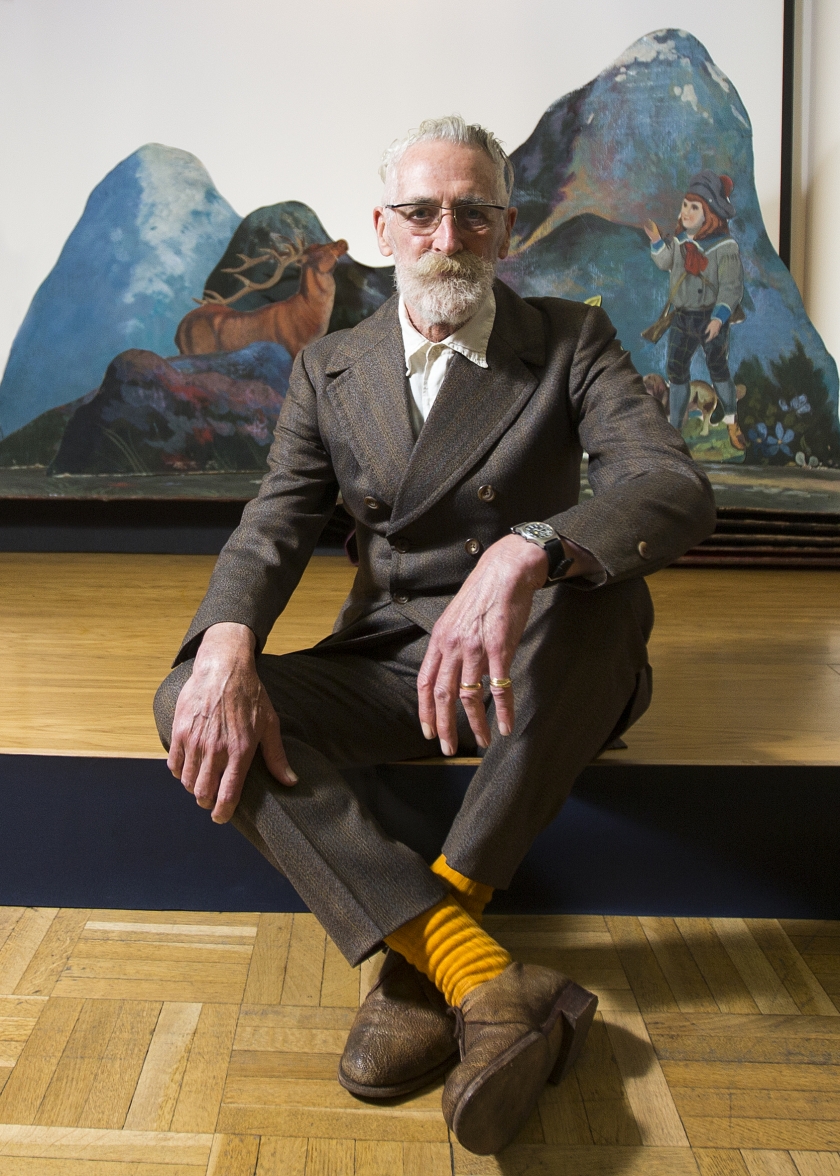 A virtual 3D model of the stage set has also been created by photographing each page from thousands of different angles. You're able to view this on the National Library of Scotland website. 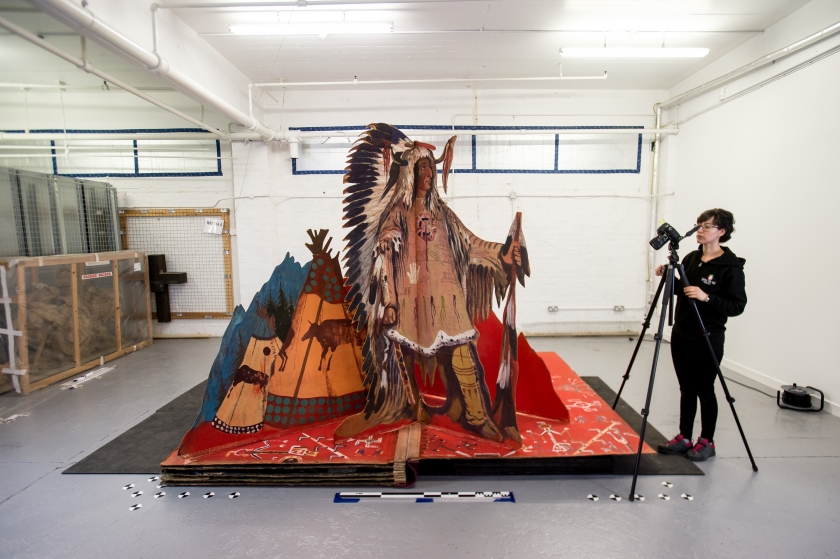 A virtual 3D model of the stage set in the making 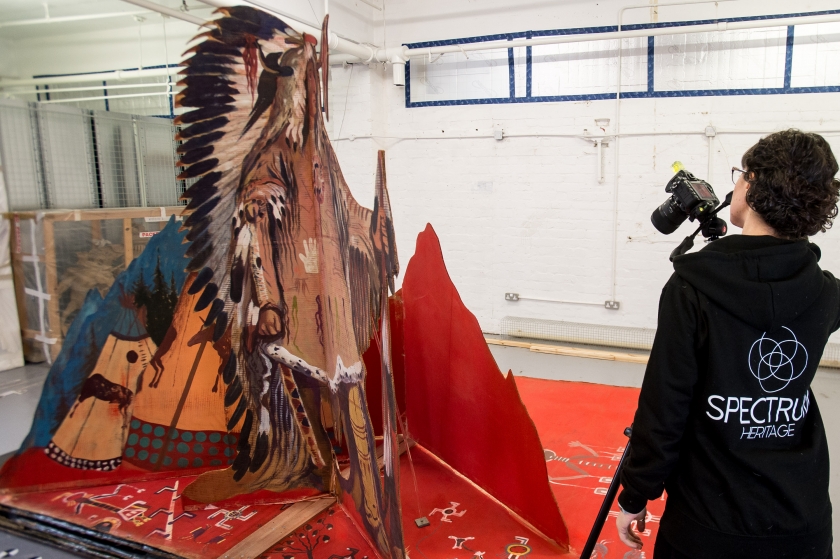 A virtual 3D model of the stage set in the making

The pop-up book will be displayed in V&A Dundee’s permanent Scottish Design Galleries which will include around 300 beautiful and innovative objects from the V&A’s world-famous collections of art, design and performance, together with objects from other lenders.

The galleries, which will be free to enter, will explore what is unique about Scotland’s design landscape and will represent a wide range of design disciplines from the decorative arts – including furniture, textiles, metalwork and ceramics – to fashion, architecture, engineering and digital design.

V&A Dundee will also feature an ambitious international programme of changing exhibitions showcasing the very best of design from around the world, as well as new design commissions and fast-changing installations. It opens on Saturday 15 September.