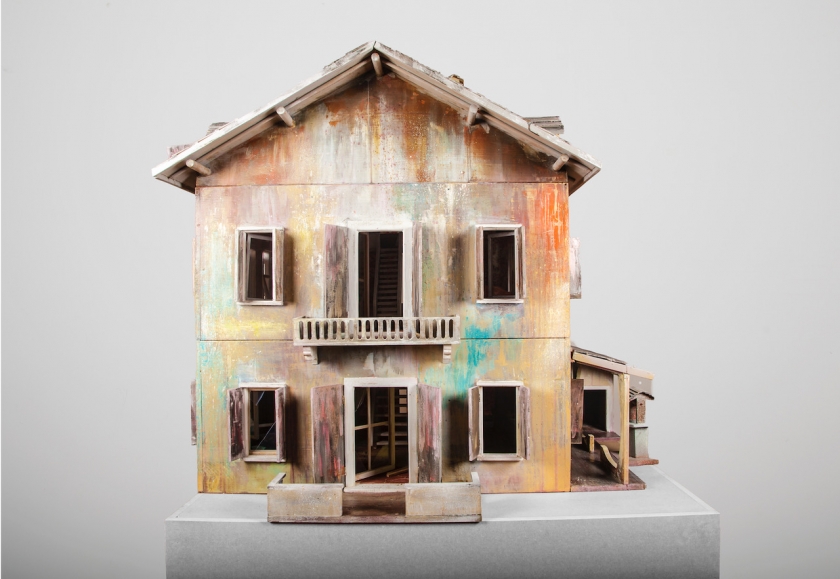 For her latest project, The Unchanging World, street artist Alice Pasquini has crafted a four-foot tall, 1:10 scale dollhouse out of wood and various materials. But instead of following the toy's usual, quaint style, she's deliberately made the building look abandoned with tatty and torn curtains and graffiti on some of its walls – some of which are from her own murals.

Inspired by the theories of mid-20th-century psychoanalyst Donald Winnicott, she "retraces the movement from one state of evolution to another, giving life to the transitional objects children use to help themselves move toward a shared reality without trauma".

The dollhouse is just one part of her latest solo exhibition, The Unchanging World, which is on show at Philobiblon Gallery in Rome until 17 February. As part of the exhibition, she is transforming a room in the gallery into a life-size version of one of the abandoned dollhouse rooms. She explains: "The exhibition demonstrates that time does not change ourselves and that the architecture we built as children are the same ones we inhabit as adults..." 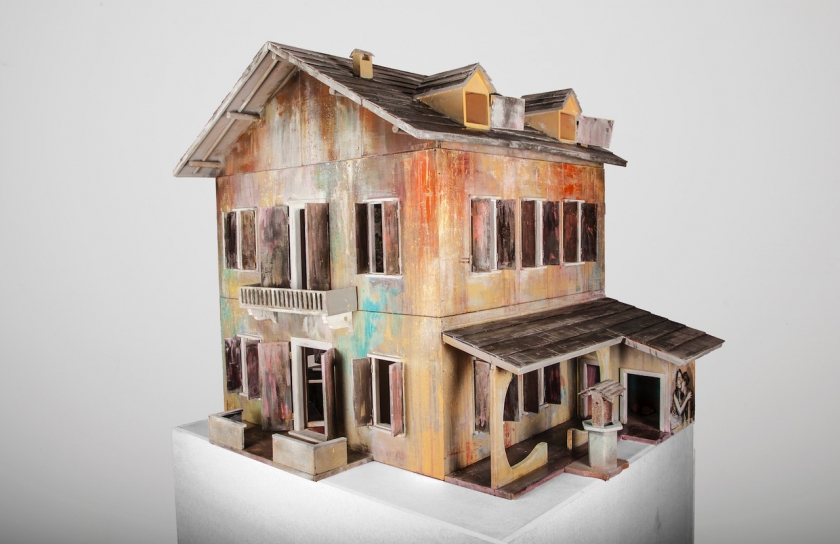 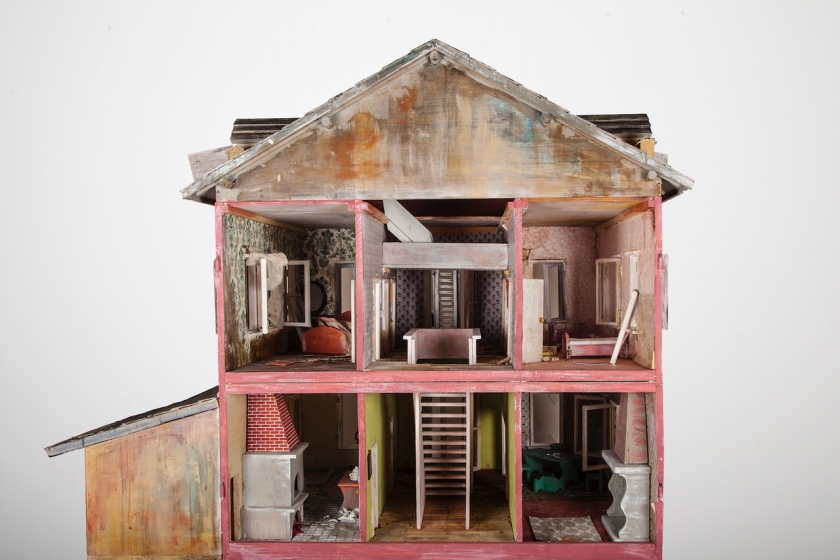 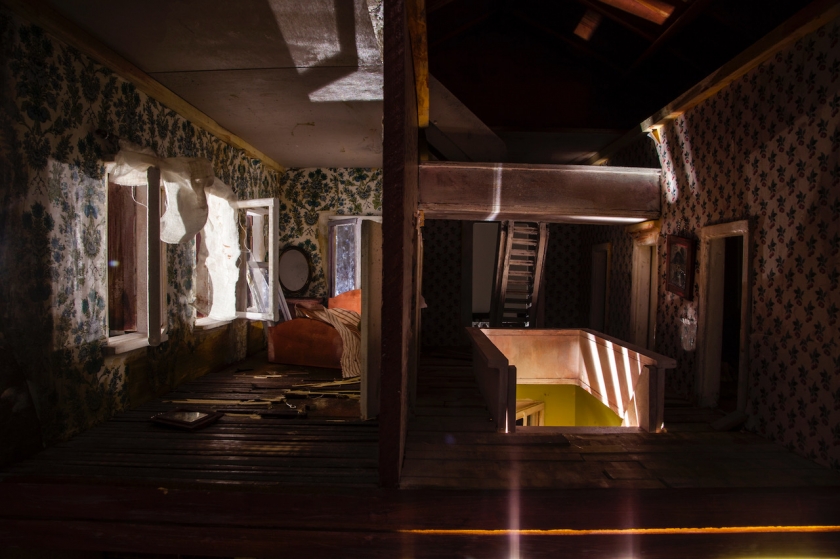 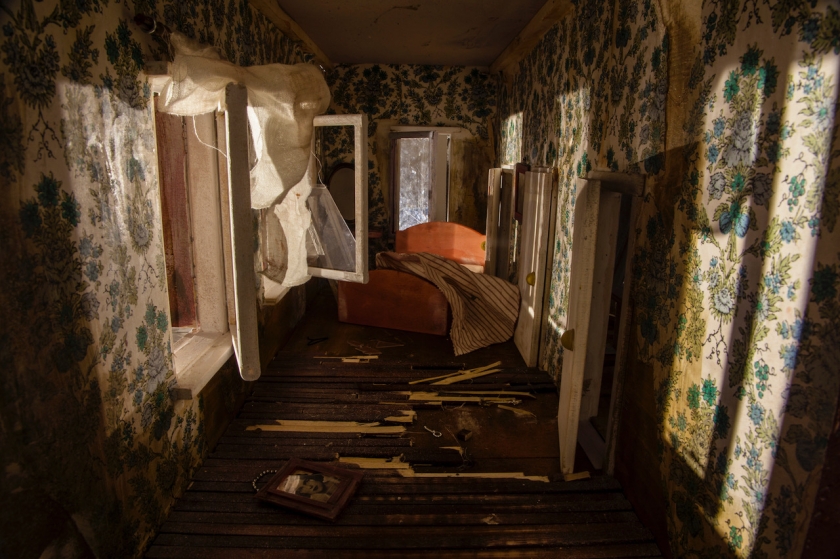 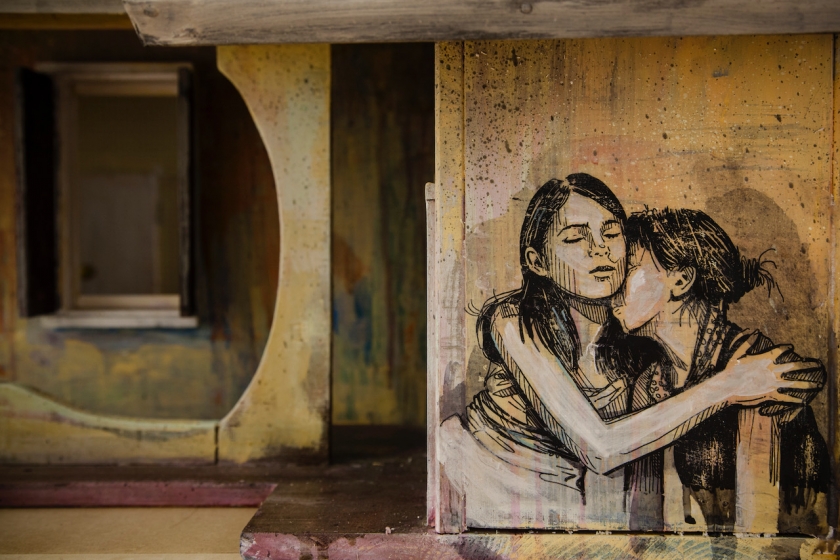