Take the art and crafts trail around Ireland 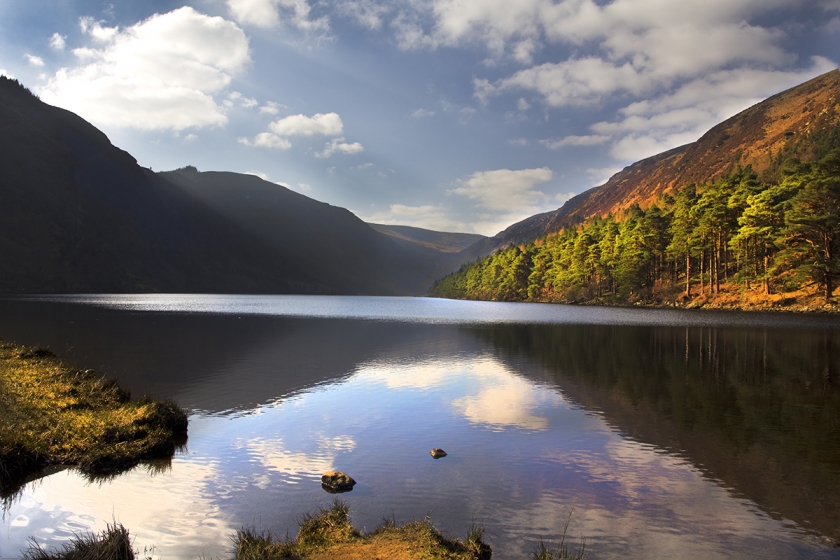 If you ever happen to be in Dublin for a city break, consider taking a few extra days to venture out of Ireland's historic capital to explore some of the fascinating art and culture of the Emerald Isle.

KAYTRANADA & Anderson .Paak – Twin Fl…
How To Help Your Husband Get On Board…
New York Cannabis Parties, Redefined:…

For a small island, this country has certainly made its mark across the globe, particularly in the fields of arts, crafts, design, literature, music and film. We recently spent a few days travelling south from Dublin around Wicklow, Carlow, Wexford and Kilkenny to see what this beautiful part of the world has to offer.

Hire a car and head south from Dublin to Wicklow. As this county is also called the 'Garden of Ireland', you simply must take the scenic route and drive through the Wicklow Mountains National Park through to Sallygap and Luggala, both of which are locations for many film productions including Braveheart and Ps I Love You.

Near Luggala, for example, you'll find the beautiful Lough Tay, commonly called The Guinness Lake, a small but scenic lake, where – at the time of our visit – we could spot Viking boats moored at its small harbour. They were apparently filming new episodes for the popular Vikings TV series.

If you've got time to park and go for a walk, check out these Walks in Wicklow for some inspiration.

A recommended lunch stop is The Wicklow Heather Restaurant in the picturesque village of Laragh deep in the Wicklow Mountains, only minutes from the world-renowned scenic and historic Glendalough (another must-see during your travels in Wicklow). 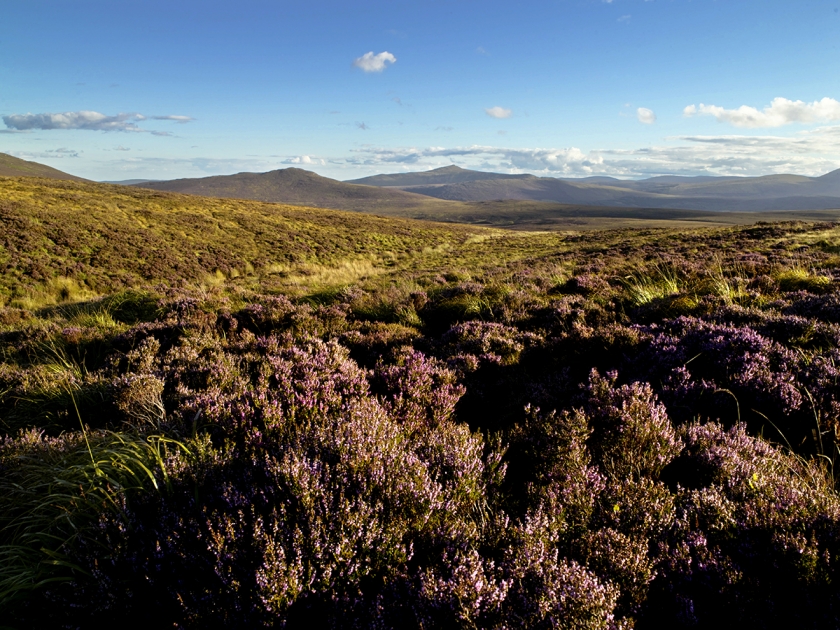 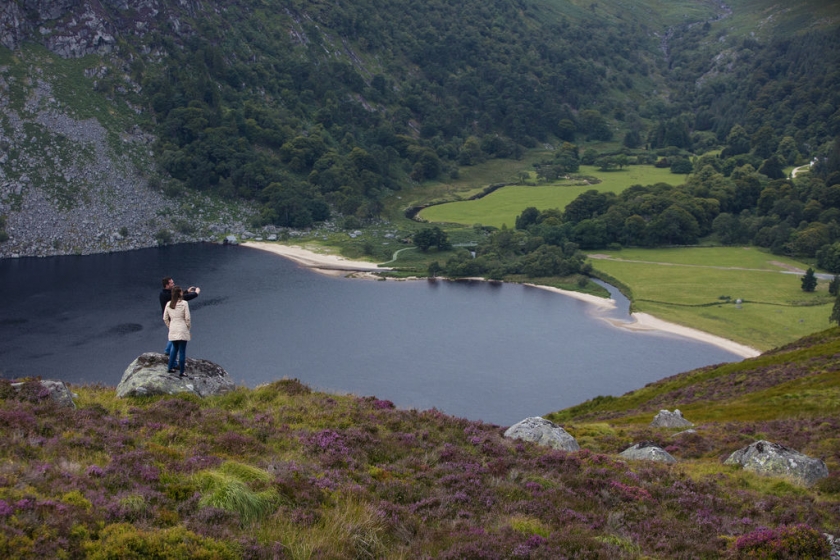 After some delicious food, head back onto the road to Enniscorthy – a quaint and beautiful town, the second largest in the whole of Wexford and where they famously filmed Brooklyn. Here, much like the rest of Ireland, you'll get such a warm welcome, you'll never want to leave.

Cathy Keane was our excellent guide – you can find her via Heritage Tours Wexford (highly recommended). For our Brooklyn walking tour, she showed us the famous Brooklyn bench, St Aidan’s Cathedral, The Atheneum (also a decent museum and where we reenacted some scenes from the movie) and Mrs Kelly’s shop.

Don't leave Enniscorthy without seeing its castle where you can walk in the footsteps of Anglo-Normans, knights and Elizabethan adventurers. Visit the dungeon, see the rare medieval wall art – The Halberdier, and visit the battlements at the top of the 12th-century castle to enjoy the amazing views of Vinegar Hill Battlefield and the surrounding town and countryside.

Leaving Enniscorthy, head south to the coast to see Curracloe Beach, a breathtaking beach where, of course, they filmed Brooklyn, but also movies such as Saving Private Ryan.

After the beach, pop in to meet Mairead Stafford of Ballyelland Pottery, her studio is in Castlebridge. She offers adult workshops if you fancy playing with clay.

Finish the day at the Riverbank House Hotel on the Slaney River Estuary and indulge in a three-course dinner at its stunning Drawing Room. 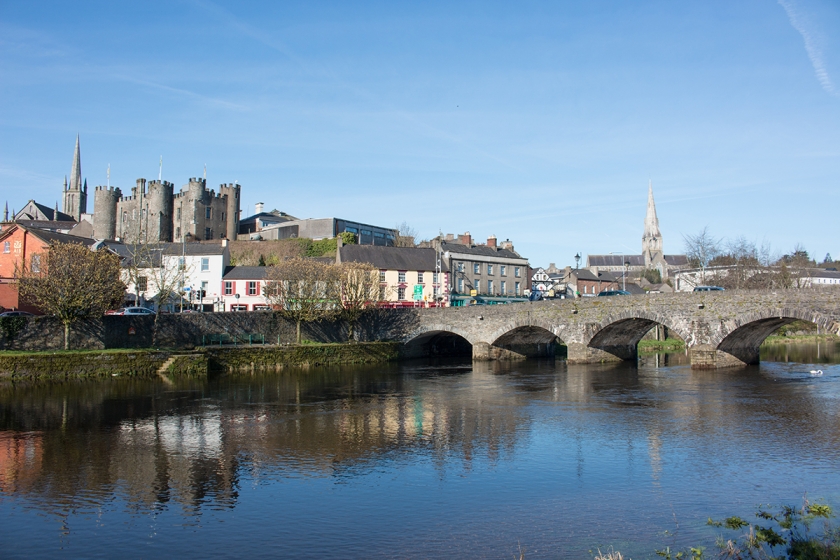 Start day two by following the Wexford Craft Trail on your way to the picturesque town of Borris in Carlow.

We stopped off at Varna Studio, run by blacksmith and designer Dainius Varnelis to see him making candleholders, and Kiltrea Pottery to meet gifted, local potter Michael Roche.

New Ross is worth a look if you have time. Located on the banks of the River Barrow, this is a good spot for lunch. Visit Mannion's, a popular pub on the outskirts of town.

After a fantastic day of crafts, you'll arrive at your final destination, Borris, to stay the night at the Step House Hotel, a hidden gem that lies close to Borris House, one of the most beautiful and historic Irish country houses with its stunning backdrop of Mount Leinster, the Blackstairs Mountains and the River Barrow. Considered the jewel in the crown of Carlow, you can enjoy a guided tour here – they run Tuesday to Thursday, from May to September.

For dinner, look no further than the Step House Hotel's multi-award winning Cellar Restaurant with its archways and vaulted ceilings. Try the Irish beef steak and finish your evening with a local Irish whiskey, if that's your sort of thing. 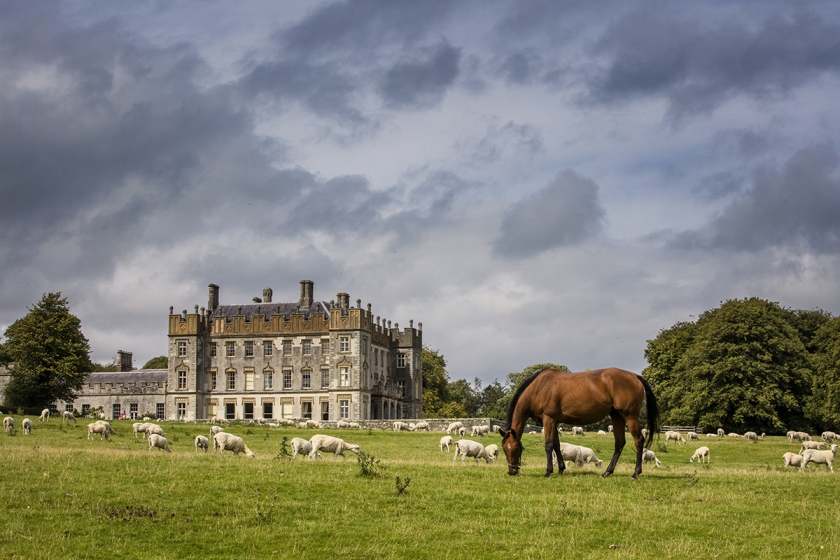 Depart Borris and take another scenic drive through rural Kilkenny to visit some of the members of the Kilkenny Craft Trail. There are, of course, too many to mention here. But one of our own highlights included a tour of Cushendale Woollen Mills in Graiguenamanagh where for generations, the Cushen family has produced quality textiles. We especially loved meeting Philip Cushen – a real character, and his wife Mary.

Next, head to Inistioge – a scenic village on the River Nore and another popular filming location. Check out the Old Schoolhouse River Café for lunch by the river.

Continue on to beautiful Thomastown and see some more studios on the Kilkenny Craft Trail. We loved meeting Clay Creations and, later, the lovely people at Jerpoint Glass in Stoneyford.

The Irish handmade glass company is a true family business. Established in 1979 by Keith and Kathleen Leadbetter, together with their small team of glass blowers, they have built Jerpoint into an internationally recognised name. Try out some glassblowing for yourself and go see their latest exhibitions at their on-site gallery. Watch the video below, courtesy of Dylan Vaughan, to see some of the team at work.

Back out on the road, head to the city of Kilkenny. This is where the famous Cartoon Saloon is headquartered. In 2010, it first feature film, The Secret of Kells, was nominated for an Academy Award and in 2015 Tomm Moore’s follow up feature, Song of the Sea, garnered Moore a second Oscar nomination and a first nomination for Producer Paul Young. We were lucky to have a behind-the-scenes tour and hear about some of their more recent projects, such as The Breadwinner, which is in the running for an Oscar this year.

Check in at Butler House, the former Dower House of Kilkenny Castle, which was home to the Earls of Ormonde who also built Kilkenny Castle, as well as its stables and coach house at the rear. Sweeping staircases, magnificent plastered ceilings, marble fireplaces and a charming walled garden are all features of this notable Georgian residence.

The superb location of Butler House gives you the best of two worlds. Through the front door you will find Patrick Street, a two minute walk to the centre of the city. Through the back, you will be surprised to find the internationally renowned Butler House Walled Garden. It's a charming Georgian garden, restored to its former glory in 1999 and boosting its own private entrance to the Castle Yard and Kilkenny Castle. 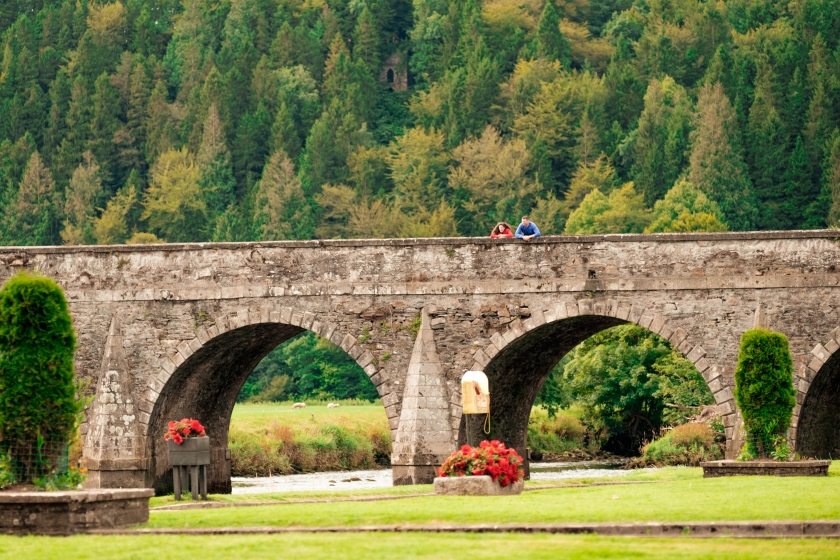 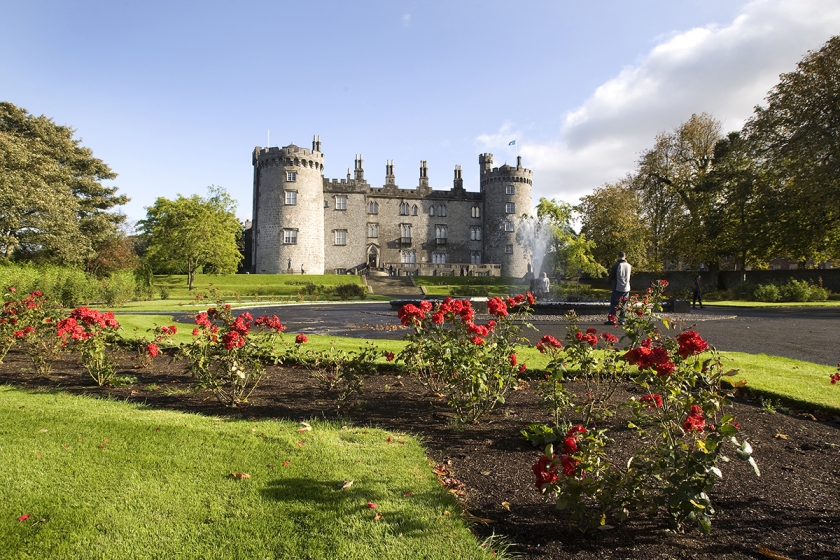 Once settled, spend a few happy hours wandering around the artists' studios at the adjacent National Craft Gallery in Castle Yard behind the hotel. And then explore Kilkenny itself. Check out Kilkenny Design and some of Kilkenny’s Medieval Mile.

Finish the day at Zuni, an award-winning restaurant just a short walk from Butler House. At the time of writing, Zuni is considered to be the best restaurant in Kilkenny, according to Tripadvisor. We tried the honey and cider glazed belly pork and weren't disappointed.

The next morning, before you head back to Dublin airport, visit Carlow and its impressive Visual Arts Centre – an iconic multi-disciplinary space with four world-class galleries to wander around. Alan Butler is currently exhibiting until 27 May.

Huge thanks to Tourism Ireland and the wonderful Antoinette Reilly of Fáilte Ireland and guide Mary Phelan for making our trip to Dublin and Ireland so special.

Take the art and crafts trail around Ireland