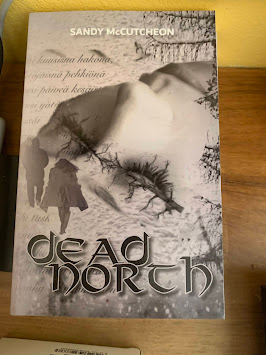 Available on Amazon or direct from the publisher - Beacon Books - https://beaconbooks.net/shop/dead-north/

The discovery of a woman, unconscious in a boat on London’s River Thames, launches Detective Inspector Nicole Parry into an investigation that everyone else, including the CIA and MI6, want buried. When the woman is interviewed in hospital she responds in a language nobody can understand or even recognise. Then she vanishes.

Against the orders of her superiors and in the face of deadly opposition from the security forces of Britain and the USA, and hunted by the Russian mafia, Nicole, suspended from duty, begins an investigation that takes her from London to Helsinki, into the wilds of Finland and eventually plunges her into the murky world of contemporary Russian politics.

Teaming up with taciturn Finnish Security Intelligence Officer, Pentti Toivonen, Nicole risks death and disgrace in order to stop a plot that is intended to unseat governments and unleash extremist forces.

Along the way the only clues appear to come from the ancient Finnish epic poem The Kalevala, and hinge on the theft of a mythical object – the Sampo. 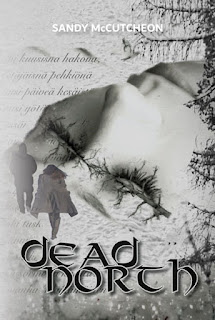 
This post first appeared on THE VIEW FROM FEZ, please read the originial post: here
People also like
How to Create a More Compelling Job Posting
18+ Adult Movies Of All Time To Fulfill All Your Sexual Fantasies| Lolita, Exotica and More
7 Reasons Why You Should Hire A Female Divorce Attorney
How To Run a Beauty Salon And Not Lose Your Own Beauty
Keeping in Touch – Chapter 1
The Eight Wives of Henry VI society (EWH6)
30-Day Fitness Challenge Ideas for Busy Moms