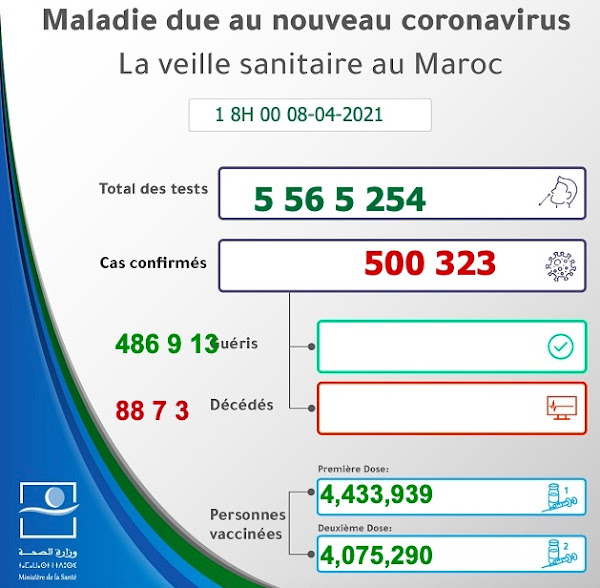 Morocco’s Government has extended the country’s state of Emergency until May 10. The government council announced the news today following its weekly meeting.
The council cited the increase of COVID-19 cases as one of the major reasons for the extension of Morocco’s state of emergency. The state of emergency enables authorities to take urgent measures, including the extension of curfew measures, travel bans, and movement restrictions.

Attracting Healthcare Talent in the P…
Most Beautiful Mountain Lakes in Swit…
Twitter Opens Account Verification Pr…
Why I Chose to Be Vaccinated Against …
What Is the Worst Credit Score?
On Wednesday, Morocco decided to maintain the current night curfew during Ramadan. Astronomical calculations predict Ramadan will begin on April 14. The Ministry of Islamic Affairs will confirm the date after the sighting of the crescent moon.
The state of emergency has been in place in Morocco since March 2020. To date, Morocco has confirmed 499 688 COVID-19 cases, including 486,349 recoveries and 8,867 deaths. The number of cases started to increase in recent days, with the government fearing the pandemic would spread further during Ramadan.
Mouad Mrabet, the coordinator of the National Center for Public Health Emergency Operations at Morocco’s Ministry of Health, said that the government’s decision to announce a night curfew during Ramadan is to prevent a second wave of COVID-19. “The government decision is none other than the extension of the precautionary measures adopted on January 13 to fight against the coronavirus,” he said. SHARE THIS!


This post first appeared on THE VIEW FROM FEZ, please read the originial post: here
People also like
Attracting Healthcare Talent in the Post COVID Market
Most Beautiful Mountain Lakes in Switzerland You Can Easily Reach
Twitter Opens Account Verification Program For Everyone; Here’s How You Can Apply
Why I Chose to Be Vaccinated Against COVID-19
What Is the Worst Credit Score?