MICHELLE MONE IS A THIEF 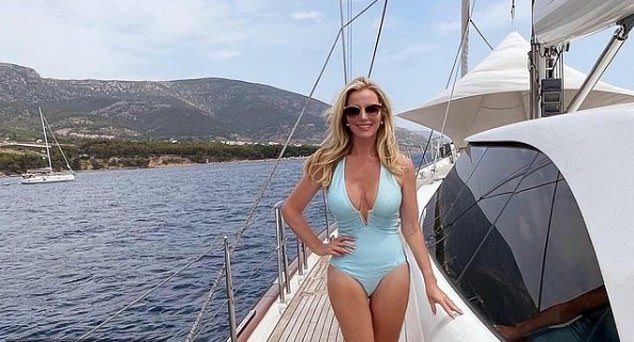 Michelle Mone is a thief. She should be in prison. She’s not. She’s either swanning through the House of Lords in ermine or disported on a luxury yacht in a bathing costume in the seas around one of the fiscal paradises in the Caribbean.

With a successful business selling knickers and bras, she was made the Baroness of Mayfair in 2015 by disgraced ex-Prime Minister David Cameron who, defying the rules, lobbied former colleagues for the finance firm Greensill Capital and pocketed ‘about $10 million’ before the company’s collapse, according to the BBC. 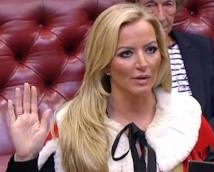 Small fry for Lady Mone. While nurses and doctors were dying during the pandemic from a lack of personal protective equipment, she walked away with £29 million of public money for supplying unsafe PPE that had to be thrown in the garbage.

As Covid fell over the land, the astute underwear entrepreneur quickly set up a company called PPE Medpro, which secured a place in the ‘VIP lane’ the government set up to prioritise companies with political connections. David Conn of the Guardian newspaper reported that Mone lobbied Ministers behind closed doors for a £200 million contract.

The Guardian reported last week that Mone and her children secretly received £29m originating from the profits of PPE Medpro, which was transferred to a secret offshore trust.

Labour’s deputy leader Angela Rayner has drawn up a list of parliamentary questions over the Department of Health and Social Care’s (DHSC) decision to award major public contracts to Baroness Mone’s fledgling company and whether it took into account the company’s tax record.

While that snails its way through Parliament, the 38 Degrees Campaign for people power and change has organised a petition calling on the Lords Conduct Committee to investigate and expel Michelle Mone from the House of Lords and ensure that every penny in profit that she took from the taxpayer is repaid immediately.

38 Degrees aims to collect 200,000 signatures. I signed. I was No 127,564. Add your signature by clicking this link: I want Michelle Mone the Thief to be Expelled from the House not Lords.

38 Degrees is a British not-for-profit political-activism organisation. It describes itself as progressive and campaigns for fairness, to defend rights, promote peace, preserve the planet and deepen democracy in the UK. 38 Degrees takes its name from ‘the angle at which snowflakes come together to form an avalanche.’

The post MICHELLE MONE IS A THIEF first appeared on Clifford Thurlow.

MICHELLE MONE IS A THIEF