From 2006 through to 2014, the pornographic channel, Sexstation was broadcast, then it briefly returned in 2018. Preeti and Priya, two iconic Babestation babes, were welcomed to the newly revived Sexstation for nude and topless shows, but for some reason, the newly redesigned Sexstation didn’t quite have the same attraction as it had all those years ago. Was the emotion of nostalgia missing? Trying to be too glitzy, perhaps?

Sexstation was a major innovator for the webcam business today. In reality, it was live sex on television. Sexstation started letting customers manage a remote-controlled camera in 2006. Then, starting in 2008, they started producing their very first extreme webseries. With a combination of webcam, open leg and girl-on-girl pervcam action. Viewers could access the same kind of phonesex chat they could receive on the other babe channels. Sexstation left the air in 2011 and branded itself as a web-only show up until 2014, when it changed its name to Babestation Unleashed. 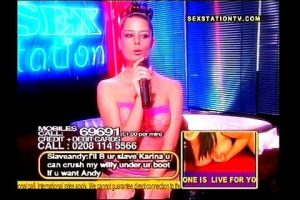 The post History Of Sexstation appeared first on The Official Babestation Blog.