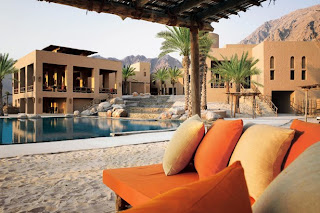 Muscat is Oman's financial and trade centre. Hamad bin Said took Muscat as Oman's capital from Rustaq between 1779-1792 and this has never since been contested. Today, under the leadership of His Majesty Sultan Qaboos, Muscat has improved beyond recognition, but has never lost its pride in its heritage and culture. 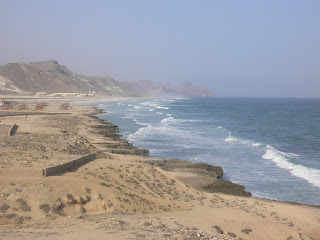 Set amid a verdant spread of date palms Nizwa Castle is a powerful reminder of the town of Nizwa's invincibility through turbulent periods in Oman's long history. The town of Nizwa has a strategic location at the crossroads of vital caravan routes linking interior, Muscat and Dhofar.

Located in Al-Batina region, the castle sets on top of a 200-metre rocky prominance in the foothills of the Western Hajar Mountains, overlooking the extended verdant palm farms of Nakhl countryside which gave the castle its name.

Located in Bahla; Ad-Dakhliyah region, the Castle is one of the oldest remaining strongholds in Oman and has been listed by UNESCO as a World Heritage Site in 1988. 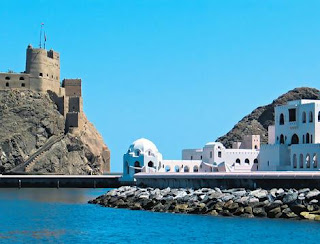 The Wadi is 76 Km from Qurayyat-Muscat. The road to the wadi dips as it crosses the bed of the ravine and rises steeply on the other side where the houses of Tiwi cling to the cliffs. At the mouth of the wadi is a single beach dotted with fishing boats.

Ash-Sharqiyah Sands (also known as Wahiba Sands) offer the romantic visitor desert in the accepted sense of the word. Rolling Sand dunes, varying from deep red to a rich honey colour sands stretching as far as the eye can see. 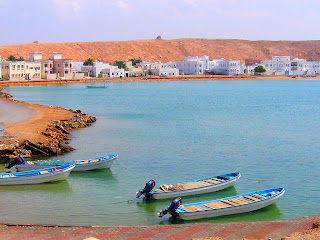 Located in Jibrin town in Wilayat Bahla; Ad-Dakhliyah region, Jibrin Fort resembles a remarkable blend of defensive architecture and sophisticated artistry. It consists of three floors and 55 rooms, and is penetrated by Falaj Jibrin.

Known as the Devil's Gap, Wadi Dayqah was described by explorer S. B. Miles in 1896 as the most singular piece of earth sculpture in Arabia. The wadi runs through a narrow winding vertical-sided canyon that looks as though the mountain has been split in two. The walls soar to 1,700 meters and close in to 12 meters in some places. 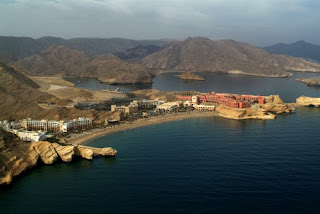 It is located approx 15 Kms from Al Hamra. Over here one can see an abandoned persian village perched on the sides of a steep cliff.Wadi ghul has a recharged dam built to stop floodwaters from washing into Al Hamra and to allow water to be stored and drained down into the Wadi bed.