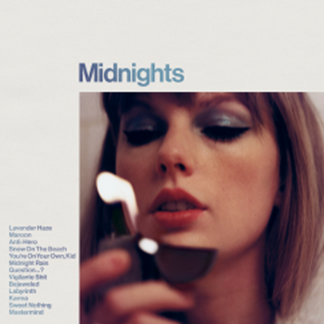 Taylor Swift scores one of the most historic weeks in the 64-year history of the Billboard Hot 100 songs chart, as she becomes the first artist to claim the survey's entire top 10 in a single frame. Leading the way for Swift on the Hot 100, "Anti-Hero" launches at No. 1, marking her ninth career leader. Swift now claims 13 of the top 15 spots on the chart with the entire standard version of Midnights.

The Queens of Pop: In The Mix
30 Cheap & High ROI Home Renovations …
What You Need to Know About Sydney Ep…
How to Lose Weight and Keep it off Pe…
The Best Passive Income Investments
All 10 songs in the Hot 100's top tier are from Swift's new LP Midnights, which, released Oct. 21 on Republic Records, blasts in at No. 1 on the Billboard 200 albums chart with the biggest week for any release in seven years. Meanwhile, as Swift adds 10 new Hot 100 top 10s, she now boasts the most top 10s among women in the chart's history, with 40. Plus, Midnights becomes the first album ever with as many as 10 Hot 100 top 10s.
Taylor Swift’s Midnights landed as the biggest album of the decade & biggest debut of her career with nearly 1.6 million total consumption in the US and 3 million worldwide. Midnights earned over 1 million US pure album sales in one week, the first album to achieve this since her own ‘reputation’ (2017). Midnights also broke the record for biggest vinyl sales week for any album ever and surpassed 1 billion global album streams in under one week, a new career high.
See below for the Billboard Hot 100 Top 10:
“Anti-Hero”
“Lavender Haze”
“Maroon”
“Snow on the Beach,” feat. Lana Del Rey
“Midnight Rain”
“Bejeweled”
“Question…?”
“You’re on Your Own, Kid”
“Karma”
“Vigilante Shit”