how to remove dark circles in 2 days
Natural Remedies For Common Health Is…
CBD Dog Treats, How To Make CBD Dog T…
2022 New Volcanic Flame Aroma Diffuse…
Canadian Pop Icon Shawn Desman Drops …
Touting jazzy production and melodic rhymes, “Monsieur Dior” is instantly catchy and effortlessly soothing. That blissed-out vibe is reflected in the video. Watch it below
While “Monsieur Dior” boasts a serene soundscape, the lyrics have a distinct edge. “I got a problem showing people love that I never had,” IDK raps on one of his contemplative, Instagram caption-ready bars. “This room is kind of dark, I’m trying to get it bright.” Produced by TK, the track samples "Huit Octobre 1971" by French jazz band Cortex — a groove MF DOOM fans might recognize from the renowned rapper’s “One Beer.”  In the cool black & white docu-style music video, IDK takes us with him to Howard University’s Homecoming and Dior’s show in Paris before paying tribute to the late great MF DOOM.
IDK is currently on the road with Pusha T as part of the rap icon’s acclaimed It’s Almost Dry tour where he is performing songs from Simple., an eight-track collaborative project with Grammy Award-winning DJ/producer Kaytranada. Also on the setlist is W13 (Free Slime/Drive) — two recent singles showcasing the rapper’s trademark witty bars and percussive flows.
In many ways, “Monsieur Dior” is a bridge to the next stage of IDK’s career. In 2021, he released his sophomore album, USEE4YOURSELF, launched his Apple Music 1 radio show, Radio Clue, and led a 10-day music business program at Harvard University in collaboration with No Label and partners NIKE, Logitech, GUESS, Brand Jordan, and Converse. This year he’s extended his existing partnerships and added HBCU’s to further his vision for No Label Academy. Last week he performed for thousands at Bison Madness- Howard University’s homecoming event in partnership with Jumpman. IDK's dedication to pushing boundaries is now on full display and he up’ing the ante with each release. 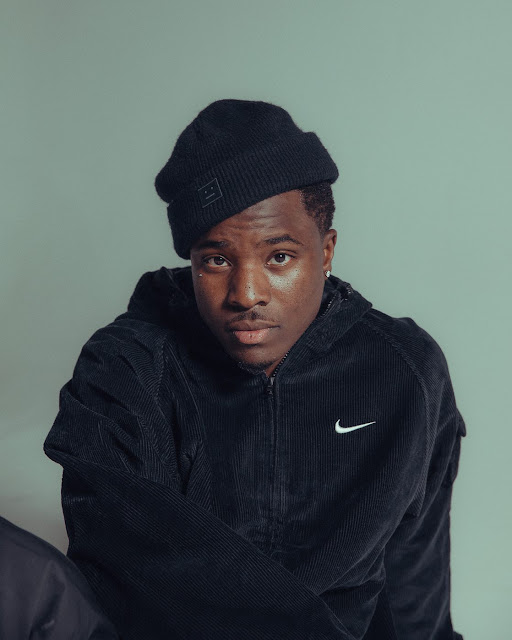