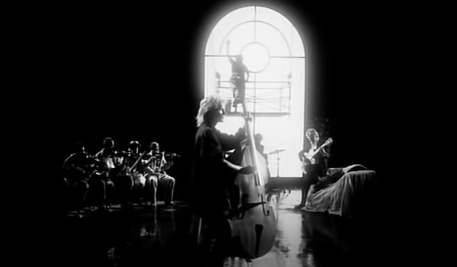 The Queens of Pop: In The Mix
Improving Mental Health Through Exerc…
green peas benefits for skin
Money Beliefs That’re Holding Your Bu…
MRS THATCHER’S DREAM
Among a plethora of the band’s global hits, “Every Breath You Take” is one of their best-known tracks. Released in 1983 but uploaded just 12 years ago, this is the seventh music video from the 1980’s to have reached a billion views. The video, shot in black and white, revolves around the trio performing the song, with Sting singing and playing the double bass, Andy Summers on guitar, and Stewart Copeland drumming, joined by a four-piece string section and grand piano highlighting the underlying musical parts of this classic Police track.
In 2019, “Every Breath You Take,” was named the Most Performed Song at the BMI Pop Awards with 15 million radio plays, from BMI’s catalog of over 14 million musical works. Last year, the song was also added to Spotify’s ‘Billions Club,’ having amassed over 1 billion streams on the platform.
The Police are one of the best-selling bands of all time, having sold over 75 million records worldwide. A dynamic three-piece comprising Sting (lead vocals, bass guitar), Andy Summers (guitar) and Stewart Copeland (drums, percussion), the trio is one of the most iconic bands to emerge from the original British ‘new wave’ of the late 1970s.
They became a global touring phenomenon throughout the early 1980s and are a multi-award-winning group with two Brit Awards, six Grammys and an MTV Video Music Award for “Every Breath You Take.” In 2003, the band was inducted into the Rock and Roll Hall of Fame.
Recording only five studio albums (four of which were included in Rolling Stone's 500 Greatest Albums of All Time list), the band also produced an extraordinary number of commercial successes and critically acclaimed hit singles. Their astonishing musical range and skilful musicianship, paired with Sting’s astute lyrics, successfully mixed punk, reggae, jazz and rock influences into a melting pot of ingenious songs that still stand the test of time today.
The band’s YouTube channel has over 1.5 million subscribers and features all of their music videos from throughout their career.
Listen to more from The Police: Spotify: https://ThePolice.lnk.to/SpotifyBestOfID Apple Music: https://ThePolice.lnk.to/AMEssentialsID Amazon Music: https://ThePolice.lnk.to/AmazonBestOfID Follow The Police online: YouTube – https://ThePolice.lnk.to/YTSubscribeID Facebook – https://ThePolice.lnk.to/FacebookIDInstagram - https://ThePolice.lnk.to/InstagramIDNewsletter - https://ThePolice.lnk.to/NewsletterIDWebsite – https://ThePolice.lnk.to/WebsiteID