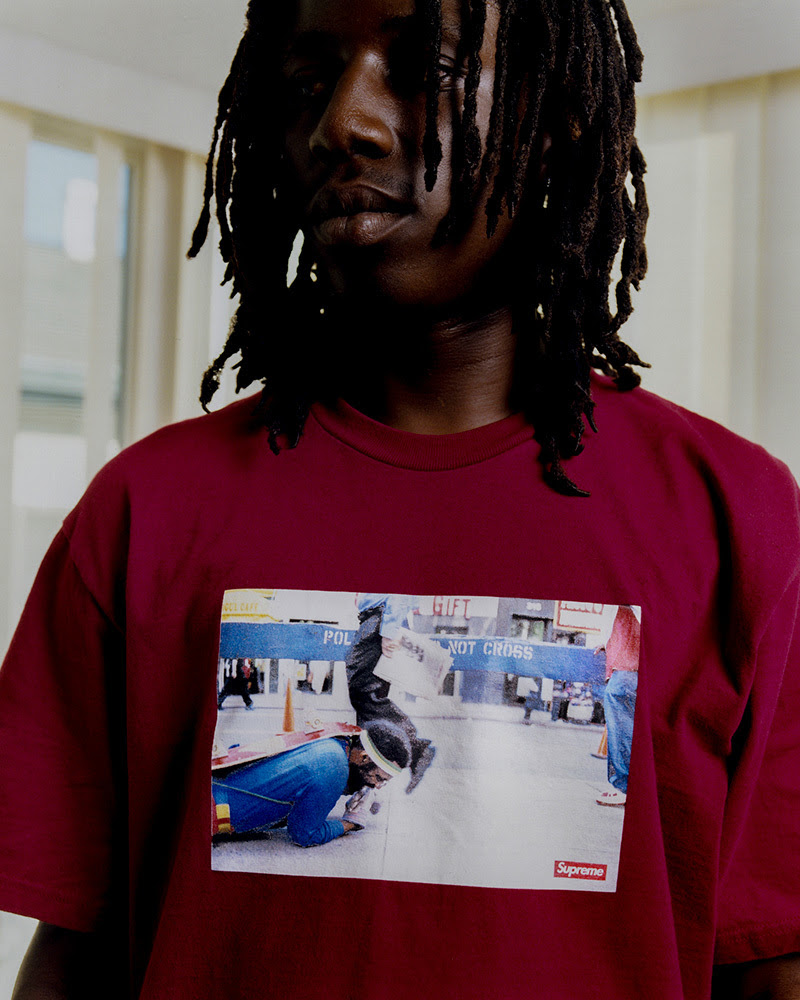 American artist Pope.L was born in Newark, NJ in 1955. He began graduate studies at Rutgers in the late 1970s, developing an interest in experimental Theater and performance. His actions largely occur in public and municipal spaces — many of which have taken place in New York, including at Tompkins Square Park and outside of a midtown Chase Bank. Referring to himself as “a fisherman of social absurdity,” Pope.L has employed a variety of strategies to explore complicity, power, race, class, gender, and embodiment. His work spans theater, intervention, painting, drawing, sculpture, installation, writing and video. It is at turns provocative, absurd, disruptive and vulnerable. 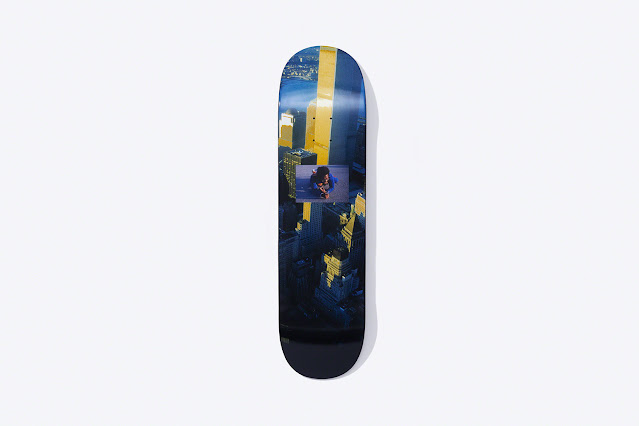 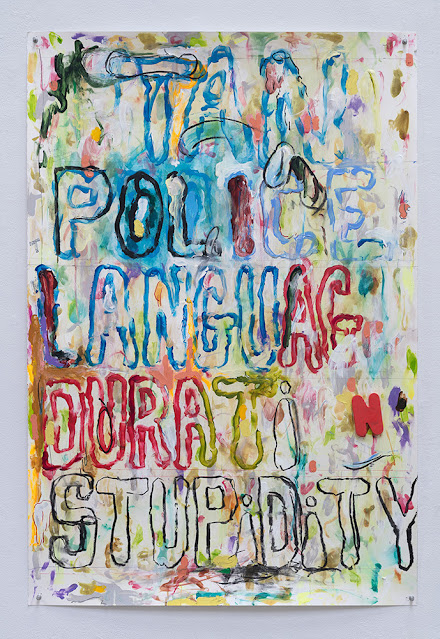 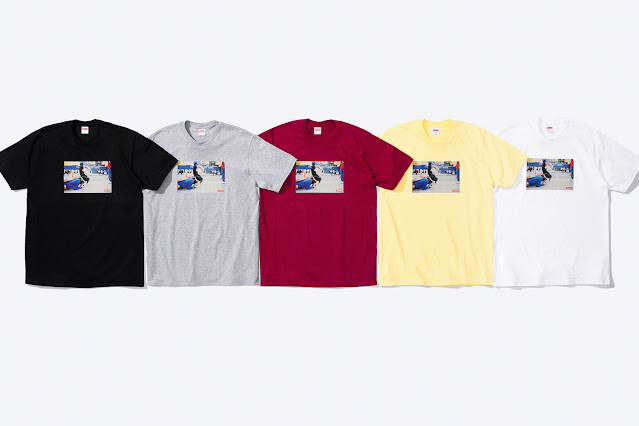 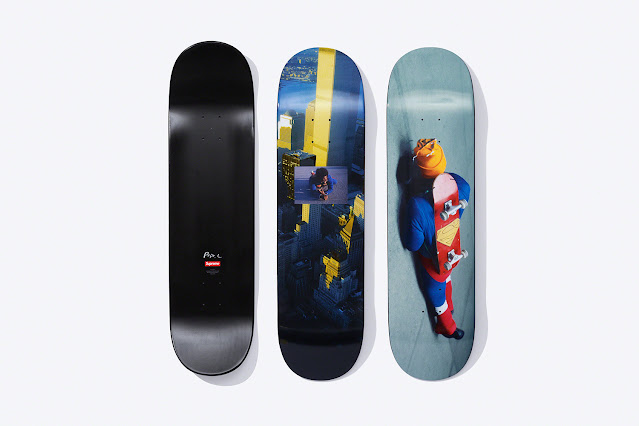 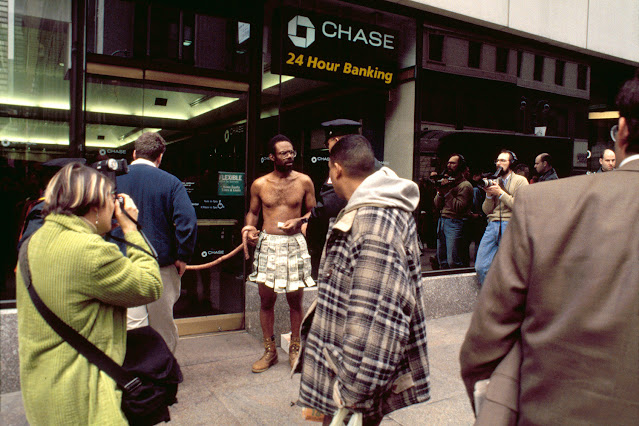 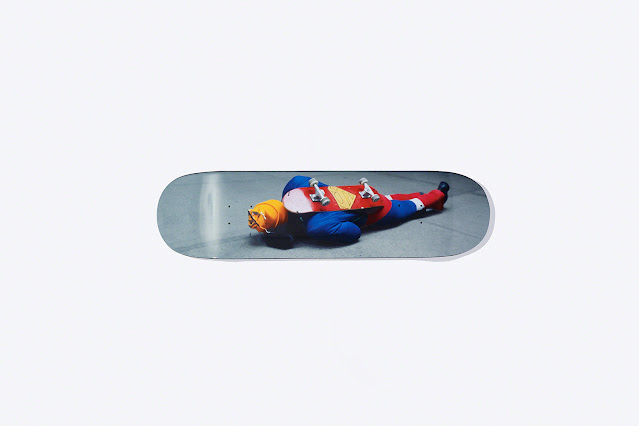 Some of Pope.L’s most well-known work are his arduous “crawls,” a series of street performances enacted over four decades. He first Crawled across 42nd Street in 1978, inspired by growing numbers of unhoused people sleeping on the street. In re-focusing collective attention on his own body moving through space horizontally, he considered “all those folks, who seemed inert and unwilling to lift themselves up by their bootstraps, starting to move as one,” and how such refusal to move up contains “this energy of moving forward.”
Between 2001 and 2009, Pope.L incrementally crawled 22 miles up Broadway, from the tip of Manhattan to the South Bronx, wearing a Superman costume and a skateboard on his back. These actions pose important cultural and historical questions. What gestures are accepted in what spaces? Whose gestures are accepted in whose spaces? How does a space frame an action? “As soon as you go outside, there’s this issue of where you are in space, and who owns that space,” Pope.L has said. “So I realized that I was setting up a tension when I crawled about being in space and how you’re located in that space – how you’re supposed to behave in that space, and who can own that space, and how you can own it.”
Supreme has worked with Pope.L on a new collection featuring imagery from The Great White Way: 22 Miles, 9 Years, 1 Street. The collection consists of a T-Shirt and two skateboards.
Available September 8th.
Available in Japan September 10th.

This post first appeared on FADED4U, please read the originial post: here
People also like
SALVADOR DALI AND RELIGION
paris jackson RELEASES NEW SINGLE “just you” OUT NOW - @ParisJackson
Chloe Grace Moretz Looked Incredible at “The Peripheral” Special Screening
Night of Terps With Degenerate Art Gallery, Indux Labs And Friends: A Hash And Glass Collector's Dream
Two Faces of AI Technology
Investing in Stocks and ETFs – How To Start
Top places to visit in the United States of America
Celebrate Wine Days at Sofitel Chicago
Is Sentence Structure Still Important for SEO?
The Time I Got Scammed For A Puppy