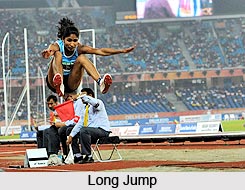 Indian Athletics has seen many changes, ups, and downs during its journey, so far. The history of Indian Athletics dates back to the Vedic era, when Indian people used to take part in various track and field events. With due course of time, the Indian Athletes started playing the modern day Athletics events in India like Long Jump, High Jump, Discuss Throw, Javelin Throw, distance running etc.

Top 10 Sites to watch Telugu Movies O…
Top 10 Best Sites Like GoStream To Wa…
With GiftstoIndia24x7.com, this Raksh…
Rug Mistakes and How to Fix Them
طريقة عمل دجاج هندي