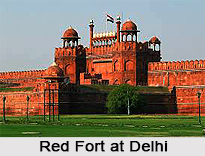 The World Heritage Sites are declared by the UNESCO in1972, the General Conference of UNESCO adopted a resolution with overwhelming enthusiasm creating thereby a ‘Convention concerning the protection of the World Cultural and Natural Heritage’. Receiving a special attention from UNESCO they are maintained properly for their cultural, traditional and environmental values. India boasts of being a land with numerous monuments, temples and national parks. Hence there are several places throughout the sub-continent which are included in the list of World Heritage sites in India which comprise both cultural and natural properties and are scattered in East, West, North and South regions of India.

The main objectives of the convention were to define the World Heritage in both cultural and natural aspects; to enlist Sites and Monuments from the member countries which are of exceptional interest and universal value, the protection of which is the concern of all mankind; and to promote co-operation among all Nations and people to contribute for the protection of these universal treasures intact for future generations.

The enlisted sites on the World Heritage list now stands at 830 incorporating both cultural and natural sites, and endowment that is shared by all mankind and the protection of which is our primal concern. From 1977 they have been working in close co-operation with other International agencies like ICOMOS (International Council of Monuments and Sites), IUCN (International Union for the Conservation of Nature and Natural Resources) and ICCROM (International Centre for the Study of preservation and Restoration of Cultural Property).The World Heritage sites in India consist of religious places, historical monuments, national parks and sanctuaries. 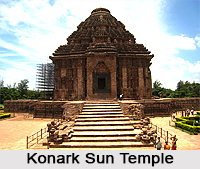 While the ancient ruins of Hampi, Bhimbetka and others reflect the splendid Indian architecture, the Sun Temple of Konark, Mahabodhi Temple and other such religious places are also part of the UNESCO recognised World Heritage Sites in India. The magnificent architecture of the Indian monuments, the antiquity of the place and the cultural importance are some of the reasons why these have been included in this prestigious list.