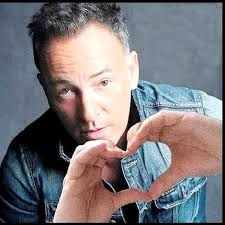 Now Bruce Springsteen with his "Valentine's Day" leaves us in suspense until the last lines, "So hold me close honey say you're forever mine, And tell me you'll be my lonely Valentine" but he's getting us on the right track towards an actual love song. Last year at this time I blogged on "Love Songs", so I won't repeat any of those but I stated that it (love) is the most written about topic, so there is never going to be a shortage of titles to choose from. Whether you relate better to one of the aforementioned or one of the following more romantic ones (some of them) there's a song for everyone on Valentines Day.

However Valentines day is not uniformly celebrated, the obvious being people who are just sick of the commercialization or those who have no reason or desire to partake. I seem to be ill informed on this but there are apparently anti-Valentine parties being held and anti-Valentine music and even anti-Valentine gift ideas which seems the epitome of irony from by standpoint. So I will explore more than one side of songs about love and not only so called Valentine's Day music.

Those of us with enough life experience know that love comes with the great, good, bad and sometimes even the tragic. Many songs are misinterpreted as being a 'romantic' song when in fact they are not, having said that many songs meanings are fairly ambiguous. If not for a broken heart many of the greatest songs may not have been written. I think also it is up for debate when we listen to the lyrics of a son as to who are we actually listening too? Do you listen to the 'singer' as in the first person or are they a narrator? If there seems to be a story about the actions of one person do we interpret them as the 'protagonist' as we would in a novel or a poem? Are they the 'speaker' or the 'author'? The later would in my mind place me in the head space of the writer, not the performer albeit sometimes one in the same. On the lesser side for a lack of clarity I think of "Every Breath You Take" by the Police. If you listen to the lyrics there is a love or relationship lost "since you've been gone" but the rest of the song is quite obsessive "Every breath you take and every move you make, Every bond you break, every step you take, I'll be watching you." Another is "She smiled at me on the subway, She was with another man, But I won't lose no sleep on that, 'Cause I've got a plan" from James Blunt's "Your're Beautiful". The song to some is the profession of a stalker, to many its a love song sometimes played at weddings.

Love songs often reflect the theme of a love desired or even a loved one lost, so it's not nearly the exclusive domain of the romantic ballad at all. Many speak of the love for a child, sibling, parent or friend. So a bit of balance if you will as I bring up one of the saddest stories of our time involving a song for the lovelorn. The lyrics only tell a small part as it's about a break-up, but the real tragedy is that both of the songwriters (and original performers) committed suicide and battles for royalties and song rights is cited as the reason. Way to bring in a 'downer' I know but its an important story to tell. This time of year can be difficult for those who have suffered the loss of love through any number of circumstance and we all deal with these challenging life events and depression in different ways, many turn to song for healing, and some avoid songs for that same reason. The often misunderstood song "Without You" (1970) was written by 'Badfinger' band mates, the late Pete Ham and Tom Evans. I myself have forgotten how great this band was but their original of this song would get little attention or recognition. However the cover version by Harry Nilsson released almost exactly one year later would hit #1 in the US, UK, Canada, and several other countries. The songwriters legacy is that many have and will find solace in this song and chose life and the metaphorical interpretation.

A song that came out almost exactly a year after (Nilsson's) on November 8, 1972 was "Perfect Day" written and performed by Lou Reed. Despite peoples allusions to heroin, irony and other meanings Reed said "its just like you hear it", a song about a perfect day spent by two lovers-in this case inspired by Lou himself and his then fiancée Bettye Kronstad's day at the park. Used as many might remember in the movie "Trainspotting" this song also has a fascinating cover history,  Duran Duran would have the most initial success with their great version in 1995,  then a version from the wonderful Kirsty MacColl with Evan Dando later the same year. In 1997 the BBC would commission a version as a self fundraising promotional piece, which people loved so much it was released (again in November) that year as a Charity fundraiser for Children in Need, leading to the largest contributions in six years. This version featured Lou Reed himself as well as dozens of big names such as Bono, Bowie, Elton John, Joan Armatrading, Emmylou Harris and Tammy Wynette.

Without mentioning "Valentines Day" specifically in the lyrics or meaning, these next 'classic' (aka 'old') songs are often circulated this time of year, some of the tried and true if you will.  You just can't go wrong with Barry White who got his start with his backing vocal and string instrument playing 'The Love Unlimited Orchestra' supporting the "Love Unlimited" trio of Glodean James, Linda James and Diane Taylor. "Walkin' in the Rain with the One I Love" written by Barry White it was their first hit and then followed by too many to mention now classic solo love songs like the smash #1 Pop and R&B hit "Can't Get Enough of Your Love, Babe" (1974). Covered about 20 times Daryl Hall & John Oates (2004).

"Let's Stay Together" was released by Al Green in 1971 and co-written with Al Jackson Jr. and Willie Mitchell. This hit #1 on both the Billboard Hot 100 and R&B Charts. Covered over 160 times, Tina Turner with chart with this song in 1983 and helped fuel a big comeback for her.

An unheard of term back when this music first came out, the now well known 'Soft Rock' genre has many love songs typically referred to as the "power ballad", “I Want To Know What Love Is” from Foreigner was written by band member Mick Jones. Released in 1984 it was a worldwide smash, hitting #1 on a dozen international charts. Beautiful vocals from Lou Gramm with backing of the New Jersey Mass Choir. Covered over 90 times, Mariah Carey (2009) and Wynonna Judd with Jeff Beck, released in 2004.

"How Deep is Your Love" from the 1977 'Saturday Night Fever' soundtrack album was written by the Bee Gee's band members Barry, Robin and Maurice Gibb. It was not actually written for the movie specifically but it was the initial single released from the soundtrack and would be the first of six consecutive #1 hits for the Bee Gees, also winning the Grammy for Best Pop Performance by a Group. This song holds lot's of memories for me as one of my many jobs while going to school was working as an usher at a movie theater when "Saturday Night Fever" was playing. It had such a long run we could walk in at any point in the movie and know the next line. I got so sick of the songs back then I gave my double album away to a friend name Louie, I knew he was a big fan so as I recall he was pretty happy. Covered over 180 times; Jonathan Coulton (2019), Straight No Chaser (2011), Johnny Mathis (1978). 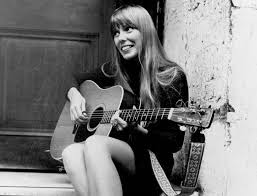 Getting off the beaten track in terms of smash #1 hit love songs there is Joni Mitchell's "A Case of You". For an album (Blue) that only hit #15 in the US, #9 in Canada and a very respectable #3 in the UK it is considered by experts in the business to be one of the finest pieces of popular music ever produced. Prompted in part as were many songs on the album by her break-up with musician Graham Nash, the well read Mitchell gained inspiration in this 'case' from both Shakespeare and German poet Rainer Maria Rilke for her lyrics. Like much of Mitchell's work there was no single released but if there was a lead song on this masterpiece it may be this one. Wonderful acoustic guitar accompaniment from James Taylor, Mitchell herself played an Appalachian dulcimer. People love to cover Joni Mitchell songs and why not, there's a wealth of material rich in meaning, quality music composition and instrumentation, yet her unique vocal talents are hard to match. James Blake (2011), Prince (2007), k.d. lang (2004) and my pick for the best cover Diana Krall (2002), if you ever get the chance its a marvel to see her piano playing and hear that voice live.

I will finish with what I consider to be one of the most beautiful love songs ever written, and I could list dozens more among my favorites that I have already or have yet to blog about but here is "Have I Told You Lately" by Van Morrison released as a single on a very special day for myself and my family June 5, 1989. On the 'B' side was "Contacting My Angel". Once again we have-in my mind a masterpiece, written as a prayer but now an enduring song for the ages that only peaked at #12 in the US and Ireland. It's hard to find more sincere words one could say to or about a loved one "Take away all my sadness, fill my life with gladness, Ease my troubles, that's what you do" Covered most famously by Rod Stewart.

I think songs of love are for everyone, whether you have a "Valentine" or not, Happy Valentines Day to all! ... I'm so very lucky to have 'my girls' 💘.


If you like my blog, please consider filling in the follow by email link at the top right hand of the page. Remember to confirm the subscription when you get the first email. Confidentiality is assured unless you are a close friend or family member then all bets are off. While I can compile data from my blog it's not tracking in terms of any one's identity. For past blog posts click on the menu at the top right corner. Pass it along to a friend who might enjoy it as well or post it to your timeline on FB. And many thanks as always for reading my blog!