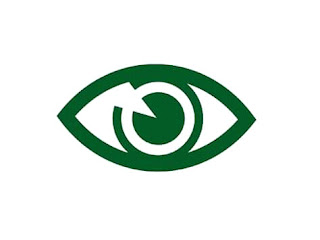 The social media and technological advancements the world is presently witnessing today are all good. But truth be told, the enemy has also taken hold of these means to deceive many and sow more tares and lead souls to Hell.

If you're one of those who love combing through the internet to catch up with the latest trends like I do, you'd probably already have a clue concerning what I'm about to say here.

While the sons of God are using the the internet and their gadgets profitably for Kingdom business, the sons of the devil are likewise striving to do the opposite. It is therefore our responsibility to expose their strategies when we are led to; in order to keep the sons of the Kingdom well-informed so that they don't walk blindly into the enemy's den!

The strategy which the enemy is presently employing is to try his best to ensure that his deception sounds and looks Biblical and lines up with the Word as much as possible. It is needful that Christians stay glued to the LORD and His Word in this season (as much they can) to avoid being caught up in deception and the great falling away that is already upon the Earth.

One of the tares the enemy is currently striving to sow into the Church is that of strange doctrines; doctrines of demons (as the Bible rightly puts it).

1 Timothy 4:1 KJV
Now the Spirit speaketh expressly, that in the latter times some shall depart from the faith, giving heed to seducing spirits, and doctrines of devils;

Now is that latter time and this prophecy is already in its fulfilment.

As I'm speaking to you, the world is witnessing a spiritual awakening in a proportion that it has never been witnessed before. The book of Daniel said that knowledge will increase in these days and times and that is exactly what is happening now!

Daniel 12:4 KJV
But thou, O Daniel, shut up the words, and seal the book, even to the time of the end: many shall run to and fro, and knowledge shall be increased.

Many are already running to and fro making discoveries and seeking spiritual experiences. Science has gone really spiritual especially with its attempt to pierce the veil that separates the spiritual and physical dimensions. It is a sure sign that the LORD is coming, sooner than we may think!.

The Third Eye: How I Got To Know About It

There is presently a mad-rush for spiritual experiences and I happened to find out that one of the most searched terms on Google these days is "how to open your third eye".

The day I first saw this, it actually caught my attention. I was compelled to find out more concerning what the third eye is about and how it lines up with Scriptures. During my research I found out that this teaching was extracted from Ancient Hindu texts (which is actually a different religion entirely). That gave me the answer I needed.

Initially I thought this doctrine was only propagated by the world until I happened to stumble on few videos of professed men of God (names withheld) on Youtube! These men with thousands of Youtube followers were teaching on how to open the 3rd eye and supporting their claims with Scriptures. I was really shocked!

Christians must be careful when it comes to who and what they listen to in these Last Days. Mature Christians are more safe; the ones who are new in the faith really need our prayers.

There are so many voices wearing religious cloaks and speaking today. The fact that they look religious doesn't mean they're all of God.

The Third Eye Vs Seers Gift

I'm not here to explain what the third eye is all about, I don't even care whether it exists on not. But you might had once come across such teaching or will likely stumble on it in future. I am here to tell you what's necessary. Where such teachings emanate from are occult in nature.

I happened to find out there are people teaching how to open the third eye as a form of activating the Seers gift. The devil is the author of confusion! Never confuse seeing with the third eye with the seers gift and don't desire such experience. It is esoteric and magic in disguise!

A Seer sees through the eyes of the Holy Spirit in them while people who see through their third eye do that through the demon which possessed them right during their attempt to open the so-called third eye.

No doubt that many who are preaching from pulpits and seeing people's phone numbers and undies right from the same pulpit are seeing with the third eye!

Unless you want to become a witch, warlock, a clairvoyance or psychic and lose your soul, don't feed on these "how to open your third eye" teachings that are currently flying around.

Unless you want to start seeing demons, communicate with the dead and have the devil pay you visits and send you on errands, don't feed on "how to open your third eye" teachings and don't try to put it into practice.

The LORD made it clear in His Word that He is against all occult practices and opening the third eye is one of them. It's risky to seek experiences which are not of God!

Deuteronomy 18:9-12 KJV
When thou art come into the land which the Lord thy God giveth thee, thou shalt not learn to do after the abominations of those nations. [10] There shall not be found among you any one that maketh his son or his daughter to pass through the fire, or that useth divination, or an observer of times, or an enchanter, or a witch, [11] Or a charmer, or a consulter with familiar spirits, or a wizard, or a necromancer. [12] For all that do these things are an abomination unto the Lord : and because of these abominations the Lord thy God doth drive them out from before thee.

1 Corinthians 6:20 KJV
For ye are bought with a price: therefore glorify God in your body, and in your spirit, which are God's.

I believe a brief word as this is enough for the wise. Those who have ears should hear.