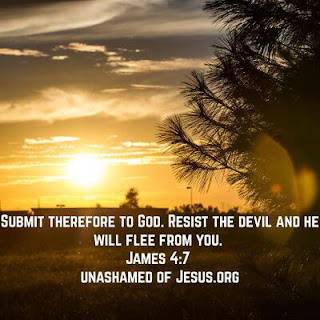 How To Overcome Satan and Keep the Enemy out of your business: I'm thankful to our Lord, Yeshua Ha Masiach for the privilege to write to you again. I pray the Word only returns after it accomplishes the purpose for which the Spirit sends it forth, Amen.

How Do You Get Bed Bugs?
It’s Me – Chapter 6
How to Keep Him Interested in You For…
Mini relatos lésbicos: «Silencio»
How to Declutter and Live in a Clean …
Keep The Enemy out of your Business.... What I imply by "Your Business" here is simply your life, your finances, your marriage, your spouse, your children, your job, and every other thing concerning you.
I believe no Christian wants the enemy touching or having influence on the things that matter to them. Except on very rare occasions like that of Job, which Elohim allowed every part of his life to be touched by the enemy, the Lord doesn't also want that for us. It is actually His will that we live above the influence of the Kingdom of darkness.
But yet, someone reading this can bear me witness that the enemy is touching, influencing and affecting negatively the affairs of many Christians today. But how come? The reason takes us back to the topic. We have the power to let the enemy have his field day in our lives, and we also have the power to keep him out.
It's funny to see how many Christians today quickly blame the enemy for every negative occurrence in their life, but yet we fail to look deep within.
The Lord has laid at our disposal all that is necessary for us to enable us live a Victorious Christian life, above every device and obstacle of the enemy. Scriptures says that we're seated in Heavenly places with Christ (Ephesians 2:6). That place is far beyond the level within which principalities and powers of darkness operate. Where Satan and his cohorts operate isn't  close to it.
It is for our good if we some times ask the Lord to show us where we've gone astray or what we've done wrong that opened the door for the enemy to gain access to influence the affairs of our lives.
Let's take a look at this Scripture:

John 5:1-14 KJV
After this there was a feast of the Jews; and Jesus went up to Jerusalem. [2] Now there is at Jerusalem by the sheep market a pool, which is called in the Hebrew tongue Bethesda, having five porches. [3] In these lay a great multitude of impotent folk, of blind, halt, withered, waiting for the moving of the water. [4] For an angel went down at a certain season into the pool, and troubled the water: whosoever then first after the troubling of the water stepped in was made whole of whatsoever disease he had. [5] And a certain man was there, which had an infirmity thirty and eight years. [6] When Jesus saw him lie, and knew that he had been now a long time in that case , he saith unto him, Wilt thou be made whole? [7] The impotent man answered him, Sir, I have no man, when the water is troubled, to put me into the pool: but while I am coming, another steppeth down before me. [8] Jesus saith unto him, Rise, take up thy bed, and walk. [9] And immediately the man was made whole, and took up his bed, and walked: and on the same day was the sabbath. [10] The Jews therefore said unto him that was cured, It is the sabbath day: it is not lawful for thee to carry thy bed. [11] He answered them, He that made me whole, the same said unto me, Take up thy bed, and walk. [12] Then asked they him, What man is that which said unto thee, Take up thy bed, and walk? [13] And he that was healed wist not who it was: for Jesus had conveyed himself away, a multitude being in that place. [14] Afterward Jesus findeth him in the temple, and said unto him, Behold, thou art made whole: sin no more, lest a worse thing come unto thee.

I know the story in the above passage often thrills us. How the LORD came by and healed a man who had no help. But verse 14 is often ignored.

John 5:14 KJV
Afterward Jesus findeth him in the temple, and said unto him, Behold, thou art made whole: sin no more, lest a worse thing come unto thee.

The same man the Lord healed, He later found him in the temple and told him clearly the cause of his sickness; the very infirmity that held him down for 38 years. Jesus was like,
"Bro, the cause of your sickness was because of your sin. You know that sin. I don't have to tell you, so go and sin no more if you don't want worse to happen to you next time."
As we can see in the Lord's conversation with the man He healed in the temple, a sin gave the enemy access into this man's life to afflict him with an incurable infirmity for 38 whole years....wow!
The enemy has a three-pronged assignment (John 10:10) against the sons of Elohim and he's so much passionate towards fulfilling them. At times, it seems he is set on auto-pilot to do evil. Since he is evil, he does evil, he can't stop doing evil because it is his lifestyle, so we shouldn't expect him to stop. God expects us to keep him off from our lives. He has enabled us to do so.
We can not choose to live in sin and expect the enemy to let us be and let everything go well with us. That doesn't happen.
GOD'S edge of protection is always present around His obedient ones. When we stray, we're literally removing that edge of protection from us and that opens the door for the enemy to come in and do what he likes.
NOTE THIS: IF THE ENEMY CAN FEED A CHRISTIAN WITH SIN, HE CAN OPPRESS THEM. THE ENEMY HAS NO POWER OVER ANY CHRISTIAN UNTIL THEY FALL FOR HIS BAIT.
If we value our marriage, one of the best ways to keep the enemy out of it is to stay faithful to our spouse and marriage vows. Adultery will open the door to many negative things we never dreamed of seeing them happen to our marriage.

Galatians 5:19-21 KJV
Now the works of the flesh are manifest, which are these ; Adultery, fornication, uncleanness, lasciviousness, [20] Idolatry, witchcraft, hatred, variance, emulations, wrath, strife, seditions, heresies, [21] Envyings, murders, drunkenness, revellings, and such like: of the which I tell you before, as I have also told you in time past, that they which do such things shall not inherit the kingdom of God.

The work of the flesh always has a 'now' repercussion, not inheriting the kingdom of God is the final repercussion. For every work of the flesh the believer allows is their life, a door is opened for unnecessary demonic affliction. And when he's in he'll never leave the same way he came in.
What am I saying in essence? If we must keep the enemy out of our Business, we must obedient, committed and faithful to God.
If the enemy attempts to afflict God's obedient ones without God's approval, he will definitely incur God's punishment.

Isaiah 59:19 KJV
So shall they fear the name of the Lord from the west, and his glory from the rising of the sun. When the enemy shall come in like a flood, the Spirit of the Lord shall lift up a standard against him.

It is our obedience that will strengthen God's protection around us. When GOD doesn't permit it, the enemy can not touch us and what we have unless we open the door through sin.

James 4:7 KJV
Submit yourselves therefore to God. Resist the devil, and he will flee from you.

Keep the enemy out of your business. The power is in your hands. Be blessed.
Share and leave your comments below.